I’ve not checked out the Monk LP yet. Apparently the tape for this was discovered in a skip!

I am delighted with the Traffic set. I have an original American pressing of Mr Fantasy with different track listing to UK version. I also have reissues of John Barleycorn and The Low Spark. Sound quality of new set betters those in my opinion. Only slight problem was with a little surface noise on side two of When The Eagle Flies? And the set doesn’t contain Last Exit, which you can buy separately. You do get WAV downloads, but I haven’t listened to those yet (already have CDs). I emphasise it is only a little surface noise on one side, which I’d probably lose by running it through my RCM.

I got my set from What Records, which was not only cheaper than the Amazon, but because they use DPD I was able to say when to deliver and they told me to within 60 minutes when it would arrive. What Records will accept a return if you’re not happy as would Amazon.

Thanks Tiberio,
Over on the Hoffman forums discussion there appears to be mixed feedback on the pressing quality although reports seem to unanimously suggest good SQ.

DATC, re. the Jazzman, do a deep search. I recently bought for a friend a few of the Rendell/Carr LPs from Germany, so there are possibly still some out there.

@Richard.Dane
Hey Richard, guess what? Jazzman re presses in stock, mine landed this morning.
Thanks for the tip 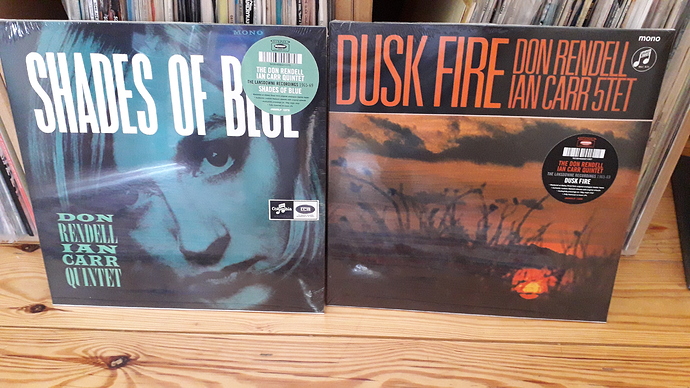 I emailed Gerald at Jazzman, he said their re pressing plenty of the individual titles but not the box set.
Not had time to listen yet but like the reproduction EMI sleeves for starters, I got these two as they seem to be regarded as the pick of the bunch but may get the others.
Incidentally, I notice that Don Rendell & Ian Carr appear on Michael Garricks Prelude To Heart Is A Lotus LP on Gearbox

Hi Richard, massive thanks for tipping me off to these, your right they really are special both musically and recording wise. My wife’s not a big Jazz fan but she commented how lovely these are, they’ve been welded to my LP12 all weekend and I’ve ordered the remaining three titles.
Cheers

I’m not surprised DATC, Dusk Fire and Shades Of Blue are two of the finest jazz albums ever released by anybody. Of the others, I would rank Live next closely followed by Phase III. Change Is is the only album by Carr & Randell that doesn’t get much play with me. In fact, out of my vinyl box set it’s the only one that hasn’t had any plays yet…

The others have arrived at my local sorting office but work means I can’t pick them up until Thursday, doh! I see Shades Of Blue out of stock at Jazzman already.
Have you heard the Michael Garrick Prelude To Heart Is A Lotus with Carr & Rendell on Gearbox Records?

200 gr lp. mastered and cut by Analog Production. Well ahead of the original! 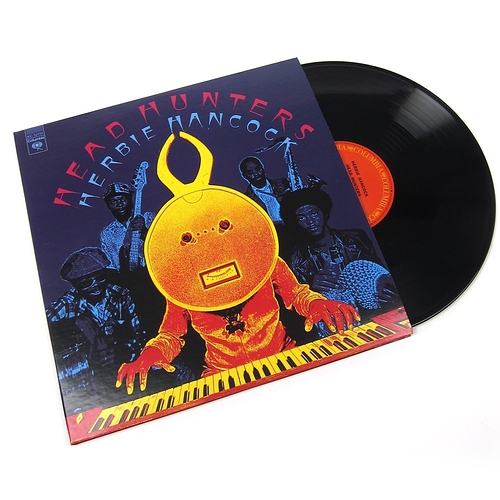 Yes, it’s very good but no Norma Winstone and not up to the standard of Shades of Blue or Dusk Fire

The postman dropped these off on Friday, splendid chap! 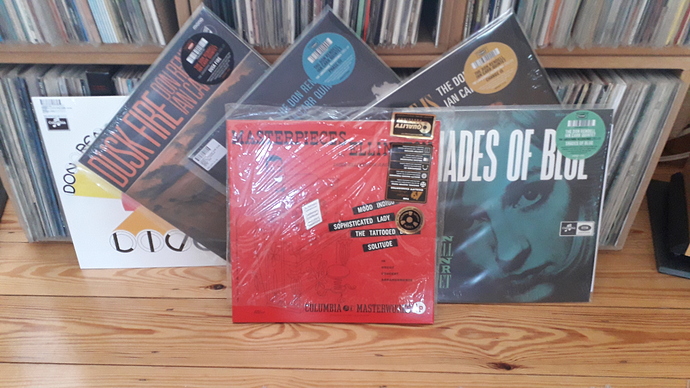 @Richard.Dane So far, I haven’t played Change Is or Phase III, but of Live, Dusk Fire & Sound Of Blue I’m finding a preference for Live. Both the copies of Dusk Fire I recieved are ever so slightly marred by ripping noise toward the end of Spooks on side one, sounds like non fill, still great stuff nonetheless

That’s a prettty decent list - the Ellington Masterpieces LP in particular is stunnng-sounding.

Your absolutely right Kevster, got the AP 33rpm pressing, hard to believe this was recorded in 1951!
For some reason the vocalist is simply credited as Yvonne, any idea what that’s all about?

On the basis of what I’ve heard so far this evening, I think we can definitely add these two from the Blue Note Tone Poem vinyl reissue series to the list. Top notch offering here with the nicest tip-on sleeves I’ve seen and immaculate pressings and great sound. Cut by Kevin Gray at Cohearant Mastering. Pricey, but I reckon worth it. 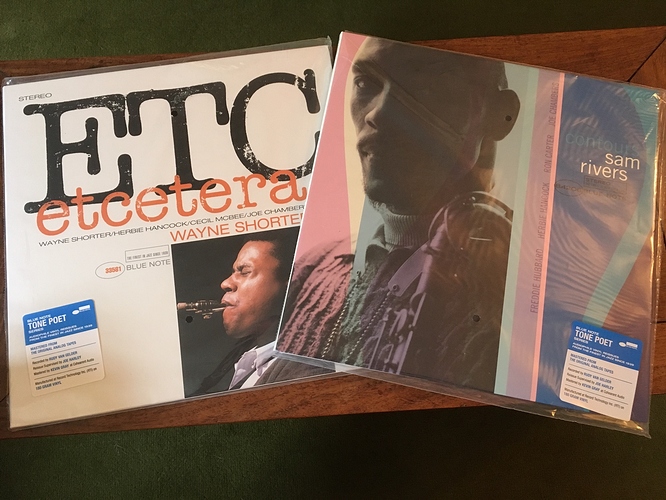 Yes, all the Tone Poet’s to date are great, continuing from where Music Matters left off ( I bought almost the entire 33rpm series)
The only two so far I haven’t bought are Cassandra Wilson (doesn’t really float my boat) and Gil Evans New Bottle Old Wine 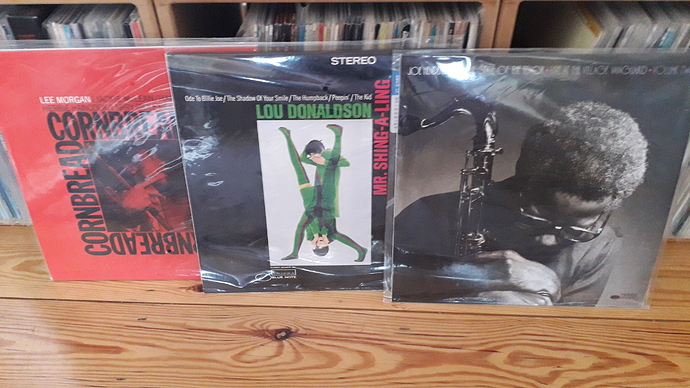 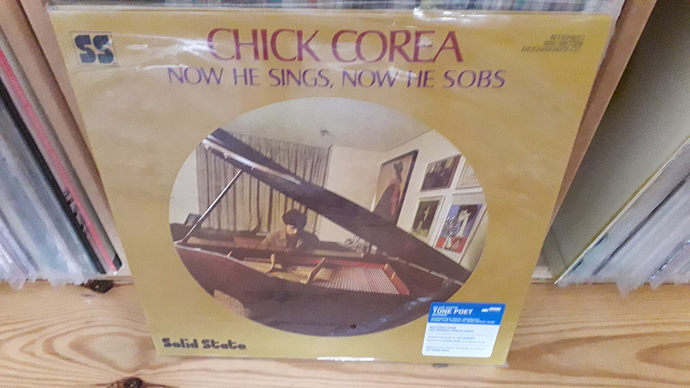 Incidentally with reference to The Day The Music Burned thread, proves what can be done when master tapes are properly cared for

Pricey, but I reckon worth it.

I agree, you gets what you pays for