I’d imagine this day lives in the memory of many forum members. It does for me - I recall spending all day as a 15-year old sat in front of the TV. These days my musical universe is bifurcated between pre- and post-Live Aid. Very much in favour of the former camp I’m afraid.

The reason for flagging this? In recent months the Live Aid folks have snaffled the tapes and have been issuing remastered tracks/films. I believe Midge is at the controls. In honour of the great Mr Ure, I give you the remastered ‘Reap the Wild Wind’ by Ultravox. God, what a day! 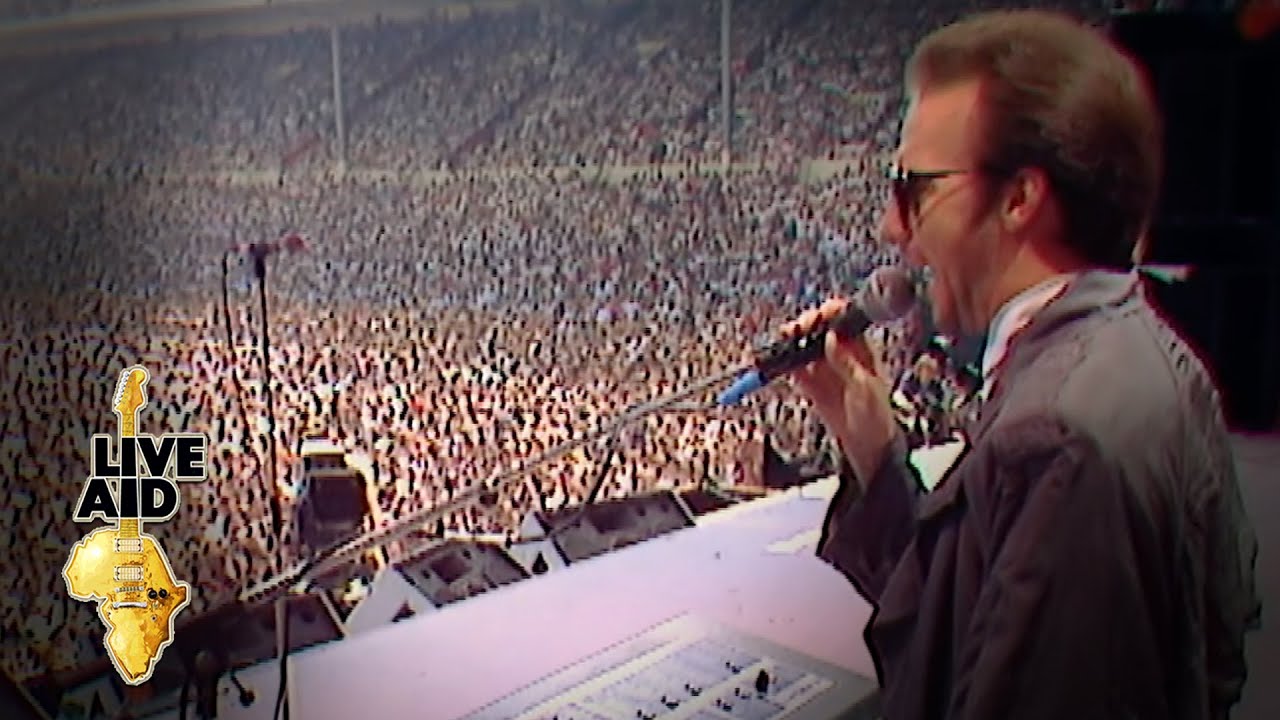 It wasn’t sensible to wear 2lbs of polyester on stage on the hottest day of '85, but Midge pulled it off. Great vocals. 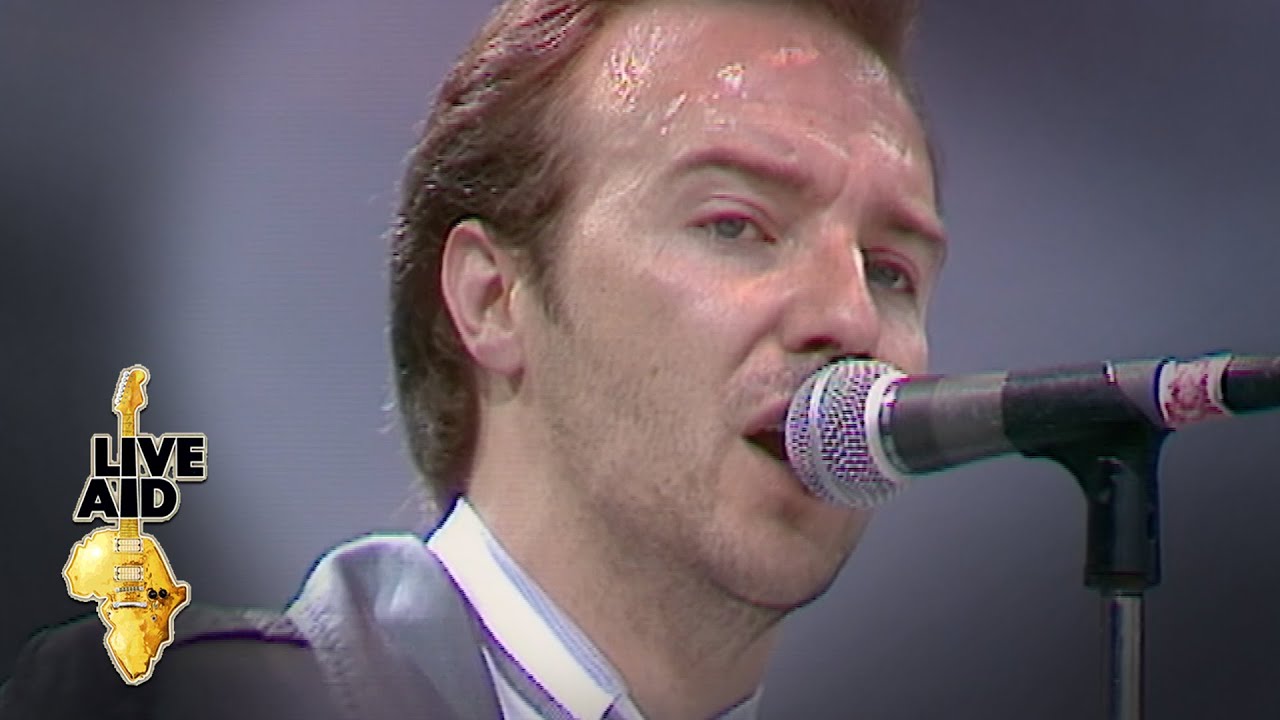 I vaguely recall going out for the day. The week before I’d finished my university course; seen Springsteen play to his largest crowd at that time at Roundhay Park and it was the day another Boris was in the news for winning at Wimbledon aged 17. Literally did not watch one minute of Live Aid as I wanted a weekend out with my mates back home.

Strongly recommend the song of the same name as this thread title by John Wesley Harding.

Nice story. Springsteen played several shows at Wembley Stadium the previous week - including an Independence Day gig on 4 July. His stage was left behind for the use of Live Aid organisers, who adapted it to incorporate a revolving mechanism to get bands on and off rapidly.

Bruce went on to play Leeds Roundhay on 7th July '85 and Boris won Wimbledon the same day. Hell of a weekend! 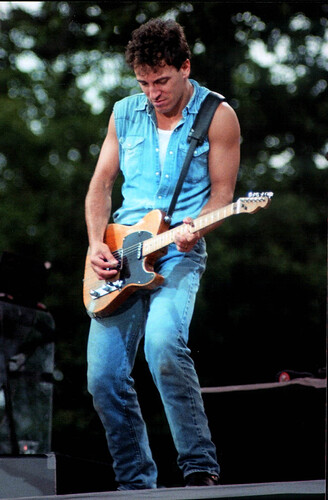 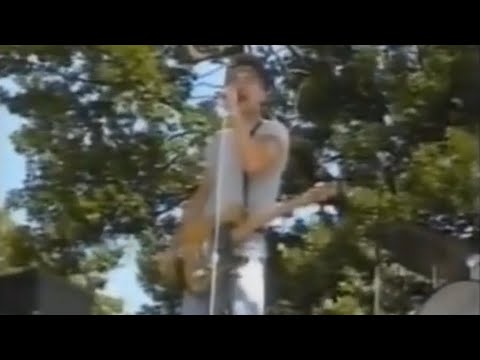 Almost exactly a month before my eldest son was born (11 Aug 1985). I watched the whole TV show with his pregnant mother.

I still have the bootleg cassettes of the gig. No idea why they’ve never put the film of the gig out as it was argosbly the best British gig he ever did bar, pf all places, the NEC a few years earlier.

Always remember it was a stunning day. Hottest day of the year at that point as I recall, although… Yorkshire

but we’d been threatened with rain for the start of the gig and there was something lovely about it holding off until the end of the encore and we all traipsed out after a day of sunbathing with a lovely light Summer rain.

In that context Live Aid meant nothing to me. To this day I’ve seen clips at most.

On Live Aid day I’d been granted an interview by the VP of a software company, with a huge salary compared to what I was on.

Annoyingly she was in New York, and I was in Delaware, so it meant a long drive in stifling heat at 55 mph (I couldn’t find a truck to Tailgate). Then finding a car park, then walking a fair distance to her apartment.

She opened the door, dressed in a T-shirt and shorts and burst out laughing “Only a Brit would dress like that in New York in the summer!”, I was wearing a thick woollen suit, collar and tie. I was a very soggy bloke.

The interview took a while (I’d taken my jacket off), she offered me the job and I traveled back home, missing practically all of the UK stuff, and was so tired I didn’t bother with the US concert.

I was living in Horsham at the time and my flatmate worked for United Rum Merchants, who were located there. He’d “legitimately acquired” a couple of bottles of white label, extra strength rum - he said they were samples. So, armed with a bottle of hooch, a large bottle of Coke as a mixer and a bag of Twiglets, I sat and watched the opening couple of tracks before…zzzzzz. I woke up several hours later with a steaming headache, having missed much of the action. God knows what was in that bottle.

Good gig was it?

Sorry for the cynicism, but did all that make any difference? Watched it all day with some friends remember it well though.

I went for a walk on the day, wasn’t too interested in the music/spectacle, but do remember watching Geldof’s urging for £££ at some point.

I remember Phil Collins playing the London gig and then heading off to Philadelphia to play again.

Interesting question. I’ve always thought of Live Aid’s impact as cultural - for good and bad - rather than political. Dylan Jones’ book on this aspect is fascinating. 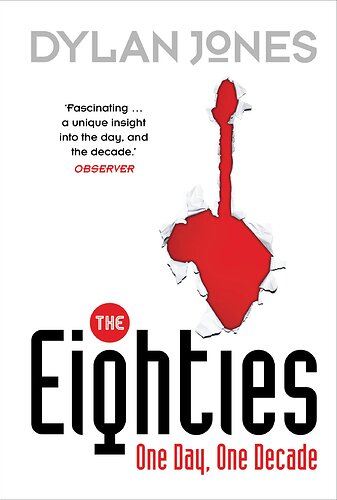 It’s 4pm in Exeter, 11am in Philadelphia, and around the world it’s time for remastered Quo…

And led to one of my favourite albums 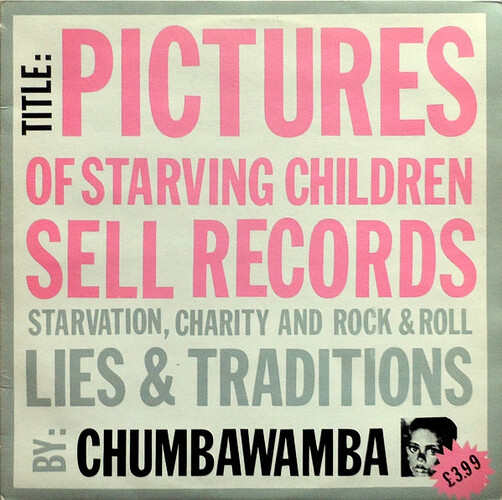 I remember the day vividly.
Two mates and myself got a coach down from Chester at 7am and got inside the stadium about five minutes before Quo kicked off proceedings at noon.
I took three rolls of 36 exposures worth of photos, some of the bands but mostly of the three girls from York we latched onto.
Many great bands. Queen were amazing and Elton John really surprised me - never a fan before Live Aid.
The downside was the 2½ hours it took to exit the car park then a stop at Watford Gap before finally arriving home at 6.30am. The major bummer though was the local photo shop somehow ruining the undeveloped film rolls and losing the phone number of the girl from York.
Oh, and that harrowing film they showed ruined The Cars “Drive” for me. Can’t hear it without seeing those poor kids now …

On Saturday 13th July 1985 I went to see IQ at the Marquee Club in London. I lived about 3/4 hour away, and had watched Live Aid on TV in the afternoon until time to set off. The Marquee had it on a projector screen, and playing through the sound system until it was time for the band. Afterwards went home and watched for several hours.

Not everything was to my taste of course, but there was a fair sprinkling, and the event was like no other. The atmosphere there must have been tremendous.

I learnt afterwards that the husband of one of my wife’s friends had been given two tickets through work - but wasn’t interested and didn’t go. I’d have gone to Live Aid at the drop of a hat notwithstanding having tickets for IQ, as I could easily (and did) see them on other occasions. 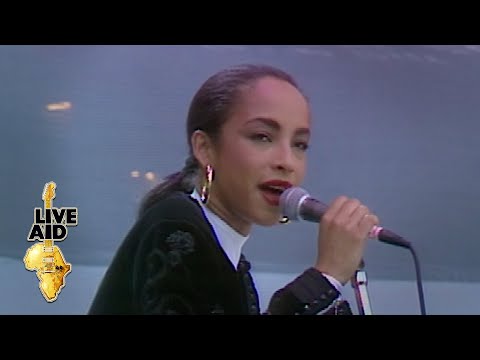