Has anyone noticed the current trend for broadband providers to use the expression ‘more reliable broadband’? The one I hear all the time is O2 saying ‘5 times more reliable broadband’. Now what the hell does that mean? Are they saying the feed to the house is somehow better? And, if so, was the old connection really that crap?

Well after a number of very lengthy spells of no virgin broadband we left for BT……
The virgin “retentions” lady was at pains to tell us BT broadband would be much slower than virgin……my wife pointed out that you can’t get slower than zero with virgin and no engineer slot for 3 weeks. The lady gave up and we left.

was the old connection really that crap?

Reliability is about the probability of failure. Therefore, it can only be measured with a large sample of failures. In mechanical and electrical components the failures are often random and age related. There may well be many different failure modes, but through careful mathematical calculation these can be combined into a single overall figure for a system.

Attempts are made to extend the concept to software where failure is a consequence of logic faults and/or system demands which exceed designed capacity.

The failure of broadband is probably more in the later category. Given the same situation it is quite probable that the system will fail every time.

Broadband systems are also highly dependent on the connection. Transmission errors have built in recovery mechanisms which trigger adaptation by speed adjustment.

As you have already guessed this claim is probably pretty meaningless.

That’s a coincidence Gazza, just a few weeks ago I was chatting to a nearby neighbour about broadband.
He has Virgin and is not happy, it doesn’t give the super high speeds as promised & drops out a lot.
The chat ended up that I invited him & his laptop around to try my pedestrian slow 74/19 BT, we viewed some Netflix & ran a download. He was very taken aback.
He asked about drop outs and times off line I could only say I haven’t had anything of note since 2014 when I had BT in to remove old wiring & move the house input point & apart from a few grrr phone calls over the older rubbish routers, BT are doing it for me.
Anyhow, long story short, he is running out the time left on his Virgin contract & moving to BT.

Virgin Media Ireland advertise their services as 99.9% reliable, so I have a ‘3 nines’ metric.

And there is little if any service interruption. I have their Router in Modem-mode and my own Router & WAP for WAN-LAN, DHCP, Firewall, WiFi etc, which fires me an Email alert when the WAN is down (and logs it). And I struggle to remember when the last one was.
So it can be done.

Whilst I haven’t a clue how the OP’s “5x more reliable” is assessed, this one seems more meaningful, to me suggesting that 99.9% of the time it works (well). Now, that might not seem too bad if it means 1 hour down in 1000 (or even 1 day in 1000 etc). But sods law is likely to have it that the 1 hour down may always occur when you want to use it, the rest of the time when you’re not actively using it - so if you actively used for 6 hours a day that might be 1 hour in 250 hours of your use….

However, and I guess more likely, it could mean 1 in 1000 customer hours (customers x hours), which if faults are equitably distributed would effectively mean the same thing, but the bad hours might disproportionately affect a minority of users, so if faults only affect 10 in every 1000 users, that is 1 hour down in 1000 multiplied by 1000/10, = 100 hours down in 1000 for those unfortunate customers…

Similar experience with Virgin here too, it never reached the advertised speed and outages were frequent. Some of these were “planned” outages but it doesn’t make it any better when you have no broadband.

Well based on a reliable figure of 99.9% (3 nines), this allows for an annual outage of 525.60 minutes, which is 21.9 hours.
I certainly have received a better service than this, within the last 3 years.
Say a ‘service bounce’ of under a minute twice a year, translates to an availability figure of 99.9996% which is 5 nines, which is ‘enterprise’ levels.

So, for the quoted “three nines” others presumably get more than their fair share of outages, you appearing to be one of the lucky ones - and that seems consistent with other people’s reported experience here.

Yes, but you have less than your share if three nines, so presumably others have more! Though one hopes the quoted standard is worst case.

First of all, apologies, it’s NOT O2 with this claim it’s Vodafone. 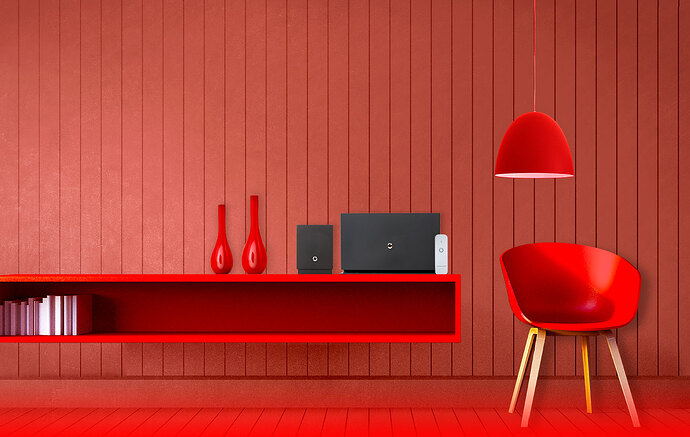 Vodafone has overtaken BT and is now offering Full Fibre, the most reliable broadband technology, to more homes than anyone else.

“According to Ofcom, Full Fibre is five times more reliable than copper broadband. Vodafone has been investing in this technology since 2016 and delivering a product up to 25x faster than its standard broadband.”

Oh and it’s not specific to Vodafone… to me, it reads as simply saying FTTP is better than FTTC.

In about four years of full fibre we have had outages totalling around seven weeks (off for a couple of days after a farmer caught one of the overhead cables with his tractor, five weeks when a motorist knocked down a telegraph pole and a couple of weeks when a bird nicked a load of fibres from the cabinet as nesting material). That’ll teach us to live in the countryside!