Today is the 50th Anniversary of the release of Marvin Gaye’s What’s Going On.

Please share your thoughts, your experiences and your favorite releases of this iconic record.

A great album and i often use it as a system test, can it convey the “soul” of this great recording. A friend took me to a neighbour of his to listen to this “wow” system. They loved it……but i put this album on……it was clear, detailed etc……but had no “soul”, it sucked the life out of the record.
Another artist taken too soon, wonder what other gems he might have recorded?

Back before all of this Hifi nonsense during my late teens and 20’s I can only ever remember this record sounding great but like many records the better my Hifi got the harder it was to finding a copy that didn’t sound muddy and as you say soulless.

First press didn’t sound great, Abbey Rd worse So I splashed out on a Mofi One Step One and on my then system even that disappointed. Now though after several changes the One Step sounds excellent full of Soul and clear as a bell.

All the versions I have heard - even on my iPhone - sounds awesome.
What’s going on ?
Whatever’s going on is going on and on and on…

Of course @TOBYJUG and thanks for your contribution it is all about the music first and foremost and however you listen to it, it is how it makes you feel that is important.

As I said earlier this in thread before all this hifi nonsense I never gave a second thought to what release I bought or which pressing I was listening to because it was just about the music.

A fabulous record. Similarly I have not had much luck with it on vinyl. I avoided the one step as I was concerned about the side breaks and sprung for the Abbey road half speed box set. The main LP disappointed, I suspect the tape used was suffering, but the Detroit mix was a revelation.

Yes luckily I’d downloaded the Abbey set before I sold it on and so have the Detroit mix on file.

Love it, and relish the fact it’s been referenced in recent Marvel movies/TV (Captain America/Falcon and the Winter Soldier), so younger generations are discovering the music and the message

One of my all-time favourites.
I have the 2CD Deluxe version. Also have a 1990s Japanese reissue. I bought that together with Stevie Wonder’s Innervisions that was part of the reissue series. I don’t have any other vinyl version to compare but it sounds very good to me.

I find there are very few soul/funk reissues in general. Of course What’s going on is a classic, but why not reissue a lot more Tamla, Stax…artists.
There is one Aretha or two reissues, one Temptations, one Isaac Hayes ( Shaft)…some more, but very very few. A bit sad I feel.

Isaac Hayes Hot Buttered Soul has been reissued on vinyl a few times, including one by Mobile Fidelity. Aretha is very well served, including her earlier Columbia output on Speakers Corner.

In fact, speaking of Speakers Corner, their recent Donny Hathaway reissue was sublime and well worth getting.

The Staple Singers box set from Craft is excellent and still very much available. As too is the Curtis Mayfield box set from Rhino - one of the highlights from the last couple of years. We just need a similar set of Curtis’ later output…

Curtis’ debut album has had plenty of vinyl reissues in recent years. Unfortunately, most of them haven’t been very good. I bought a couple, one on red vinyl (must have been back around 2003?) that was really flat sounding and I didn’t keep it for very long. The recent 2019 reissue that came in the Keep On Keeping On box set was cut by Chris Bellman at Bernie Grundman’s, pressed at Optimal and is excellent. Well worth getting the set. 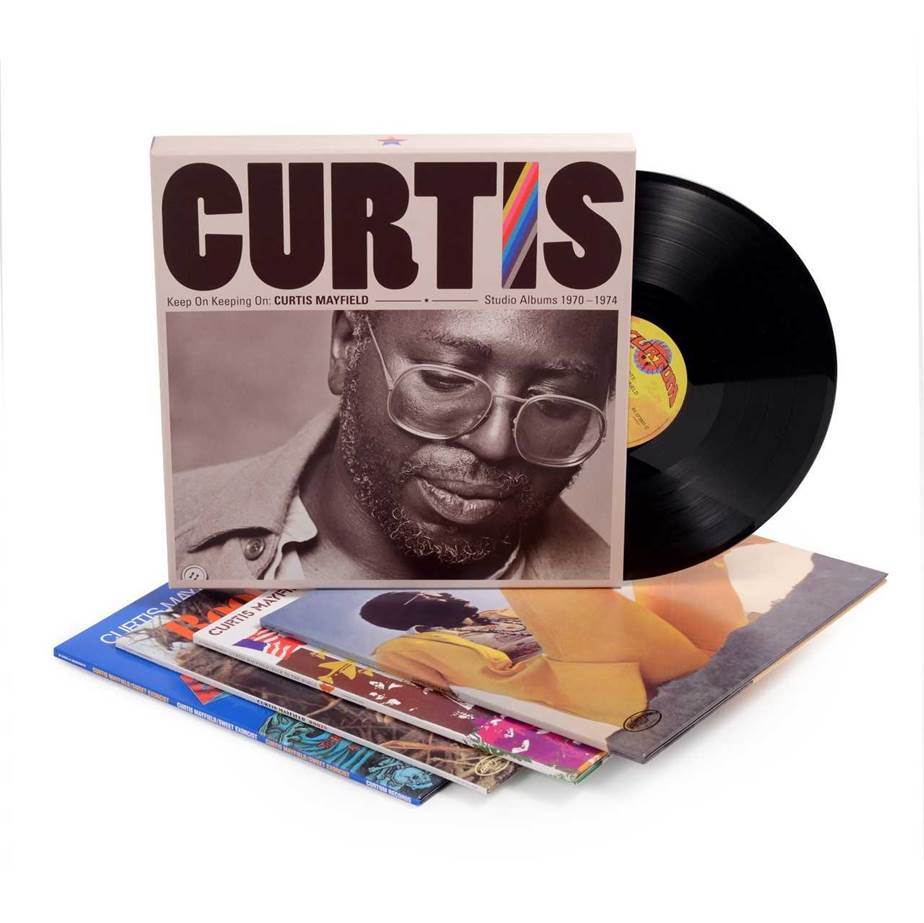 Anyway, we’re moving a bit off topic now; this thread is about Marvin Gaye’s What’s Going On?.

It’s very rare that you have an LP that has to be played in it’s entirety because it isn’t just a collection of songs for me at least it’s seen as a single body of work that I always listen to all the way through.

I will not respond, I will be out of topic

More seriously, be it Marvin Gaye or Curtis, I very rarely listen to the entire lp. I prefer to choose my favourite tracks, even if it’s not straightforward on a turntable.
I have also my favourite albums for each artist, I don’t like all the albums.
Sorry, back to to Marvin Gaye.

And also important that it’s an album played right through without pause or interruption, which, while unavoidable with the original LP, was an issue compounded with the Mobile Fidelity 45rpm One-Step, and that rather put me off. To that end, it’s the CD that I tend to listen to most.

Same here, I have a LP but only heard it once, usually I hear the (ripped) CD

Yes the One Step can be annoying and can break the spell sometimes but find the better fidelity is worth it. Listening to LP’s right through is something I’m really trying to do more of a quick skip through and then up on the shelf until I remember it again seems a waste I keep telling myself one day when I stop working I’ll listen to them all but some just demand you do so if you know what I mean and WGO is one such LP.

Off topic I know but there is a Cohearant Audio KG cut of There’s No Place in The World… on blue vinyl Sound of Vinyl still have a couple.

I’ve been on the fence over getting this since it appeared back in February. The relatively high price, blue vinyl and the GZ pressing are the problems. If only it were on black vinyl and pressed by RI, Pallas, or even Optimal. I will no doubt succumb sooner rather than later…