A blast from the past

I’m in the middle of sorting out my parents’ house and came across a pile of my old Hi-Fi mags that had been stuffed up in the loft for the last 30 odd years.

I’m looking forward to having a nostalgic read 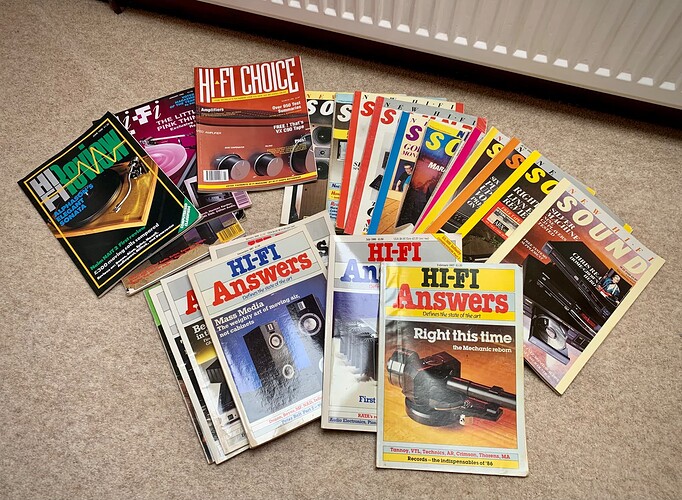 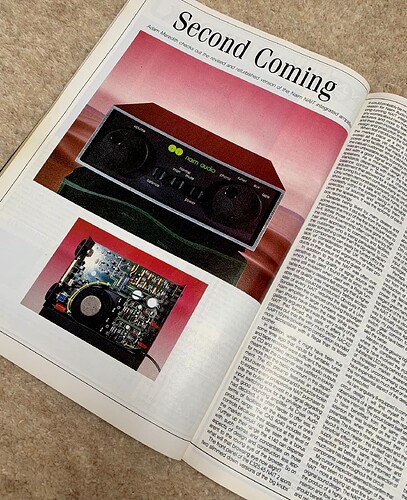 I had every copy of HiFi Review. I was mortified when it became apparent that it had ceased publishing. After having read every copy 500 times I flogged them all for a tidy profit

Is that @Adam.Meredith being credited as author of the Nait 2 review?

I used to keep most magazines of all flavours for a few months, then give them to my GP or dentist for their waiting rooms.

Wouldn’t suprise me if they still have some of them?

I doubt it, Pete. Most GP surgeries cleaned out all ‘touch’ items, including magazines and leaflets, at the start of the pandemic.

There’s been a purge on items in the waiting room for years - eg children’s toys - on the grounds of infection spread risk.
The evidence base supporting this is vapour…

Is it allowed/possible for the review of the Nait 2 to be photographed and posted here?

Generally though, these old mags still make for interesting occasional reading and provide some context against which we can compare today’s offerings.

Yes, I am guilty of hoarding old HiFi magazines from the past. I bit the bullet recently and took most of them to the recycling centre (I know, sacriledge !) but I needed the space. I’ve kept a few examples though, and have pretty much all of the HiFi World magazines since the first issue.
I wish that they published an index of their reviews and dates though, like HFN & RR did.

I’m intrigued by your comment “peak Peter Belt mode”. In the early 70s I went to Audio T in London with the intention of buying a pair of Koss headphones and came out with a pair of bright yellow PWB phones. I was told the initials stood for Pete W Belt. I loved them. Are you referring to the same company?

Indeed it is the same company. In later years he moved towards more ‘unconventional’ accessories which were picked up by a few journalists, notably Jimmy Hughes writing in Hi-Fi Answers.

Thank you for that. Small world!

Been there, done that, no tee-shirt though!

I used to keep my hifi mags in old egg-boxes. Started collecting them at the end of 1969. A few years later, I gave loads to a couple of friends who were interested in hifi. Took the rest with me and put them in the loft when I moved into a new Barratt flat with my wife. I had so many that I had to stack them on an old table top so that they wouldn’t come through the ceiling. Still, think of the thermal insulation properties of all those mags.

We left them in the loft when we sold the house. I often used to wonder if the new owners ever found the mags and if they read them. The hundreds of magazines we left included Hifi News, Hifi Sound and all the early editions of Hifi Answers. When Hifi Answers was revived several years later and they were looking for a copy of Issue 1, I nearly wrote to them with the address where the magazine lived but thought better of it.

When I saw that photo of the magazines, I thought for a minute it was our old house as we had the same carpet, then I remembered that this type of carpet was near-universal in the 1980’s.