A new Pink Floyd song is being released

In today’s Guardian newspaper is an article about a Pink Floyd song being released Friday. The title is Hey Hey, Rise Up! David Gilmour and Nick Mason are doing this in response to the Russian invasion of Ukraine, intending to raise funds for Ukrainian humanitarian relief.

That ‘Hey Hey’ is a bit disconcerting… 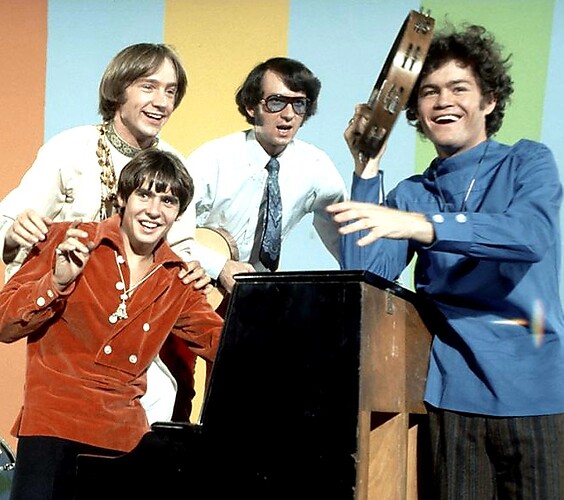 Thanks for news - yes just been reading that. Hats of to DG for doing it, but it’s a shame that he couldn’t just put it out under his own name - I get it that Pink Floyd is the larger “brand” but his own name carries enough gravitas these days.

I thought these days, David and Nick were Pink Floyd?

DG and RW have been doing their own things for several years, Nick tours the old stuff under his own name and sadly Rick is no longer with us. The Endless River was supposed to be the last Floyd album! Leave the inner band politics out of this - the whole Ukrainian thing is far bigger and more important to many people around the world than using an old band name that hasn’t (unfortunately) existed for more years than I care to remember.

Is DG just trying to get back at RW for posting the Animals sleeve notes that he didn’t like?

Is DG just trying to get back at RW for posting the Animals sleeve notes that he didn’t like?

What was that about leaving the band politics out of this? Lol…

Joking aside, I of course agree re the seriousness and the overwhelming priority of Ukraine’s needs. Thus, if using the PF name increases the funds for Ukraine, I’m happy. So I don’t think it’s a shame that DG didn’t put it out under his own name,…

Don’t get me wrong I’m a fan of both of them - I may prefer Roger’s post Floyd work - but there is no guitar player quite like David Gilmour. David asked Nick to be involved, did he ask Roger? It’s all at DG’s bequest so why not just use his own name?

Anyway maybe DG will arrange a concert in aid of the Ukraine and he might ask Roger to play bass on “One of These Days” We can all dream!!!

I thought Roger would’ve scrambled to get his own contribution out by now, seeing as he’s quite quite vocal about his stance on war and such.

Maybe a Ukraine Benefit gig together, putting aside differences, or…?

Now that I would pay to see - can you imagine the queue for tickets - oh sorry we don’t do that sort of thing now do we - it’s all done on the old interweb thingy - you’ll have to excuse me, my mate gets my tickets bless him!

I appreciate the sentiments, and it is great that Nick and Dave are using PF’s cultural capital to do some good in the world, but my word, the single is absolutely TERRIBLE. Embarrassing, in fact. Sounds like 1980s Eurovision pomp-rock.

Better than nothing, but a benefit concert would be better to my mind.

It appears it’s the Ukrainian singer’s own
song, from what I’ve just seen on the news.

I understand the song dates back to a previous Ukrainian tussle with Russia in 1914.

Ah, thanks. As the singer has a band, I wasn’t sure of the song’s origin.

RW has been a bit wobbly

Not just over Russia…

the single is absolutely TERRIBLE. Embarrassing, in fact. Sounds like 1980s Eurovision pomp-rock.

100% agree on that Kev.
I’m happy to contribute to any Ukraine support fund, as I/we have, but I won’t be buying a single release that I will probably never play.

And whilst talking about this, I’m wondering about DG’s health, this morning he was interviewed by Radio-2’s Ken Bruce, he started off calling Ken “Bruce” then rambled on a bit too much about his families relationship with Ukraine. he just didn’t seem to be “with it”.

I understand the song dates back to a previous Ukrainian tussle with Russia in 1914.

That’s repeated as the “2nd” verse

he started off calling Ken “Bruce”

I always have trouble with names, but especially when someone’s surname is a common first name, and I know I’m far from being alone in that, so I wouldn’t conclude there was anything wrong with someone doing that.