I must confess as a longstanding fan of the Swedish colossus I’m very excited by this release! Seeing the album cover with that legendary band logo made me feel wonderfully nostalgic and somehow comforted. The world has been through one hell of an 18 months and I personally feel another Abba album and tour is exactly what the world needs right now! There’s probably no other band apart from perhaps the Beatles who are quite as universal as Abba. 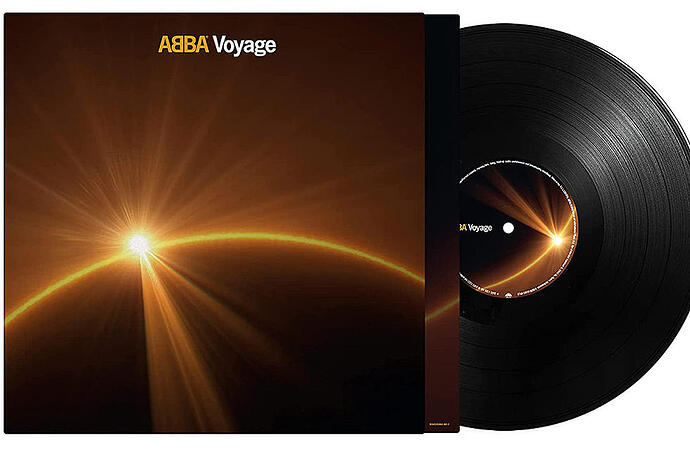 I recall my uncle who was a musician and scholar saying that Abba’s purpose designed Polar Studios was the best recording studio in the world back in their heyday and there’s no disputing that judging by the ‘Gimme, Gimme, Gimme a man after midnight’ video, it was indeed an impressive recording facility. It certainly looks like with the purpose built Abba concert venue in London and the mass involvement of ILM, Abba are once again pushing the technical boundaries of what is possible and this is going to be one hot concert ticket!!

What a fascinating project and how wonderful to hear ‘that sound’, the girls voices etc once again. 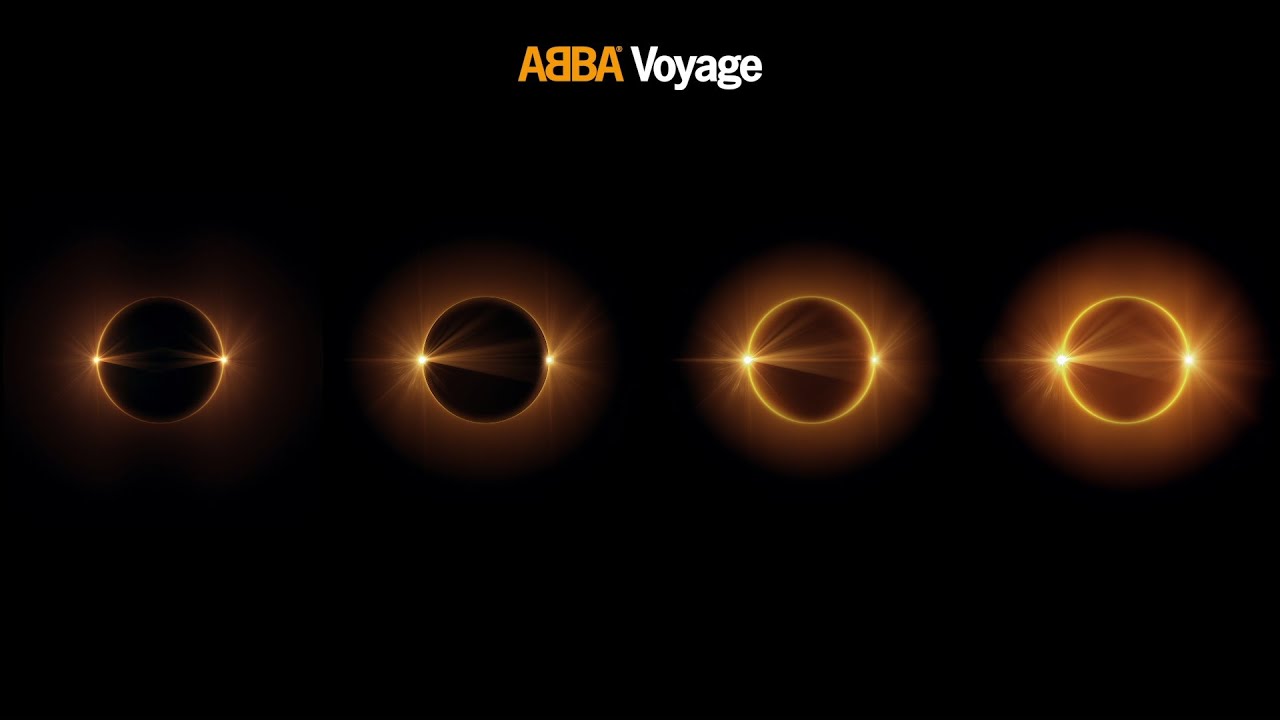 A tour? From what I gleaned from the news yesterday they won’t be live gigs but appears to amount to a pre-recorded soundtrack with effigies of their young selves “performing”: basically like a 3D film such as Avatar with the avatars “singing”. I wonder if they themselves will be there to take a bow at the end should the audience be appreciative enough?

I must confess to liking some of their music (though never having bought any), and even enjoying the two Mama Mia films despite disliking musicals, but I although I could potentially be tempted to see their real selves on stage, wrinkles and all, singing live, or even a live tribute band, I found nothing whatsoever drawing me to what I saw/heard yesterday.

Worth grabbing the limited edition coloured vinyl methinks as a collectors item, already have my green and orange copies on order

Will there be a few more Mamma Mia films?

I saw the launch on the One Show and felt very emotional.

A fan since Eurovision the surprise at getting an album rather than the 2-5 tracks previously hinted at is very good news.

The album will be the biggest fastest selling ever I suspect.

Not sure about the shows, live band is good. It’ll be a sell out.

It was a happy day in some of the gloom going around at the moment.

The material for the new album will be released on cassette .

Time for the Naim cassette player - first they had Linn in their sights , next it’s Nakamichi - on second thoughts better not

We’re getting the Brand back together

I do hope the new songs stand up against their superb original pop compositions. First thoughts on the video presentation above, it would seem to be heavily focused on the ‘Abba Brand’ tour, which I am not interested in.

I’m not an ABBA fan as such but I don’t deny they produced some great ‘pop’ classics that will be around for many more years.
Listening to the new material I thought it was over produced, too much added gloss & whatever electronics effects modern recording can do.
The one thing that struck me as creepy was the CGI stuff, clever without doubt, but do we need it.

If it stops Cher murdering any more classic ABBA songs then it gets the thumbs up from me.

Gosh I’m quite surprised by some of the negative reactions on here! I think actually ABBA have done something truly unique and innovative here. The sad reality is that their generation of rock stars are dying out (see Charlie Watts) and pretty soon, probably in the next decade it will be impossible to see the greatest artists in history ever perform live again. Lets face it few of them are even prepared to perform in their seventies - they just don’t want to do it anymore and who can blame them? I tried to get tickets for the last McCartney tour as a lifelong Beatles fan who has never seen the man live and it was completely impossible - the tickets appearing minutes later on ebay etc at multiples of their face value!! As for Pink Floyd well having seen the real thing twice in the 80’s I’d love to experience that again but the reality is that the Australian Pink Floyd is a decent facsimile but they don’t have the millions of pounds to create a show on the scale of real Floyd.

What ABBA have done is circumvent death and age to ensure that as many people as possible are able to see and hear them in their prime live in concert under the best possible sound and visual conditions potentially for eternity. No other band has done that, but wouldn’t it be fantastic if Pink Floyd or the Beatles actually did? As it is we have to ‘make do’ with copy bands who don’t have the real people playing at all. This is rather clever because from watching the film this show will have live musicians, Agnetha and Anne-Frid are actually singing (recorded), but crucially their body movements, facial expressions and behaviour have been captured by them performing all their songs live in front of 170 cameras for 5x weeks. What you’re getting from the wizardry of ILM is truly them, just de-aged and in their prime but actually them singing and performing in a purpose designed auditorium with no doubt sublime sound and visuals. Personally I think that’s better than just another cover band in just another random theatre with questionable sound.

The appetite all around the world to see Abba perform again is so immense that frankly they could tour every night until the end of their lives and still not even begin to put a dent in the audience that wants to see them. They wouldn’t want to do that anyway and I doubt at their age they could keep up the pace so I think this really is the next best thing.

As for the two new songs frankly I was worried they wouldn’t be as good as the old stuff but to these ears they are every bit as good. Benny and Bjorn said in an interview yesterday that they knew from day one that they would simply enjoy being in the studio together, and not release anything if it didn’t meet their standards and frankly I believe them. They’re protective enough of their legacy and rich enough not to need the money so there’s no commercial pressure ever going to force them to release sub par material. It’s pretty clear to me that their old gifts for melody and the girls’ stunning vocal talents are absolutely bang on!

They turned down a billion dollars a couple of decades ago to tour again so I really think they are doing this because they want to, and they’ve got enough money to throw at it to make it truly spectacular live I think.

Jonathan
PS Amazon’s orange vinyl release was irresistable to me!

I’m afraid I never got the appeal of ABBA and they dont interest me. Mrs Dread however loves them and has ordered the CD album, she says the vinyl is sold out (it isn’t but I’m not telling

) and is hoping to get tickets for the show.
I’m sure the show, cant really call it a live gig imo, will be great for loyal worshipping fans but I cant help thinking I cynically hear the tinkling sound of a cash register. Why cant they perform in person for their fans? Are they no longer capable of performing like proper musicians? The idea of going to watch holograms fills me with a kind of dread as to where this could lead if other “bands” go down this road. The end of proper in person live gigs replaced by fake manufactured soulless spectacles?
According to Mrs Dread the show is planned to run for 4 years!

Apparently they are also producing it on Cassette -

By all means assert that you like it but “unique and innovative” is taking the mickey.

What exactly has changed from 16 years ago?

One of them is allegedly in financial trouble and one of them has been very ill for a long time. The reality is that they had 2 choices income wise. Do as others have done and sell the catalogue or just do a straightforward comeback. We can dress it up any way we want but it’s ultimately literally no more than a straightforward comeback. A product to buy and a gig to see. Unique and innovative my a***.

They’re not affording people the unique chance to see then live at all. They have released 2 uttering tepid, hideously overproduced and emotion by numbers songs. Neither are especially memorable. The live event is not a gig. It’s the equivalent of seeing holographic Elvis. Sad. Genuinely sad.

To be clear, I think that ABBA had one of the great late 20th century songwriting partnerships and unlike most households I own a lot more than Greatest Hits or Gold. It gives me no great pleasure to call a spade a spade and call this out for what it is.

For all that, the original band had two fundamental flaws. For every great song there were two or three which were utter cheese and… they were truly awful live. I say that as someone who saw them live twice. Same issues on different shows each time. Awful thin sound; the MOR live arrangements were noticeably worse than the records and exposed the cheese at three heart horribly, and, there were some surprisingly poor vocals. Whatever people think they’re getting now it most certainly isn’t Abba.

Now, feel free to expand on unique and innovative. I can’t wait.

A bit off topic but I whilst browsing Juno records I spotted forthcoming re issue of Nancy Sinatra - Boots on 8 track tape! Are 8 track machines being made again?

Sadly I agree with all you say and the concept of any band or artist appearing as an avatar/hologram…well apart from the killing of proper musicianship and artistry on the one hand kind of makes me think of a not too distant dystopian future where live music and real person artists dont exist replaced by computer generated “shows”.
I dont think I’m exaggerating to say dystopian and what kind of a horrid world we might be heading into. Children already are growing up sociopaths with no idea of human feeling, empathy or social interaction due to a life lived online with little contact with real people in the physical world.

This has caused me to check what ABBA music I have, sadly, (despite being of the right age), all I have is a “best of compilation” :0(

Their not reforming of course, just being regenerated by computers. After the show has run its course maybe they will continue to regenerate and travel the universe and other dimensions in an old Police Box and subject extra terrestrial races to blasts of Money Money Money and Gimme! Gimme! Gimme!