I think I’ve asked this is the past, but technology is moving so quickly I guess a lot of new options must exist. Is there a box I can add to my SuperUniti to add the same streaming options as the latest Naim Streamers? I’ve got an old Chromecast Audio dongle, so Airplay is the main thing I’m missing.

An Airport Express is the traditional workaround. Like the CCA you will need to shop around for a used one but it’s a cheap, easy solution. Connect via optical, again like the CCA.

I feel the main question is what to add to have Qobuz in the legacy streamer. But maybe I don’t understood well too.

One easy solution is to add a bluetooth dongle. Then over bluetooth you can stream anything from your phone. Fidelity will not be GREAT however.

Thanks everybody, I’ll check those out. I’ve got the later SuperUniti with bluetooth built in, but was looking for something higher resolution. I can play Qobuz through the CCA, but no gapless.

If you want the best possible sound quality as well as added functionality there are a couple of other possible workarounds to get lossless Qobuz onto your SU.
One is to run BubbleUPnP server (I used a Synology NAS for this) and control it with a third party app such as Linn Kazoo or Lumin. This will be free if you already have a device that can run it.
The other is to use Roon and add a UPnP bridge. This is more expensive as you need a Roon sub and some more hardware.

Thanks, I’d not thought about BubbleUPnP so will try tomorrow

I tried an Airplay Express with mine. Sounded dreadful. I ended up selling the Superuniti, & getting an Atom. I’m delighted with the Atom (even though theoretically not an upgrade).

Sonore micro rendu is the most elegant solution. A little box that you can hide easily.
Around 400 dollars. The sound will be much better vs AirPlay or Chromcast. 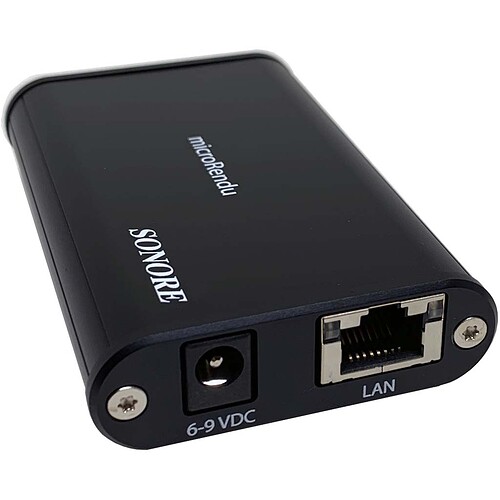 Lot of threads here on Sonore….