I am currently researching and demoing new standmount speakers to go with my Atom. Should I rule out 4 ohm as from what I understand they are more difficult to drive? I never really play music very loud as we just can’t without having very angry neighbours. From my understanding the lower impedance will cause the amp draw more current which will make the amp work harder. Is this case and am I likely to run into issues with the Atom and 4ohm load? I ask as a few of the speakers I am interested in seems to have nominal impedance of 4ohm. Tried some yesterday and I can’t say the Atom struggled with them sounded very good. Could they sound better with a better more powerful amp, most probably but I am looking for something to possibly see me through future upgrades not just for now. What else should I look out for if they are 4ohm.

Unfortunately in reality how difficult a speaker is to drive involves a lot more than just the ‘nominal impedance’, so there are no clear rules in respect of “4Ω”, “6Ω” or “8Ω” speakers without knowing more about how the impedance and phase angle vary with frequency.

What Xanthe says is all true. Phase angles and impedance curves play a lot here. A flatter impedance response is easier even if low than a shifting one.

On the other hand, the Atom isn’t a valve amp. The rating of 4Ohm is absolutely within the comfort zone of the design and shouldn’t be an issue at all unless the speakers are prone to hit much lower impedances at multiple frequencies. If the speaker manufacturer’s recommended power rating and the Atom’s 4Ohm output power rating are aligned, then pending a demo, if they sound good, such a pairing would not concern me in the slightest.

The 4 ohm speakers won’t cause you any problems. People only have issues when they start connecting more than one pair of speakers, and you don’t do that with Naim gear. The music you’re playing will make the speakers drop down to 2 or 3 ohms in some passages, but I’ve been running 4 ohm speakers with a few Naim amps, (and some other amps earlier on), and I’ve never had an issue.
In fact it’s a bonus the way the amp output almost doubles at 4 ohms.

Aside from what has been said, whether it would cause problems with the amp may depend on how high a level you play, more likely to trip the protection circuitry playing at high level than nominally 8-ohm speakers. Noting that you say you never really play very loud suggests unlikely to be a problem (though of course the term ‘loud’ is imprecise, and it also depends on speaker efficiency - very inefficient speakers would mean you use the amp nearer to its maximum capability at a lower loudness.

No idea what phase angle is will have to look that up but understand the impedance curve so that’s something I will take in to consideration. The one at 4ohm I tried is pretty much level across the frequency range at 4ohm according to the specs and it did sound nice and at 4ohm the Atoms output meets its minimum requirements. So it’s good to know I don’t have to rule it out just yet. Thanks for the replies.

Have a look at

Hi, I’m new here, I want to buy a Naim system that delivers real power into 2.5ohm loads. I’m not an expert, so I ask for advice. I’m not interested only in new gear, I’m interested in budget, because less I spend in amp, more I have for source. I also really like vintage gear, not only for the style. Just to say, if budget allows me, as source i think at an old nds with 555 or XPS DR (or not, depends).


Reasonably sensitive speakers would help but…
I once walked into my local dealership when they were playing an Atom into a pair of Shahinian Hawks, it wasn’t a disaster, in fact it sounded rather good, the bass was a bit lacking maybe and they weren’t playing very loud but the little Atom wasn’t distressed.

At Naim run Uniti demos the Atom usually was a bit lacking in the bass but they were set up to show the benefit of the Star and Nova over the Atom. You probably wouldn’t pick Sopra 1s for it either.

If the impedance curve is pretty much level then the phase angle will also remain close to 0° (the phase angle deviates from 0° where there are rapid changes of impedance with frequency), indicating a benign 4Ω load: easy for an Atom. This sort of behaviour indicates an ‘impedance compensated’ type of crossover. 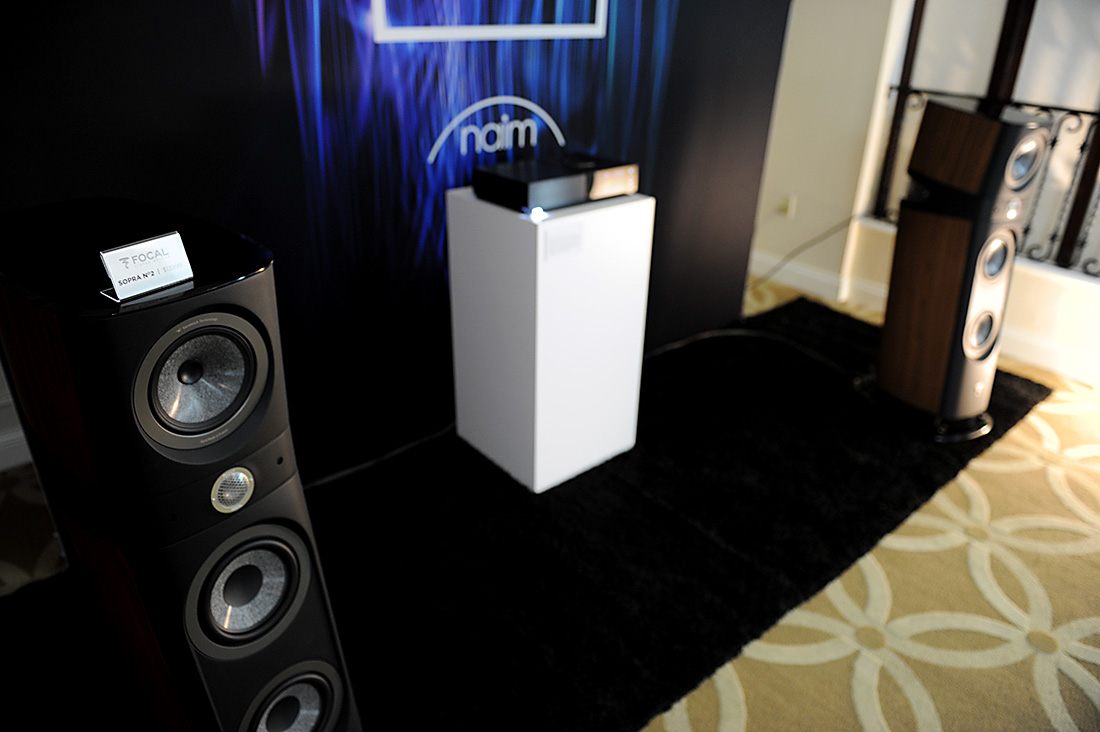