I don’t feel any need to tell you to enjoy it, as you will be able to hear for yourself some of the greatest interpretations of spectacular music committed to tape in the last Century.

All you need to do to have Carlos Kleiber’s complete official output is to: track down his recording of Dvorak’s Piano Concerto with Sviatoslav Richter (on EMI), and get the two New Years Day recordings (1989 and 1992) from Vienna on CBS/Sony.

By way of a footnote, EMI made a great thing of the release of the concerto with Richter, announcing it as the first in a series of new releases, but no others followed. The two New Year’s Day concerts were offered to the highest bidder, and CBS/Sony outbid other record companies. The later 1992 New Year concert was due to be conducted by someone else (Leonard Bernstein, perhaps?) and Kleiber stood in as a late replacement when that other conductor died.

That made me laugh.

If you are searching for something new and haven’t heard this, I think it’s a decent gateway in to soul and blues – the MoV vinyl is also very good (check out the Amazon listing): 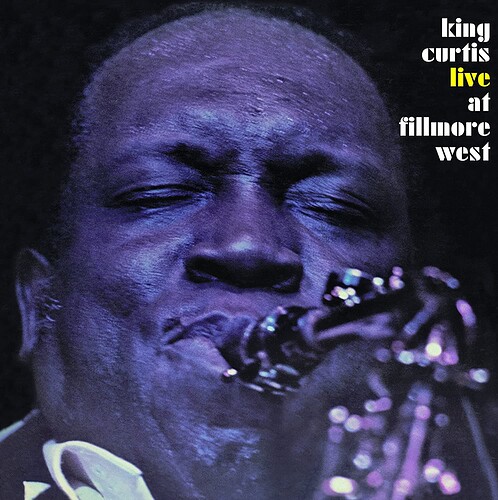 I’d throw in the video recording of Rosenkavalier. There are actually two. I have the latter on DVD. I used to have the former on LaserDisc. At least one of them is available on Blu-Ray.

And then you can compare that with his father’s famous recording (audio).

You’re absolutely right. I have all CK’s DVDs, including both of the ‘Rosenkavalier’ discs. I forget about them, as I have no means of playing the wretched things, so they have been sitting, unused, with my LPs and CDs for many years (which is rather sad).

Few thoughts from me as a fifty- something music fan (to give some time context):

Heavy Metal - Ace of Spades - been listening to Two-Tone such as Madness & Specials but 1981 was a seed-change after this album.

Electronic Music - Phaedra, Tangerine Dream - around 1991, opened up a whole world of Krautrock, electronica & ultimately trance, ambient & some house music all from this album.

Jazz - Bitches Brew, Miles Davis - me and 100’s of others probably but I never thought I would enjoy jazz until this. I’m learning & listening still about this genre.

Female pop singers - Broken English, Marianne Faithfull - hearing this around 1996 made me realise that some pop singers aren’t always fluffy, wastes of time and actually can perform material with as much impact as any ‘harder’ band or singer.

Black Metal - Under Sign of the Black Mark, Bathory - this opened up a whole emerging subgenre to me around 1986/87. Although, imho the genre became stale a decade or so later, this album was my gateway into the darker side of music.

You’ve gone in at the Miles Davis ‘deep end’ with ‘Bitches Brew’, which (I think) is one of his more ‘difficult’ LPs. By way of a more gentle intro, you may want to give a listen to ‘Sketches Of Spain’ or his classic ‘Kind Of Blue’.

+1 for Bitches Brew. I’d also add In A Silent Way for an easy route into jazz for those coming from rock music.

My route into jazz was via Kind Of Blue followed by Coltrane’s A Love Supreme, the latter taking somewhere in excess of 20 plays (guess) before I really started to hear it and understand what he was saying musically. It might be because it took so long to appreciate its majesty that it’s still so special and important for me.

I bought Witches Brew years ago and think I’ve played it once, it’s a very difficult album to access. Must give it another try.

Although we have loads of both shoegaze and dream pop on the NAS I’d never listened to that album until tonight.

You’re absolutely right about ‘In A Silent Way’. It has a remarkably quiet, almost gentle, sound which is lovely (and like any other of Miles Davis’s records that I’ve ever heard).

They must have been using valve amplification for the instruments in the studio, as you can hear the ‘hum’ (if that’s the correct word) from the amplifiers all the way through the record - or at least you can on my system, anyway. 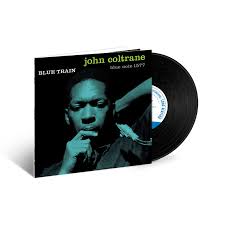