According to the Hitchhikers Guide to Meridian, another of the greats of British Hifi has departed.

Yes, I head that too. Some of his designs were quite outstanding, in terms of form & function.
Still have a Meridian 200 CD Transport connected to my NDS.

I would of met him with Bob Stewart at a hotel Hi-Fi Demo on the D6000 tour in 1991 in South Manchester (Stanleylands, Wilmslow). Such passion and excitement.

IIRC I fancied some Meridian active speakers - heard at the Sound Org late 1980’s. Then I was seduced by Naim - Roger’s fault.

That’s sad news indeed. When I was a poor student in the 1980s it was a dream to own some Meridian kit, it was just so beautiful, and that was before I even listened to it. I owned a Meridian CD transport (203) and DAC (606) in the early 1990s, before I discovered Naim, it always sounded great to me and never gave me any problems, but I was seduced by a CD2 in the end. Still always admired Meridian, and particularly remember an amazing demo at a show at Heathrow where a solo choirboy’s voice was played on a multichannel system, which caused a real shiver of the fur.
Allen will be much missed.

Yes, a good mate from school days, has a pair of 8000SE Ruby, one of just 40 pairs, collected from the factory - I get to listen to every so often - pretty impressive.

‘Proper’ Multi-channel music was interesting, but didn’t really catch-on, was it the availability of content (DVD-A, SACD format war) or that each channel needed to equal quantity (over a 5.1 HT solution, where front & rears could be lesser than the front 2-channels) or the domestic configuration didn’t work (given we already have to fight for the presence of racks, cables & speakers - “is all that necessary?”, “does that have to go there?”, “what have you bought now?”, “can it be in a different colour?”, “can I move that rug/couch/chair/table/speaker?”)

We have a stack of Meridian in the house, from 100 series that we used to drive our first pair of Briks, through 200 series into M2/M20/M3 active speakers, right up to a full DSP5000 5.1 system; indeed my “new” 568.2mm surround processor arrived as recently as Friday.

Still have my Meridan 104 tuner, served me well for many years, well decades in truth. Until Naim brought their out, many thought the Meridan was the best sounding tuner.

I recently bought a second-hand 104 tuner. Having sold my Lecson tuner recently I felt I needed something to replace it - the idea of the next Boothroyd Stuart tuner in the series was appealing. What clinched it is that it takes up so little space, I could fit in the Fraim next to the Uniti Core. 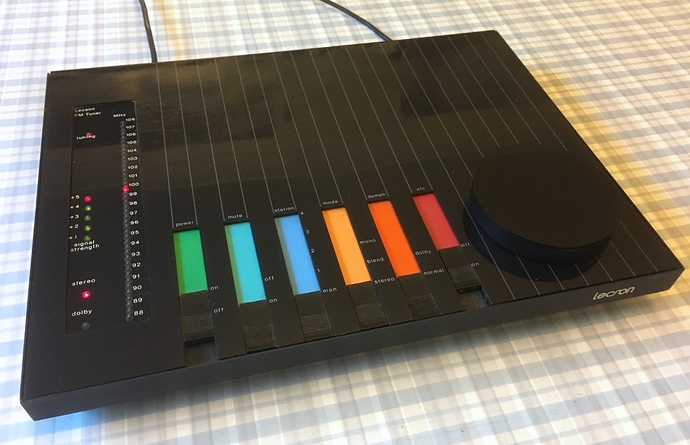 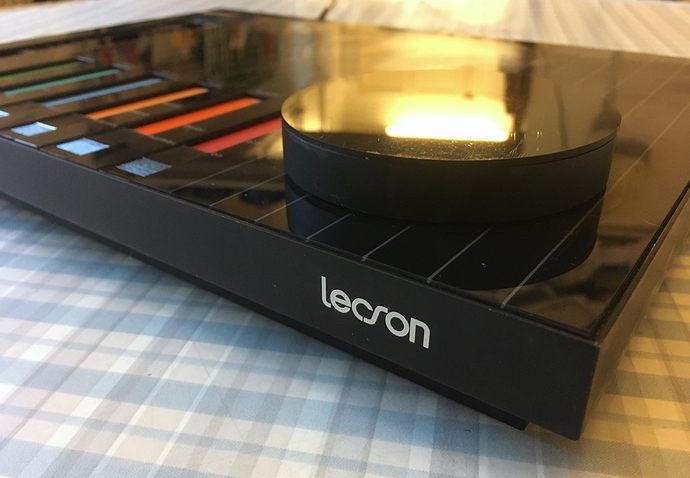 Lol…I blame Roger for all those beers he made me drink. The lovely man!

Still miss him and those days (er, nights) at Sound Org. I wonder if we ever met @Camphuw?

Who knows? Those dim and distant days - I recall travelling down from Haringey to conduct vibration and acoustic experiments with real time analysis of the sound as we changed speaker stands. It was a great excuse to listen to music as I prepared my thesis. And of course there was always that liquid lunch.

@Camphuw
Ah yes, nights in The Market Porter.
I still drink there on occasion. It’s like a pilgrimage.

If I’d known you were selling a Lecson tuner, I’d have swapped it for my 104…come to think of it…both of my 104s

Those things are as rare as hens teeth. Aren’t two of them in museums?

Yup, it’s a pretty rare thing; I think only a tiny handful were made. I still have the matching pre-amp somewhere.

What’s interesting is how the pinstripe design was reprised by AB on the later Meridian 200 series.