Am I being unreasonable?

I bought the atom soon after its release. The press releases, review videos, and product pages on naims site showcased a beautiful product, and the UI in particular sucked me in. At last, there was the option for hifi sound along with a beautiful screen and interface.

So, once I got the system up and running I was more than a little disappointed that the UI did not match at all what was shown on naims website, and the pre release videos. In fact, they only just removed the images of the non-existent UI last week after I was in contact with customer services about the issue. There are still a few images on the product pages which show the wrong (read: much nicer) interface, like the volume dial, and the full screen album art, but I imagine they’ll eventually remove these too.

Naims customer support emailed me last week to say they’ve just removed the majority of the original images, and the rest will be updated soon, and also apologised. And thats it. End of story.

So, I don’t get the product I paid for at the end of the day, and that’s that? Is it unreasonable to expect to receive the product that was advertised on their own website (until last week)? Obviously I realised the issue as soon as I bought the system, but I feel the carrot was always dangled that the UI is work in progress and would be updated. Instead all we got was a UI that would switch itself off for no reason.

Pretty misleading and dishonest IMHO, and would have continued to be so for prospective buyers until I prompted them to update their marketing material. 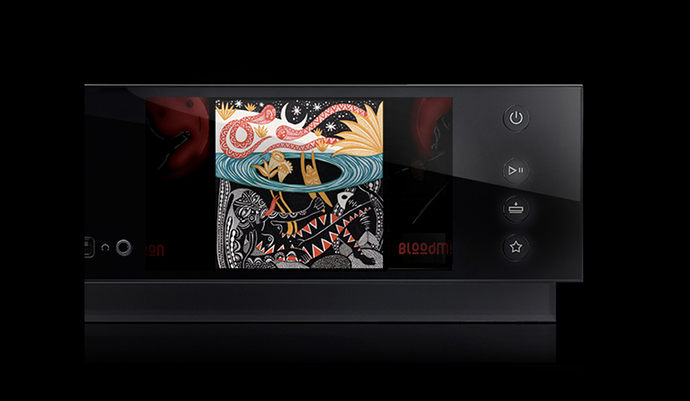 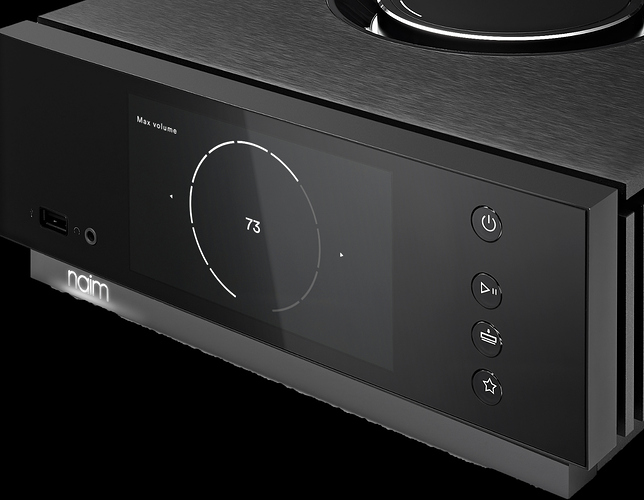 This has been covered a number of times since the release. Naim’s website management is somewhat ropey - they still show the 252 and 282 with 552 knobs after I told them about five years ago.

The UI makes little difference in practice and you really have two choices - suck it up or take the Atom back for a refund and get something else. It’s just one of those things.

I’d never purchase anything like this based on images on the manufacturer’s website. You really need to see / hear it at the dealer before you pull the trigger.

As Nigel says if you don’t want it based on the UI then you should ask for a refund.

This is really a matter between you and your dealer imo. Their job on install is to make sure you are entirely happy.

When I bought my CDS3/252 I was disappointed that the Flash remote was no longer supplied. My dealer arranged for one to be ordered at cost price which I thought was fair. Just my two bob anyway…

How many products have a UI that doesn’t change or get tweaked frequently these days?

If you spent £2k+ without actually listening to and using it at a dealers to see if you would be happy with it, then sorry yes, you are being unreasonable.

I’ve actually contacted support last week regards where I might stand for a refund. The issue is, I bought the item not long after release so I’m not sure where I stand or what my rights are at this point. Like I said, I kept the unit in the hope the UI was work in progress as Naim continued to show it on their website and marketing.

@GeoffC did you purchase one of the new uniti range items? Do you think it’s ok for Naim to use marketing images which don’t match the product, for two years after release? The UI never got tweaked, that’s my issue!

No I didn’t, as I don’t stream, but would you buy a mobile phone or computer without checking the interface was what you were happy with - ie actually try them in the shop?

I agree that the images should not be there if they are inconsistent with the product.

I don’t know if you were told it would change - and even if it did it might not appear in the form you saw on the website - that’s my point.

At last, there was the option for hifi sound along with a beautiful screen and interface.

You aren’t alone in being disappointed with the functionality and appearance of the “as shipped” versus the “as imagined” product: @DomTomLondon changed his mind on the Atom and went to a SuperUniti for this very reason, iirc.

For my part, being a member of the Beta team has been a great experience: you get to participate in the development of new features, the tracking and squashing of bugs with existing performance , and you have direct access to the software team who really do want to hear ideas, suggestions, etc. Sometimes you also learn why some “simple” ideas are harder to implement than you’d think, so you get a sense of how they must prioritize. Lots of the work being done is on the interface and display: alignment, text size and location, and the screen off feature you mention have all been part of our beta experience before things were good enough to go into a production firmware release to benefit all owners. It’s a bit amazing how long and difficult it was to add the screen-off feature, or to correct the frozen-artwork bug. Simple seeming changes yes, but a lot of effort to get it working properly!

Where I’m heading is obvious: consider joining the Beta team, and give yourself a positive outlet for your lingering disappointment. No, it won’t change the past. No, it might not lead to getting the volume lights surrounding the numbers on screen as a mirror of the volume knob illumination seen in one of the photos you posted. But, it’s a really nice subset of this excellent forum and offers a bit of a deeper insight into the technical development process at Naim. And yes, you get correspondence directly from the guys doing the work to improve the product. They listen and they are cool. If this appeals to you, the contact to request membership is in the FAQ or the sticky Help thread, I believe.

IIRC, the issue was raised soon after the first units were released and Naim’s response as posted on the forum was that the screen pictures shown were pre-production. If you’re not happy with the production look of the screen it’s probably best to take it up with your dealer ASAP.

I wondered about this when I got mine, not bothered really as it sounds great. I do wonder why the uniti interface can’t be as described though, what’s the reason why they can’t?

OK in some sense you could say it sounds good so why bother, on the other-hand its such a simple misleading I’m amazed it was on the site, just too sloppy IMO.

If i got home and found my car dashboard was different to the advertised one thats a straight to the dealer and refund time.

If you’ve had it a year or two it seems a bit late to be raising the issue now. It’s like those people who take their beer back to the bar with an inch left, say it’s off, and ask for another pint. Why didn’t you check it before buying? Why didn’t you return it for a refund straight away? The UI is tiny in the scheme of things. That the images were pre production is old news and it seems hardly important. If you are that unhappy you can sell it and replace it with something better.

Still, it gives others an opportunity to mount their high horse and cry foul.

It does seem somewhat strange to hold out for a software fix for two years and then raise this issue now. Having said this it is also a bit ‘off’ for Naim to have continued to use ‘vapourware’ images for a long time after the product was launched…

This is the 282 on the website. They have had the best part of 20 years to get that one right. 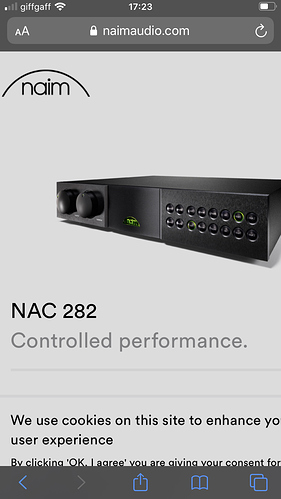 I have my recent 252 and the knob don’t match the product shown. Was about to ask what’s the difference until I saw this. Good to know now.

I’d be back to the dealer to ask why your knob isn’t as advertised. At least you’ll raise a smile.

Yes; tell him you bought it solely based on what the knob looked like on the website and you want your money back.

the carrot was always dangled that the UI is work in progress and would be updated. Instead all we got was a UI that would switch itself off for no reason.

The truth is in the middle as always. I don’t think you can complain that it’s not exactly as in the picture, I think you can that it hasn’t really improved in any way either.

I bought my Nova after a demo at the dealers, so I wasn’t relying on the web site.

Having said that, I think it’s not unreasonable to expect the information in the web site to be reasonably accurate, otherwise it’s misleading advertising. In fact, the web site has been updated at least once since the Uniti’s were released, so there’s no excuse for out of date graphics and they should sort it out.

No need for fan boys to make excuses for poor business practices on Naim’s behalf.

It’s not as if changing an image on a web site is rocket science.

Anyways, the OP will be within his rights to request a full refund due to false advertising: in that it was bought due to a particular UI that influenced a purchaser and the UI was not as advertised,