It’s that time again, and given The Founder’s love of the sport, here’s an update on Sir Ben’s preparation. (Apologies the link would not come over …) 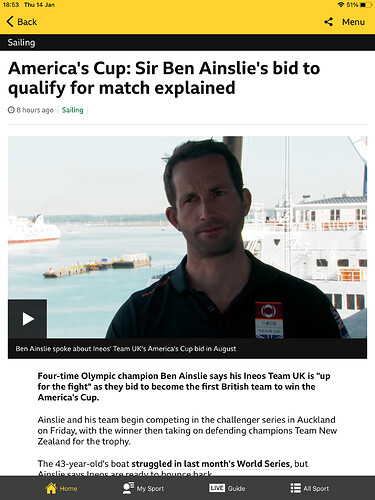 I might be a traditionalist but I haven’t bothered to look since they stop racing those beautiful 12m yachts. Those those multi hull boats just look wrong to me.

They are mono hulls again, albeit very high tec ones that ‘fly’. 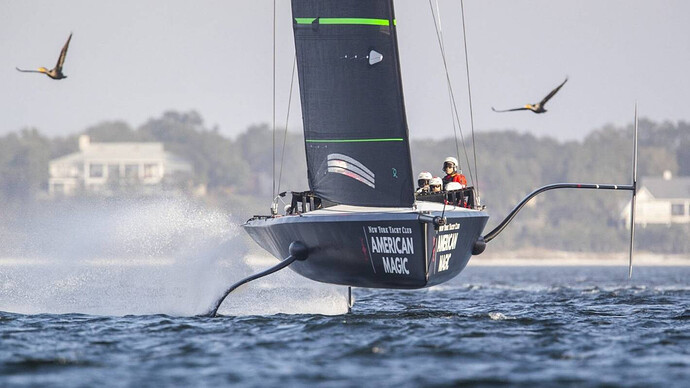 Still not the same though

With yachts hull and rigging technology has always evolved. No harm in being a purist; but in this sport of man versus the elements speed has always been the dream, add manoeuvrability and you have exciting races.
As in Formula 1 I would like to budgets capped, if only to allow more competitors. However, there is scope for elite events: cutting edge technology, be it in hulls, rigging, navigation and weather prediction. But it comes at a cost.

What I don’t follow is why the original design of Ben’s boat was so sub-optimal, given he said they’d changed virtually everything bar the shape of the hull.

Boats did change evolve but they still retained that classic 12m shape. Ben’s break through was the winged kneel.

Keep in mind the Americas Cup winner sets the design & specs for the next challenge in 2025. So next challenge series could be multihull, mono hull or even the old beautiful J Class

Going well for us Brits.

No spoilers as the summary/repeat is on Sky tonight.

Just watching some highlights, boats do look much better than the multi hulls of the past few Americas Cup.

Don’t forget to watch the latest from earlier today (obviously highlights) - no spoilers but a good competitive race - better than F1…albeit that’s not hard!

Hopefully I’ll get a chance later today to have a look.

Have not seen it but here is a short description.
America’s Cup: Sir Ben Ainslie’s Ineos Team UK into Challenger Series final 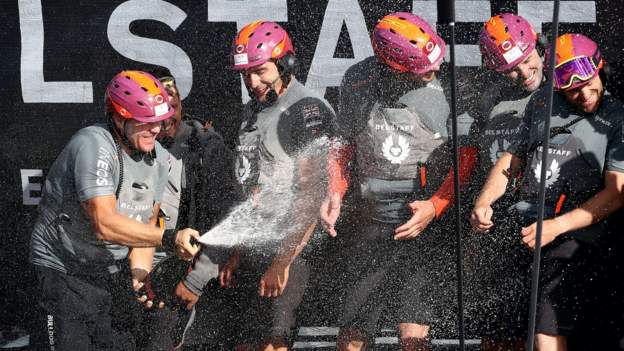 Sir Ben Ainslie's Ineos Team UK are into the final of the Challenger Series - which will determine who faces Team New Zealand for the America's Cup.

Good news for England, Kiwis are pretty good and going to be hard to beat. It’d be nice to see a good and interesting America’s Cup. It’s also nice to see them race in boats again rather than scaffold.

Have just watched Sky’s catch-up prog on Prada RR3, which included a material piece on what happened to Patriot the American entrant, when it went over. Scary stuff - a large hole in the keel (or should that be wing!). Well worth a watch if you can find it.

They also showed previous incidents from years gone by, including one where the NZ catamaran tried to do the impression of a diving submarine. Scary stuff.

Oh, and Britannia sales on and on.

When we tried to make a super light 12m boat a few years ago it broken in 2 and sunk.

The Americas Cup always brings a fair bit of debate down here as to whether its worth the money we taxpayers are asked to contribute. Now its underway though, it really is an exciting and mesmerising spectator sport. Racing has been close and Sir Ben’s team seem to be in the process of pulling it all together I’m really enjoying the spectacle. Its definitely up for grabs and I wouldn’t write off any team.

Ben Ainslie is about as good as it gets as a sailor. He was hampered last time around in Bermuda with a slow boat. This time I thought it would be déjà vu all over again, early on, but my, what a comeback.
England now has a great skipper, a great team and a fast boat. I suspect it will be a NZ/UK final and UK are in with a good chance.

Richard @Richard.Dane, would you mind merging this with the Pravda Cup thread please?I don’t mind which way it goes. Thanks Steve

Us kiwis know a thing or two about a crew learning how to optimise their boat.

Team New Zealand lost the 2013 America’s Cup 9-8 after being up by 8-1. Yes, they lost eight races straight needing only one to win.

A lot of harsh, unwarranted criticism was levelled at team NZ, particularly the skipper Dean Barker, but it was absolute rubbish. Oracle Team USA simply figured out how to sail their boat faster in the middle of the regatta, and from that point the die was cast.