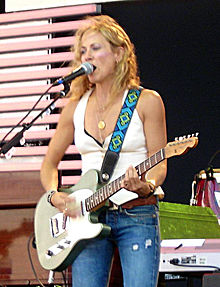 The American singer Sheryl Crow,.dedicated the song “Soak Up the Sun” to the Swedish 16 year old Greta Thunberg,during this weekend’s Glastonbury festival in England, reports NME.

Crow thus joins a number of famous artists and actors,who have praised the Swedish environmental activist over the past year, including Arnold Schwarzenegger, Leonardo Di Caprio, Anne Hathaway and Bono.

Sheryl Crow also encouraged the audience to help protect the planet,.fully in line with the festival’s green promises of scrapping plastic bottles and urging visitors to pick up debris behind them.

He must really be in need for some free publicity!

Peder, can’t your powerful group of influclencial Swedish hifi enthusiasts organise a meet and greet with the Gretl? She can lead the sermon and do the preacher and tell us that the future of this planet is depending on the energy consumption of our hifi so we can drown in guiltyness like politicians do.

We could sing a song too and dedicate it to her.

This was painted recently in Bristol, UK. 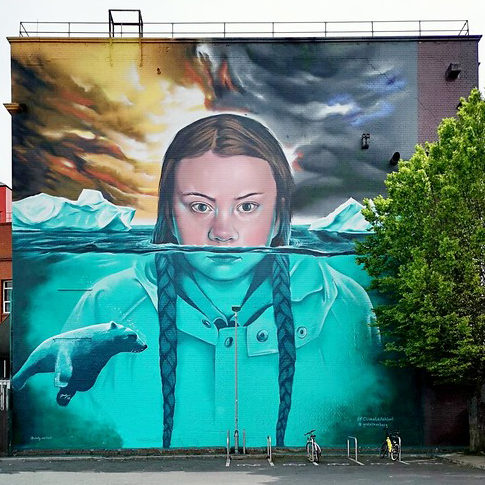