Any other star gazers here? 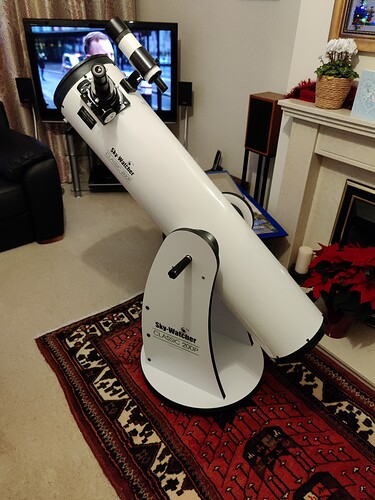 Yes I do a bit of star gazing, but not with a proper scope. I use my birding scope with 24-80x eye piece. My problem is light pollution, although it’s quite dark in the village, we have old street lamps spraying high & wide, although slowly being replaced with downwash LED’s; and unfortunately Oxford is just a few miles away towards the west.
If there is something worthwhile to look at, I/we jump in the car & go to some nearby dark spots.

I used to but I’ve lost interest a bit, just sold my observatory on SGL but still got my CPC1100 which I hope to use when we eventually move house. My interests were mainly planetary photography

@spile nice scope, can you recommend a good forum for a beginner please?

I have a Meade ETX125 with a bino viewer. Mostly Meade eyepieces, except for the shortest which are Pentax XW 7mm. I’ve had it for about 17 years now, and would really like a larger ‘scope but it competes with my other hobbies and loses out to the hifi because latter gives greater enjoyment.

In terms of upgrade, 8” doesn’t seem a big enough step up to be worth the extra expense, so to upgrade I would aim for 10” at least, but I’m only interested in computerised powered mount with go-to capability for ease of use.

My primary interest is planets, and I’d like to see more of galaxies. One thing I’ve yet to explore is astrophotography: my recently infrared-converted digital camera might be particularly advantageous, opening up a possibility of ‘seeing’ nubulae other than the one in Orion’s belt.

Where I live is good for dark sky - unfortunately cloudless nights are a rarity!

I do a little bit with the naked eye… but am seriously thinking of getting telescope…they are an awful lot cheaper than they used to be, but I agree in winter cloudless nights of somewhat of a rarity

I can highly recommend the Star Gazers Lounge as a very friendly forum for novice and experienced sky watchers.

Thank you, @spile i have been exploring the local astronomy club sites, but they aren’t interactive to get a feel for it. Of course Covid isn’t helping right now, but just the few clear nights we have had recently have been amazing.

I have always been interested in Astronomy, and took Astronomy as a peripheral subject at University to my main subject of Pure Mathematics.

I have one of these: 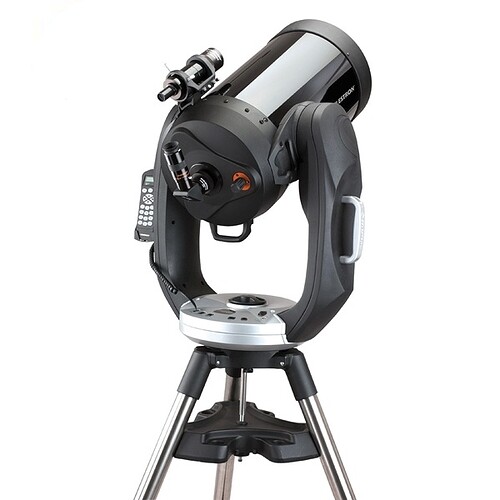 Unfortunately, it hasn’t seen any use over the past few years for a number of reasons. I don’t have a permanent location for the telescope, and so it has to be set up and calibrated each time I want to use it. Further, it is just too big and heavy to be transportable without a large SUV or equivalent, and pretty cumbersome to set up for a night’s viewing in the garden when conditions are just right. Unfortunately, over recent years, the trees that surround my back garden have grown to the extent that my automated celestial body finder/tracker I have for the scope is not able to locate its exact position which makes locating objects in the sky much more difficult.

The last time I used the scope, there was a problem with the focussing element, and because of the other issues I haven’t bothered to get it looked at.

The moral of this story?

Don’t just go for the biggest telescope you can afford. A sophisticated computerised 11" scope is just too big and heavy unless you have a permanent location in your garden to house it. Far better to buy the equivalent 8" model which would be very much more transportable and easier to set up for the occasional spur of the moment stargazing session. You won’t lose out too much in terms of a viewing experience by dropping from 11" to 8". After all, the quality of the eyepieces you use with your telescope is much more important than the amount of light that you trap.

Stargazing can be a wondrous experience. Despite the caveats I’ve explained above, I would recommend that anyone interested in Astronomy should indulge themselves with a decent telescope from the likes of Celestron or Meade.

Whilst the topic has fascinated me since a kid, I can see that the commitment required would mean that I would not get the most out of the hobby, perhaps a big pair of binoculars would be a place to start?

Totally agree, I bought an 8 reflector, it lives in the loft…
wish I’d bought the Meade ETX

I have the fortune to have a stargazing club a few minutes walking from my house, they are housed in the old observatory of the university. They regularly offer free access to the general public when there are special celestial occurrences happening (comets, conjunctions etc), i think it’s really cool! They have 3 telescopes, 2 for night viewing and 1 for daylight/solar viewing. 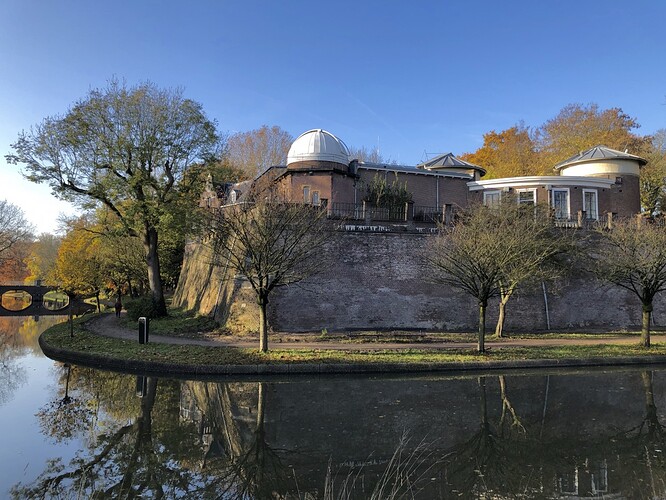 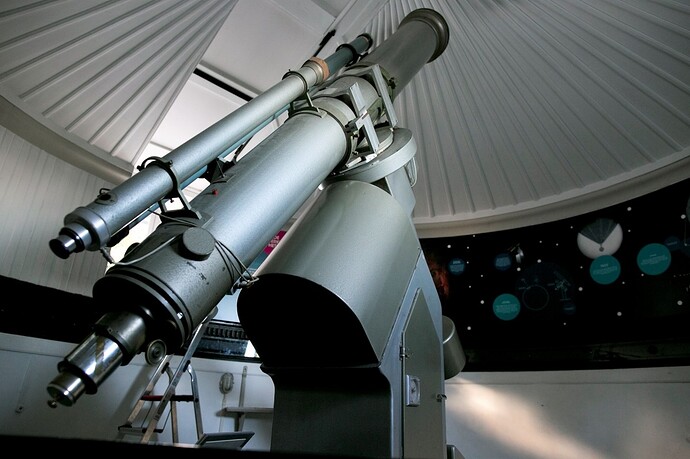 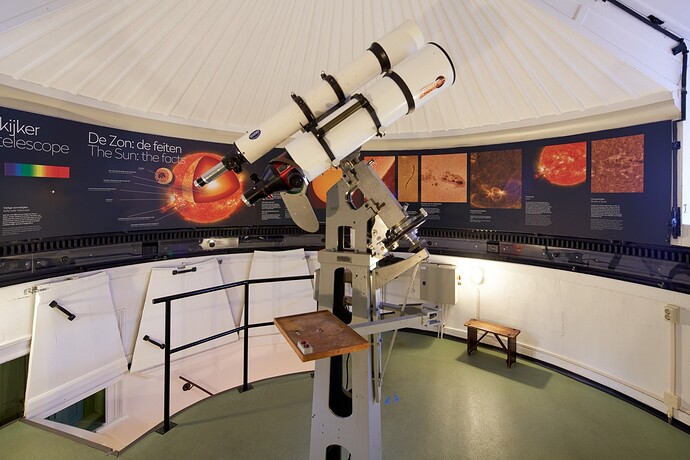 Binoculars are a great way to start, as they are just grab and go.

Big binoculars are often heavy, so think about how to support them. Also, the higher the magnification the more the objects will dance around.

I chose the 200mm (8”) Dobsonian based on the excellent reviews it receives. The aperture/size/weight ratio is right for my circumstances and the type of mount means it is very quick to align.
On my first morning/night I was very happy to capture Orion Nebula, Pleiades, Andromeda, Venus, Mars, Uranus, our moon and the great conjunction (Jupiter and Saturn):
Eyepiece prices are the equivalent of high end audio discussions however…

Eyepiece prices are the equivalent of high end audio discussions however…

Already proven by the purchase of an Baader Hyperion Universal Zoom Mark IV Eyepiece & Barlow
that is virtually the same price as the telescope!
Will I never learn?

I bought a pair of Celestron Skymasters 25x70 binoculars, which got good reviews. I also borrowed a decent Manfrotto tripod. I’ve had some cracking views of the moon but other bodies don’t seem to be particularly enhanced from a naked eye view. What level of detail should I realistically expect from the Skymasters?

Realistically one doesn’t get the same detail with binoculars or even a telescope as the impressive and often false colour photo images.

However you should get much more detail than the naked eye. Stars will still be points of light but you should see much more of them.

Planets can be good targets. You may get to see some structure such as the bands of Jupiter and also its Galilean moons. Saturn should show its oval shape and also its overall ring shape. In my binos at 10x magnification I only get a rugby ball image, but at 25x you should get more detail.

Open clusters may be worth seeking out. The Plaiedes for example.

A 25x70 gives a lot of magnification, though the aperture of 70mm may be limiting for dimmer objects. Still, seek out the Andromeda galaxy. It is a good target for binoculars as it is quite large (too big for telescopes).

I should also have added I live in a very rural area with little light pollution and, on very clear and crisp winter nights, get some great views of the Milky Way.

I am fairly similar other than to the southeast I see some low light pollution from Felixstowe Docks some 20 miles away… but the best visibility I find of the Milky Way is in the summer… I assume in winter there is usually too much moisture in the air in the UK… but it is spectacular in the summer once your eyes fully adjust… It starts to reinforce that feeling of how insignificant we are within our galaxy.

Give your eyes time to get used to the dark. I wear an eye patch half an hour before I go out.
Go fo Noddy Holder objects like Pleiades, Orion Nebula (drop dead gorgeous last night), Beehive Cluster, easy double stars, Jupiter and Jovian moons, Saturn etc, before moving on to more challenging pieces. Andromeda Nebula and other DSOs can be a challenge and more Shostakovich but beautiful double stars like Castor and Almarch can be very Phillip Glass.