I am looking at upgrading my Bushnell 8x42 Legend M binoculars. I do mostly birding and wildlife observations. I am looking at high end brands like Swarovski, Zeiss and Leica.

Has anyone gone from a mid tier binocular to a really high end one? I would like opinions and user impressions please.

I went from the RSPB HDX bins to a pair of Swarovski. They are really good with no refraction or colour fringing.
You really need to try them before buying to see how they feel etc.it’s a lot of money. Pls th at difern models and magnification.
I don’t where you are but the RSPB are opening their shops from the 12th of April and they will help you I’m sure.

I use opticron dba oasis wp 10 x 42…have had them for a few years, nice bins imo.

I am in Montreal and the shops are open by appointment only.

Ok. I personally wouldn’t buy without trying. I am an optics advisor with the RSPB and find that what suits one doesn’t suit another. When you are paying big bucks you want to be sure

These were a retirement present from my daughter.
I rarely go for a walk without them . 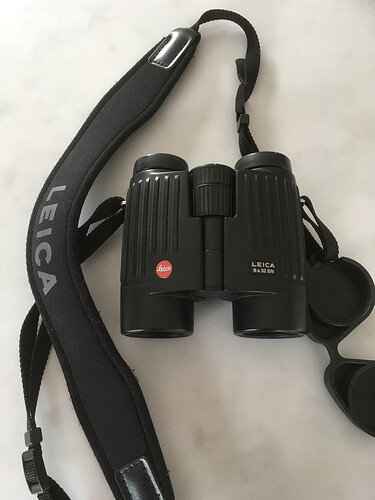 Hawke. Endurance 10x42. Very good but I did find them heavy for comfortable walking over longish distances.
Bout £250. I purchased them from a sponsored RSPB sale some time ago.
N

I started researching new Bins after a day at the Rutland BirdFair in 2019. Lots of Brands on sale and to try out. Some were fantastic.

I think a lot of non European made optics have caught up with the European Premium Brands at significantly less cost.

It depends how important the “Brand Name” is to you imho.

I had a pair of Swarovski EL 10x42, unfortunately they went ‘missing’ when on a trip around Namibia.
They were very good but like any bino especially when used in bush conditions, they get he same scuffs & knocks.
I had always liked my Opticron field 'scope so I replaced them with Opticron binos VHD+ 10x42, they’re a quarter the price of Swarovski but to me they are just as good

But there are sections for most makes.

Wonder at and lust after the new NL Pure range and their enormous field of view and price to match.

Swarovski service is excellent in my experience and seems to be second to none reading about them.

Personally I have a very out of fashion and grossly underrated porro set of Swarovski Habicht 8x30 binos. They have their faults (notably a stiff focus and uncomfortable eyepieces without an addon). I love them - light, comfortable to hold, very bright and very crisp over a large part of the viewing area and they don’t look too flash. Plus they are significantly cheaper than the top of the range.

That, of course, does not stop me in the best Naim tradition of thinking of upgrading or adding to them - perhaps a 10x42 or a Zeiss SF?

There is an awful lot to be said, unless in low light, of my small pair of Leica Ultravid 8x20. Very small, very light and very good. And I can carry them all the time. The best binos (like cameras) are, as the cliche has it, the ones you have with you.

There is probably not a huge amount between the top league optics and it probably comes down to ergonomics, weight, and what catches the eye (see what I did there?). Many of the top end have flat field views which most get on with but a significant minority really dislike (the rolling ball effect); if you suffer from this, a more traditional view may suit (e.g. the Swarovski SLC range although this is just being discontinued and will reappear as part of the Kahles range in the Summer) so a replacement series is expected soon.

I agree with above advice about trying and also branding.
Years ago a dealer had a display at a WWT bird reserve and I tried various makes including Nikon and Swarovski. I wear glasses and some just didn’t suit. I eventually bought a pair of Delta SL3s (Japanese make) 8x42 which I thought were the clearest and most comfortable. Half the price of the others.
Been really pleased with them since.

One thing I meant to mention is that Zeiss have a system where you can try out their models (some of them anyway) at home for 48 hours which might be worth trying.

I tried out Swarovski, Leica and Kowa and found these suited me best. At the time they were about 60% of the price of the other two brands’ equivalent models, although they seem to have gone up a bit over the last couple of years. 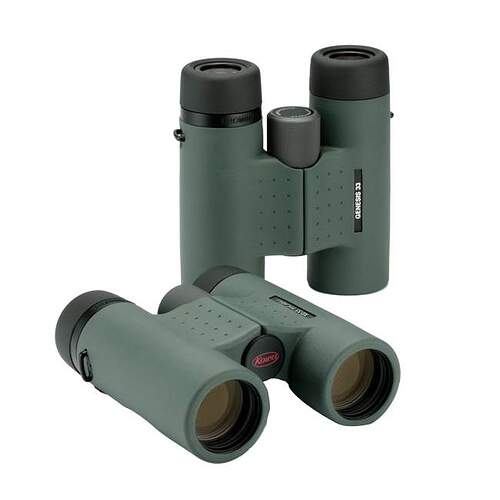 I bought a mint second-hand pair of the 8x42BN Trinovids about 15 years ago. The previous owners had found them a little heavy (after less than a year use) and changed to 8x32’s.

One of my prized possessions.

Thanks everyone for the replies so far!

I have a pair of Trinovid 10x25 BCA binoculars that I’ve had for about 25 years. They replaced some 10x50 binos the make of which I can’t recall but may have been Bushnell. I was shocked to find the despite their small size and same magnification, the Leica had about the same field of view, and brighter! The decision to buy was instant upon trying them. With weatherproof optics (officially “showerproof”) and excellent build quality, truly pocket sized and so light as to be almost unnoticeable, they go with me everywhere unlike my previous binos. They were a bit pricey, but worth every penny. They have quite long eye relief, with push-in rubber eye cups, so work well passing between my wife who wears spectacles and myself, not.

The only other binos I have are much bigger not intended to be portable, normally used on a tripod. They are Strathspey 20x80 and when I bought them, despite their relatively low cost they gave better image quality that the other 20x80s I’d found with short enough closest focus and long eye relief. Not as good as the Leica on anything where the 10x mag is adequate, but better for their intended purpose of bird/animal watching at home.

I think all of the small Leicas are brilliant. I also have a pair of Trinovid 8x20s. Really tiny, very good indeed and good value as well (relatively speaking). A bit warmer than the Ultravids and fractionally less bright but only noticeable if you compare them side by side. They are not waterproof unlike the Ultravids.

I had my 8x20s with me walking the dog this morning and spent some time watching a pair of Greater Spotted woodpeckers. They are perfect for that.

I second Mike and Gazza’s recommendation of Opticrons. Highly recommended.

I previously had Leica. Tried Swarovski, Ziess & Leica at my local dealer and opted for Zeiss Victory SF 10 x 42. The dealer had some test targets set up about 100m away and to my eye these were giving the clearest sharpest images and are quite a bit lighter than the other 2.

Interesting thread - it’s 20 years or so since I bought any but I made the decision to buy two pairs: both Zeiss. However, the 7x45B TP are designed for low light viewing and are the real deal, apart from the fold back eyepieces which perished; the other pair also badged Zeiss (10x25 B) come from the old East German factory where the optics are not quite up to scratch, but the rubber eye pieces have not perished. The latter were second hand and travel with me everywhere.

I looked at comparable Swarovski at the time, they had a similar feel and the eye pieces were, in retrospect, more robust, but I don’t regret my decision.