Anyone seen or owned one of these, Sony elcaset 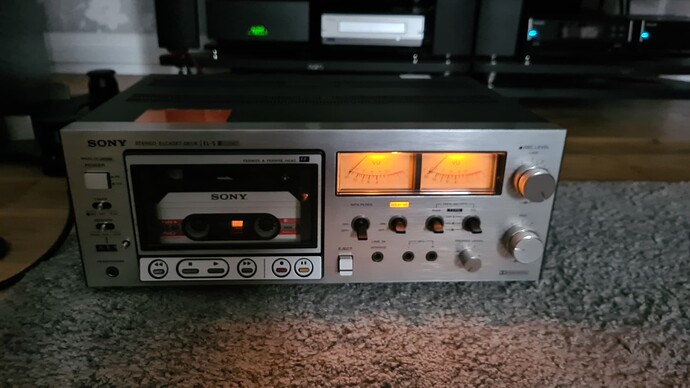 Sony elcaset
Quite rare and a bit of a beast, been lent it, so i can have a play and see how it compares to the dragon.
Wider tape and a larger dynamic range than normal cassette, so it could be very interesting

Yes, I had a Sony EL-7. A nice bit of kit that also allowed off tape monitoring. Performance was pretty amazing really. A shame it never caught on. The biggest problem I found was tape availability and cost. So after playing a bit with it I sold it on.

Out of interest just looked at the price of media. Ouch. @Richard.Dane I guess no commercial media was available on this format?

Guy local to me has 2 of the 5’s, this being one of them, plus a 7.
It certainly is a strange one, but looks cool and sounds very good as well, just been recording a few tracks on it, shame its not the 3 headed 7, as miss not being able to compare copy to source, but its done a good job.
Its a bit noisy which is a shame as you can hear it working over the music on quite sections, but got it to play with for a few days.
The tapes are hard to find and very expensive especially unopened stuff, plus the tapes themselves suffer from squealing apparently.
I did a quick comparison to the dragon using metal tape and the elcaset using the sony type 2 tape and the dragon has the better on it, this obviously could be for many reasons, from tape and all the way to condition of the machine, but never seen one before and its interesting using it

Very little i believe, but certainly no expert on this as just going by what the owner said, he is Steve by the way

I don’t think there were any pre-recorded elcaset tapes. The only blanks I have seen came from Sony: the basic SLH ferric and then a premium Ferrichrome.

Back in the late 80s and early 90s there were quite a few sealed black Sony Elcaset tapes available through the classifieds of one of the HiFi mags. You could buy them by the case, and they weren’t that expensive. Different now though…

It looks a well built bit of kit, very clunky in operation especially compared to the silky smooth dragon.
I love the way it looks especially the main control buttons and the large tape just looks comical, but very 70’s cool.

I certainly wouldn’t swap it over the dragon, but at the same time, i guess it has its own place in history, i would like to own one just to look at it but thats a bit silly even for me really lol 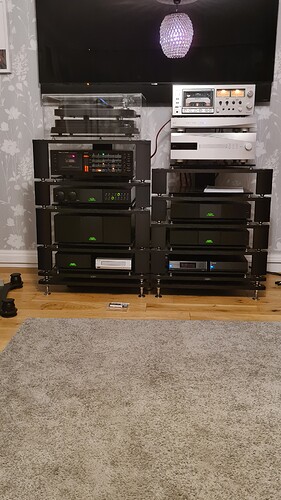 I have here a Sony TC KA6ES that purchased new and never used, I even not have a single cassete. The remote was an opcional purchase that I made with this Sony and also still here.

I never sold it, I never used it, a few months ago connected it and tried to find some metal cassetes to buy, but they are no existent to buy anywhere.

So I have a brand new deck to use without media.

I need to clean the dust, this one was one of the last decks they produced when they implemented the Dolby S, 3 heads, 3 motors and sapphire halters. Sony in that time made some cassetes that was the metal master in ceramic, they were expensive.

Thats a shame, plus its probably going to need an overhaul as well due to age especially as its never been used, but at least the heads and transport wont be worn.
You can get new type 1 tapes still and lots for sale right now, type 2 are also easy to find, but these are old stock again lots for sale, as for metal then these are quite expensive and a bit harder to find, but again only old stock.
I would treat yourself to a used tape and see if it all works ok still and see what it sounds like if it works ok as like i said the grease etc will have gone solid and belts will be long gone, but they should be available

A pic to show the size difference and the wider tape 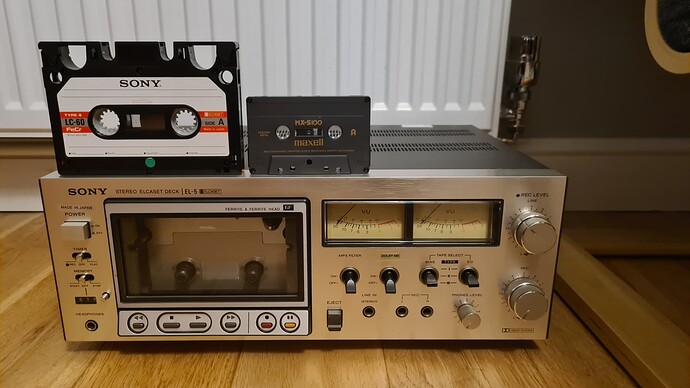 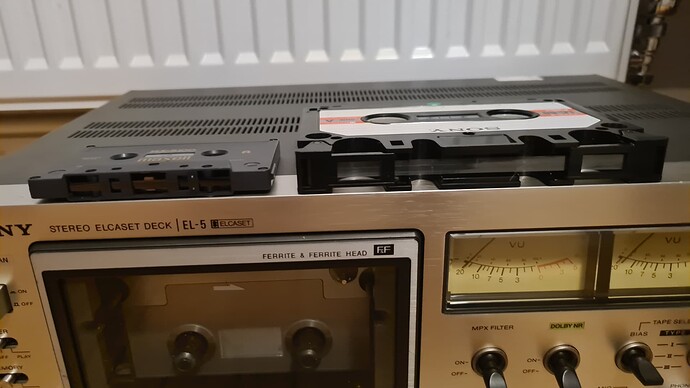 Oh cool. Good to know Dunc. I’ve never seen one in the “flesh”, so to speak.

I remember seeing them in a couple of hi-fi stores and once seeing one in a small recording studio, I think it was there as another way to record the master tape. I also recall reading that radio stations sometimes used them to record interviews etc, as they were nearly at reel to reel quality and much easier to use.

Got myself another one, but this time its the 3 head version the EL7, along with quite a few blank tapes and matching remote control.
Once again this one is in lovely condition and just couldn’t say no to it, lol 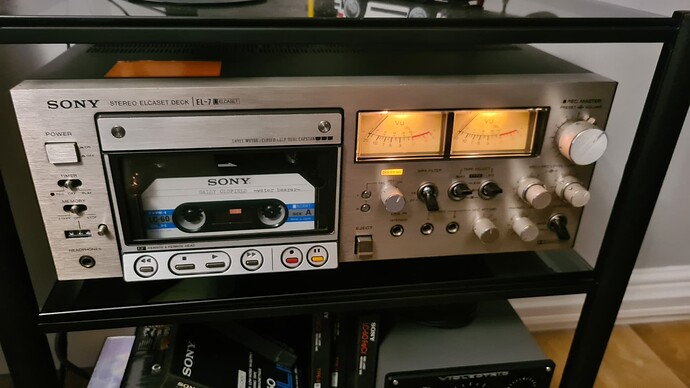 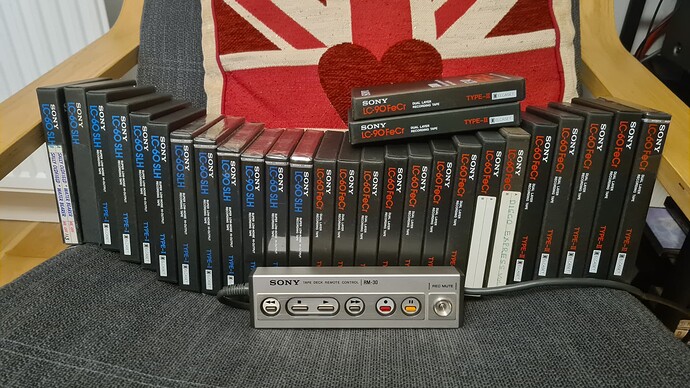 These should keep me going for a long time

Plus i have a new release recoding coming end of june.
Limited run of just 40, full analog production from beginning to end, of calling cadence.
These are being copied from the master tape, 1/4, 30 ips so should sound great as even the hi res on qobuz sounds very good