I have seen a recurring problem with the Naim App where the app reloads with an almost blank screen, typically after I have been playing music but then left the system to time out after use.

When I return to the app the screen is blank except for the track last played - I can’t access all the usual menus like Albums, Tracks, etc (first screen shot). I have to kill the app, then when I reopen it it loads correctly (second screen shot). 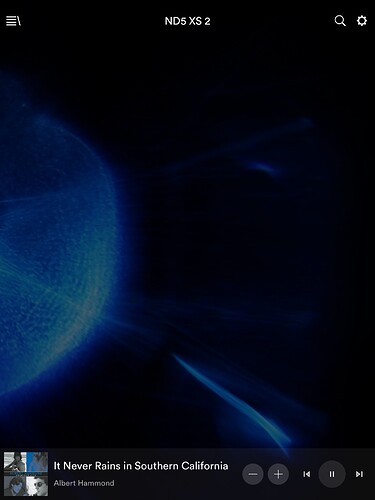 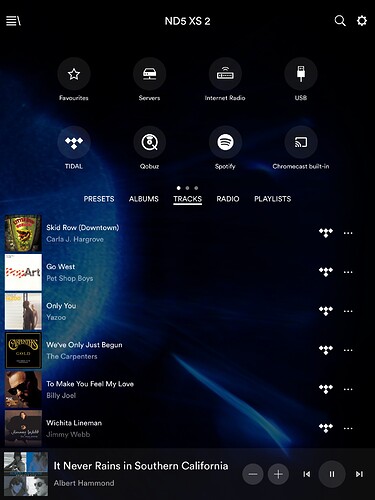 I have seen this, but normally only when my phone has swapped WAPs since it was last looking at the streamer. As you say if you kill and restart the app, it fixes it. In fact when I have the release and beta apps side by side, choosing the other app -whichever it is - sorts it too.

I have seen this several times but it only happened when my NDX2 went into some failure mode and was flashing 4-2-5 on the on/off button. Never had it otherwise. (And the 4-2-5 failure necessitated a trip back to the mothership)