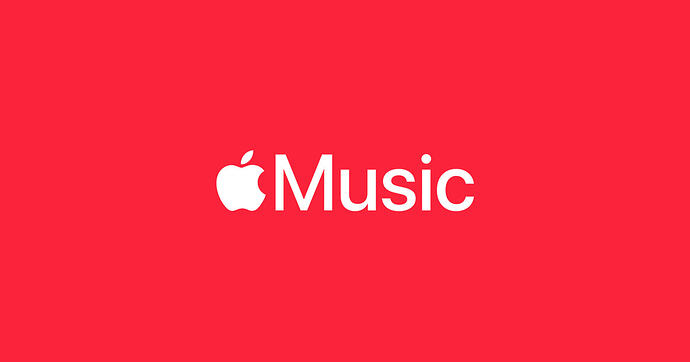 They will take what they want from it dismantle it and incorporate it into Apple Music I would imagine. Apple have form of doing this and I don’t see them having two services to maintain. It does say it will have its own app but we will have to see I guess if it does or someone else decides one app to rule them all is where it is.

Or a Music app, with a Classic mode.
(That would be a fun variant for an app with that label/name.

As a classical music novice I really enjoyed their app, curation and the notes on many recordings. It was a great, educational gateway into classical music for me. The classical catalogue was bigger than the other streaming services and the interface made it easy to explore all the different renditions of a classical composition. I’m disappointed about the shutdown and hope that Apple deliver on their promise.

Primephonic offered a refund, six months of Apple Music and a way to export/import our playlists to Apple Music. I guess that’s about as much as you can ask for.

A friend of mine works there. Knowing American companies, I have no good hope for him. There is the option though that Apple considers not only the contracts with record companies interesting, but also the good catalogue / meta data / app. In that case the people might have an interesting opportunity to work for apple.

Mixed feelings about this, though never used Primephonic.

I have an Apple Music family subscription, but mostly use Qobuz/Tidal.

Smaller streaming outfits including Qobuz with a strong classical catalogue undoubtedly will be concerned by this move.

If it’s a free addition to Apple Music (even if there’s a separate app) it may well enhance the experience, but they still need to work on delivering lossless/hi-res streams to our non-Apple audio gear without the need to jump through hoops with external DACs etc.

While we could argue this is bad for choice, I probably feel Apple is a safer pair of hands for an acquisition than Spotify, Tidal or Amazon.

As a now former PrimePhonic subscriber, I’ve acquired an Apple ID and checked out the Android versions of Apple Music on the Google Play Store. The reviews of the current release are absolutely atrocious. Anyone have comments? As I write I’m listening to Chopin Preludes via the Apple Music website; sound is fine, of course, but Apple Music’s current organization is to PrimePhonic’s as, let’s say, the multiplication tables are to quantum mechanics. Presumably the partnership (?) with PrimePhonic will improve that. So we–shall–see…

According to some article I read and as far as I recall, initially the Primephonic catalog will be integrated into current Apple Music. Then Apple Music will acquire new features for classical music. And later they plan to release a new, separate app for classical.

Whether and how this happens remains to be seen, but some disruption in phase 1 is to be expected and I think can be excused if they follow through (as annoying as it surely is)

Apple will undoubtedly have considered “synergies” and how many people they want to lose from there. Sometimes people with key understandings are kept on, sometimes they are let go precisely because the new owner wants to do things differently and finds it counter-productive to keep “but thats not how we do it” type people there.

In my industry, a buy-out often works out financially for the employees as all got options/stock. I hope it does for him as well!

In my industry, a buy-out often works out financially for the employees as all got options/stock. I hope it does for him as well!

No idea what industry you work in, but that never happens in mine. It’s buy out, strip out, let go and assimilate what’s rest. No one gets any shares apart from the original owners and they are generally on borrowed time before they leave or are let go.

Im in biotech and it remains one of the few industries where in startups as well as big publicly-traded companies it’s common (at least here in the States) for every employee to get equity.

Now if it’s a pre-public company that is going public, much can happen to that early equity. Meaning, reverse-splits to create enough equity for the new investors to buy, at the expense of those early employees.

But the small but public companies give equity to all employees. And when the company gets acquired theirs gets purchased by the acquirer just like the rest of it.

The problem with Qobuz’ classical catalogue is the metadata, which are orientated to performers rather than composers. So, you might get a Daily Mix entitled Sibelius, but then you get a list of performers and ensembles which are mostly meaningless, at least to me.

Yes, I forget to mention that - Qobuz metadata/file naming is not their strongest point - filenames are possibly less important if the metadata is up to scratch but some of it is cryptic in the extreme.

Sounds as though Primephonic’s curation/metadata is one of the things Apple is looking to harness.