Are you a Roon user? (Poll)

@Simon-in-Suffolk do you know if running roon core on a laptop, is it beneficial to have it connected to switch via Ethernet, or is it ok to stick the laptop in another room and it just using WiFi?

The reason I ask is unless I am missing something, the fan on the laptop is a distraction in the same listening room unless there is a way to stop it?
And lastly if I remember correctly when I tried the roon trial if the screen sleeps, roon stops.

So ultimately I don’t want a noisy bright computer sitting in the same room as I am listening (Cisco 2960 next to Hifi). Any suggestions other than using a different type of core?

I run the Roon core on my home network, it’s well away from my audio equipment in another part of my house. Obviously the advantage of using Ethernet is it doesn’t need to be anywhere near your streamer.
In my experience running Roon on OSX, it carries on regardless of screen sleeping or not … in fact works really well just sitting there in the background, so I save running costs by not having to run another server …I use an iMac

I tried it (twice) and didn’t like it, first time 3 years ago a very strong dislike, the second a year ago some of the worst things had changed, and other things I particularly disliked I found could be switched off, but I was left with something that brought no benefit compared to my present library/rendering software (Audirvana), but costs a lot more.

I liked its user interface but in the three trials I have had the SQ could not quite match that of others I have used.

recently updates have made roon radio much better, I am getting rich seams of great music coming through.

If you have one hifi, one audio point, then its probably not worth it.

I am just having a go at the trial for the second time around. I only use Qobuz and only hold about 4 hires albums on a connected SSD.

How do you work the roon radio, I can’t see it. Maybe that’s because it hasn’t built up enough information on me yet?

I run Roon Core on a MacBook Pro, and I can confirm that it the screen doesn’t need to be lit up for it to work. I can control it on an iOS device while the laptop is asleep. I don’t know if the same would apply on a Windows laptop.
I have a network connection to the MacBook, but if I don’t bother plugging it in, it still works surprisingly well over WiFi. If I listen carefully, I can possibly persuade myself that WiFi doesn’t sound as good, but any differences are marginal.

Pick a track and click it a pop up box comes up choose rood radio.

It think its using deepo learning or what evs so might be building up a profile for you.

That being said, when ever I play YES, it always please either EL&P or bloody Genesis after. I hate Genesis, and every time it plays I skip and tell it I dont like this track, but it never, ever learns.

Roon radio is designed to continue to play music in the same vein as your current playlist. So for example, play one track by blur and roon radio will keep going with oasis, pulp … playing from wherever it can source the music, either local or qobuz.

How do you work the roon radio,

When I trialled a year ago, it was ‘on’ by default - and took me unawares when upon reaching the end of an album I had selected to play from my store, it kicked in, suddenly playing a random track from the middle of another album in my collection. It was awful, completely jarring and out of context! That was the first I knew of the ‘radio’ function, but it was a few days before I learnt that was what it was and how to turn it off.

Roon radio has been improved in the latest release, and in my experience plays music more in keeping ie less random.

If you have one hifi, one audio point, then its probably not worth it.

I’m pretty sure that I would still use Roon even if I had only one ‘end point’, but in my case I have 4, and Roon makes integrating each of these systems so much easier and makes operating each of them so much more pleasurable.

This is a schematic of my systems and home network: 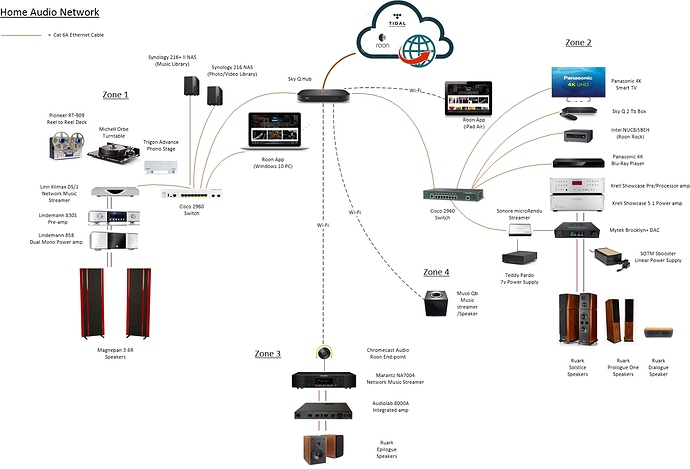 My bedroom system (Zone 3 in the diagram) suffered from an appalling front end app for my Marantz streamer. Roon has completely resolved that issue and allows me to stream files of any format to any of my end-points. My Brooklyn DAC+ supports MQA and DSD. The rest of my systems do not. As well as having a fantastic front end app for each of my systems now, I don’t have to worry about that. I just select a file to play - any file in any format. If the system I am listening to doesn’t support the format, Roon detects this and converts the file on the fly to the highest quality PCM file that the device in question does support, and of course it also carries out the first MQA unfold to each of my 3 systems that do not support MQA.

Quite simply, completely seamless and a joy to use.

Not for me at all - it is information for information’s sake. Tried it twice and to me, it just gets in the way. I prefer the Alexa/Siri approach - you just say “Play Dark Side of the Moon” and it plays 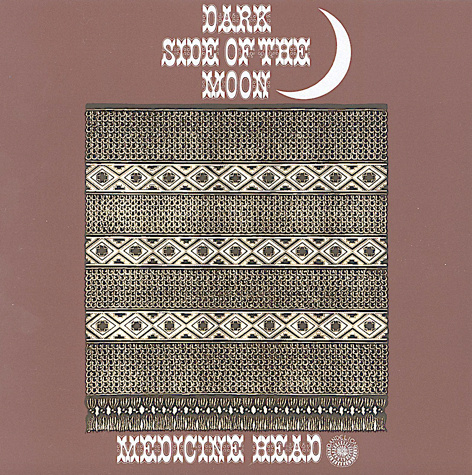 and in my experience plays music more in keeping ie less random.

Unless it plays complete albums not isolated tracks, and happens to correctly judge my mood at the end of whatever has been playing, I am likely to find it irritating at best. Picking something of the same genre, or style, or even artist, doesn’t work because my mood may be changed by what I have just played to want something different - or not.

That has just depressed me.

I’ve been a fan of Medicine Head ever since “Pictures in the Sky”. I have 5 of their albums in my Roon Library as well as a few on vinyl. I thought I’d give the album a play since it’s not an album I have heard, but to my dismay it’s not available in Tidal.

Of course it couldn’t be as good as the PF version, but I’m sure it would be a great version in it’s own right.

Dunno, that’s the one thing I am enjoying, find someone you like then you get all the album cover/booklet information plus loads about the artist and all sorts.

But a bit jarring if it plays the other Dark Side of the Moon, rather tgan the one you’re expecting?..

And Siri (or Alexa) should ask: “What’s the magic word?” if you fail to be polite and say ‘please’!

But a bit jarring if it plays the other Dark Side of the Moon, rather than the one you’re expecting?..

What other Dark Side of the Moon? 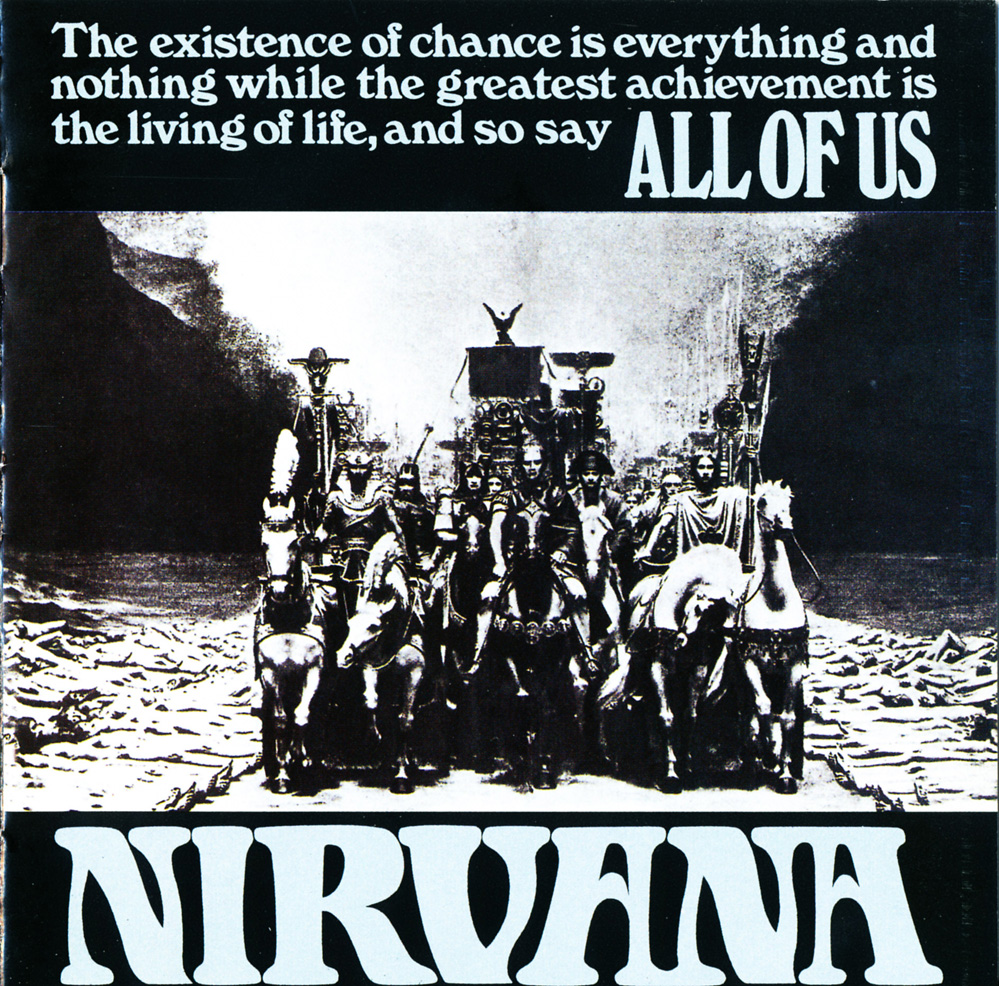 Of course I could have used the album title “Hey Siri Play The Existence of Chance Is Everything and Nothing While the Greatest Achievement Is the Living of Life, and so Say ALL OF US”

And then there is my favourite Chumbawamba album “Hey Siri please play The Boy Bands Have Won, and All the Copyists and the Tribute Bands and the TV Talent Show Producers Have Won, If We Allow Our Culture to Be Shaped by Mimicry, Whether from Lack of Ideas or from Exaggerated Respect. You Should Never Try to Freeze Culture. What You Can Do Is Recycle That Culture. Take Your Older Brother’s Hand-Me-Down Jacket and Re-Style It, Re-Fashion It to the Point Where It Becomes Your Own. But Don’t Just Regurgitate Creative History, or Hold Art and Music and Literature as Fixed, Untouchable and Kept Under Glass. The People Who Try to ‘Guard’ Any Particular Form of Music Are, Like the Copyists and Manufactured Bands, Doing It the Worst Disservice, Because the Only Thing That You Can Do to Music That Will Damage It Is Not Change It, Not Make It Your Own. Because Then It Dies, Then It’s Over, Then It’s Done, and the Boy Bands Have Won.”

Does Roon now give you the genuine album booklet? When I tried it had some rubbish from a pretty clueless reviewer (I think Allmusic, which is almost as bad as Rolling Stone. Do these people even listen to the album?) - I found it quite annoying. Of course the worst ever reviewer was Jeff Dreadnaught (please tap or click)

If Roon has axed reviews in favour of the booklets that come with the CDs or LPs then that is very good. And it is good that you can disable the suggestions.

I usually get JRiver Panel to display the lyrics of the currently playing song.

Yes I understand some folk love Roon and like to know who played sax on Gerry Rafferty’s Baker Street.