Artists/Bands you discovered years after everyone else had?

Led Zeppelin for me.

When I was at school in the late 1960’s, early 70’s, Led Zep & Deep Purple were the two biggest bands around & for some reason, known only to us schoolboys, you were only allowed to like one or other of them, not both.

This was fine for me as I liked the clean, powerful DP sound & thought LZ to be a very messy, confused sounding group with only Whole Lotta Love coming close to being close to a good track. I therefore went out of my way to avoid them until 1995.

Then in 1995 a friend of mine said Page & Plant were doing one night only just 15 miles from where I live in Cornwall & did I want to go with him to see them? I said no but he convinced to go me by saying that this could be the last chance to see the remnants of Led Zeppelin as they were aged late 40’s, early 50’s by then & obviously wouldn’t be performing for much longer!

So we ended up at Cornwall Coliseum (now long gone) & Page & Plant ambled on stage with their Egyptian orchestra & tore into Whole Lotta Love as their opening track. It was sensational & I was hooked from that moment on. The rest of the show was superb, mainly Zeppelin material & all the musicians gave it all they had. I still have a Daily Telegraph review somewhere which said that ‘Led Zeppelin never sounded as good as this’.

I thought I was going to see two faded ‘greats’ going through the motions to top up their pensions but what I got was a band saying ‘see how good we are after all this time’ & to hear just how good all the material was. Deep Purple eat your hearts out!

The following day I popped into the local record store & bought all the LZ CD’s they had & have been a fan ever since & forever wondering why I couldn’t stand them all those years previously.

Anyone else experienced a similar transformation?

Odd, because there were no such limitations amoung my group of friends at school… I ‘discovered’ DP through browsing in a record shop and picking Shades of to have a listen, (would have been 1969). That quickly led to the other Mk 1 albums. LZ I first heard at about the end of that year through a friend (Whole Lotta Love), and was hooked. Then came I In Rock and seeing DP as my first live band - such a shock to the system, but in a nice way. Heady times! Sadly I never saw LZ.

Meanwhile, in response to your question, there are many bands/artists I discovered years after other people - simply never enough time or money to experience all good music at the time. However my mist dramatic example is a bit different, not so much years after other people, rather years after dismissing as not for me. I described in detail in the Have you ever had a musical epiphany? thread a few months ago, so here’s the link for anyone interested:

While not exactly years after, then at least awkwardly long after: Two years ago my grandkid played an album for me. I was so completely gobsmacked by this, that when I got to work the next day I had to tell a young colleague “that she really had to hear this cool newcomer”. Turned out Billie Eilish had been the bee’s knees for quite a bit longer than I thought :-

And, by the way, to paraphrase Chris Thiele in one of the Live From Here [on Billie Eilish’ birthday] shows, if this is the state of modern pop music, things don’t look at all bad.

I think my attempt at a witty title for this thread was a little misleading. It should really have been ‘Artists/Bands everyone thought great except you, who didn’t appreciate their greatness until many years later’.

Not quite as snappy is it? More accurate though.

You obviously went to a very different school to me. Along the same lines as DP v LZ, if you supported Liverpool you couldn’t express admiration of Man U, you had to hate them with a passion. The joys & unfathomable thought processes of early teenage boys!

PS I did read your musical epiphany pieces originally & also contributed to the thread.

When I was at school a good mate who was a fine musician in his own right lent me Kind of Blue and said you must listen to this. I did, I didn’t get it and returned. Years later I heard Flamenco Sketches on Jazz FM and it just happened. Bought it the next day, now arguably my favourite album and got loads of stuff by Miles/Coltrane/Adderley etc.

Talk Talk and Grateful Dead, both through constant posts on the WAYLT thread.

This year I have had an Elliott Smith binge.

I was always ‘aware’ of him, and seen his name referenced in reviews of other artists that I Iike but somehow never actually listened to his albums. More fool me, I think they are quite brilliant.

There has been loads that I’ve known, but never got round to finding more about.
A few years ago I discovered Blaze Foley.
A country folk singer that recorded a few albums. He died penniless in 1989 without much recognition. Although apparently had since become a cult artist.
He lived a tough life, his simple songs reflect that but have a playfulness that’s quite charming.

Elliott Smith is well worth investigating I have his last album, don’t know why I even bought it but love it.

Do you mean the posthumous release ‘From a Basement on the Hill’?

Definitely have a listen to ‘Either/Or’ and ‘XO’ which straddle the primarily acoustic style of the first eponymous album and the heavier more ‘band’ sound of the last two. ‘Figure 8’ the weakest for me, but all relative.

The compilation ‘An Introduction to Elliott Smith’ is a brief but decent collection for anyone looking for a way in to his music.

I’m going to disappoint you, it’s Figure 8. Now I have Tidal I’ll investigate the others.

You have pleasures to come!

King Crimson. I had been aware of KC, but had never listed to any of their music. Deep Purple, Zepp, Floyd, etc - all those I ‘did’ years ago. Queen was a band I discovered from their early days. But no KC.

So, only a few years back, I bought the Condensed 21st Century Guide To King Crimson - and was hooked…! For those who don’t know it, its a 2CD set, with CD1 covering KC up to their dissolution, post ‘Red’ and CD2 covering from there onwards. Based on hearing CD1, I acquired all the CD’s up to & including Red.

For those new to KC, they started as a Prog Rock group (with In The Court Of…) and then evolved from there, to places previously unknown, to all except Robert Fripp…!

Highly recommended - but they are probably Marmite…

King Crimson are definitely a band I’ll be investigating, I don’t believe I’ve ever heard them. They be on my playlist tomorrow.

Its likely you will have heard ‘21st Century Schizoid Man’, at some point, without knowing who is was… 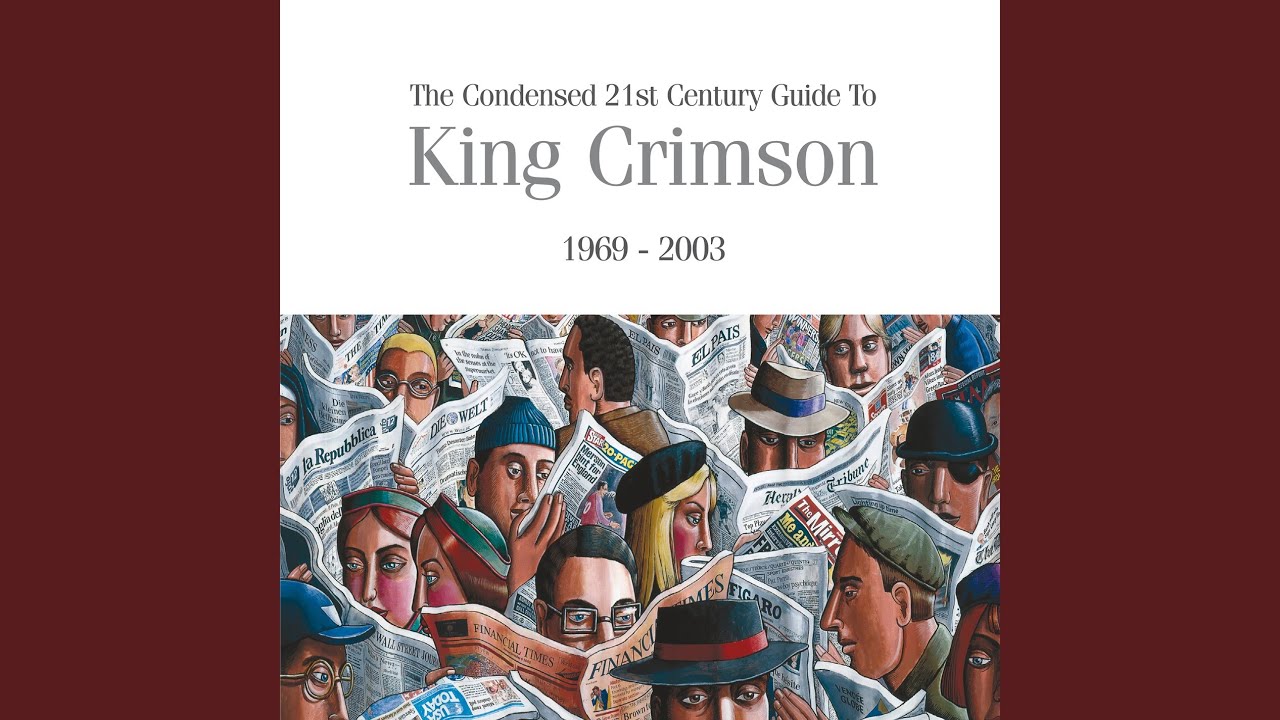 I hope you enjoy your discovery of things KC…

[King Crimson has been described as ‘a Way of Doing Things’, rather than a group or band…]

Absolutely! Loved Court Of The Crimson King when released, loathed their next 2 or 3 albums, ignored them for years. Fast forward to about 2015, discovered their music again, now have all studio albums and fair amount of the live recordings. Need to be in the right mood, but when the time is right little else comes close.

I have only seen the ‘modern’ version of KC. At Symphony Hall, Birmingham… I enjoyed it, but my (now ex) partner did not. Whether KC contributed to her departure… Who can say…