I’m using Minimserver so that’s a good point but I would be surprised if that’s the difference otherwise there would probably be a lot more complaints on here about Asset not handling artwork properly. I’m also using an Android tablet rather than an iPad so I’m very much in the minority in here on that front.

Is the Aaliyah image your own scan? Try with the dithering option enabled to reduce the “surface noise”.
I suspect the issue here is the process of making a resized image in the app is increasing the noise that is already present, like making an mp3 from an mp3.
Try with this image 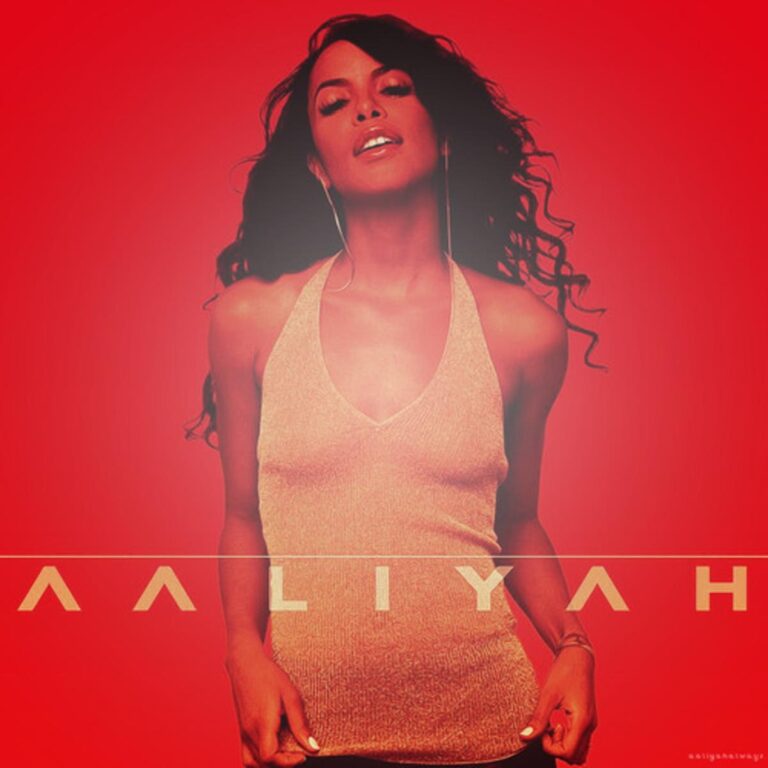 I’ve used both Minim & am now fixed on Asset & unlikely to change.
Asset handle art & all the metadata perfectly well, & can take very high pixel counts, no different to Minim in fact. Minim do have more options better suited to Classical music, but outside that there is no difference.

I’ve tested a track from that album getting the 1400x1400 art from dbPoweramp / Perfect Tunes and resized to 800x800, this is the result and it looks fine to me. 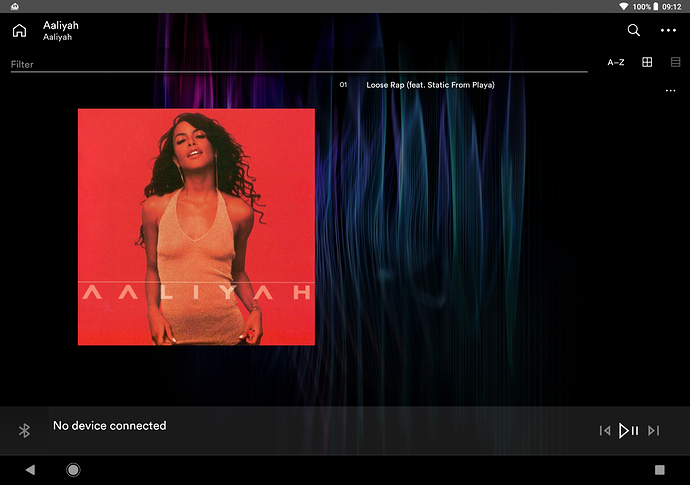 Can the OP perhaps try the webclient on the Naim device and see what the artwork looks like to rule out any issues with the Naim app? From a browser enter the IP address of the device followed by /webclient assuming the device supports this feature 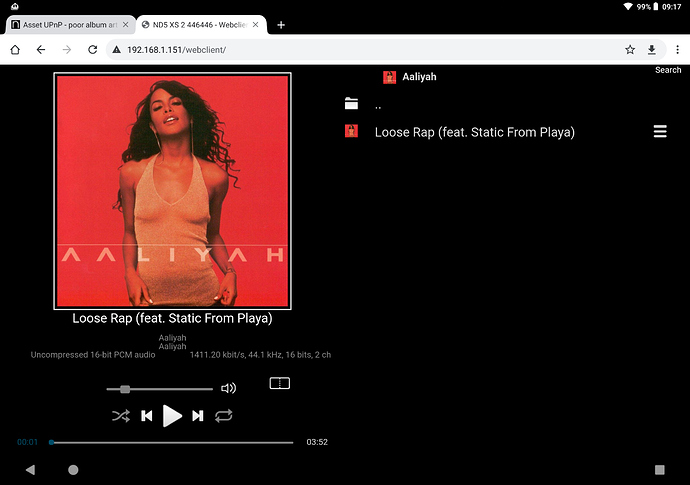 Interesting. I wonder why my view looks different. 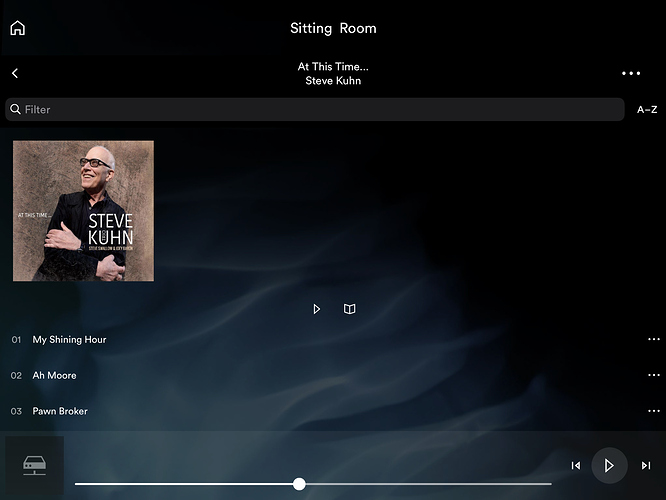 I am on Android if that makes a difference. I dont have that filter option in this view either

Maybe that’s it. Mine is using an iPad mini 4. It’s the screen I get after choosing an album from the list I posted above.

Something mysterious happened. In the earlier post I showed the screenshot of how it looked with the online picture, i.e. still bad. Then I went to Nova webclient and so on. Now I returned to the same “album view” and it looks fine, suddenly, i.e., just like it looked all along in the play queue. Now I am utterly puzzled.

Mine seems ok on Android. Clear and sharp. 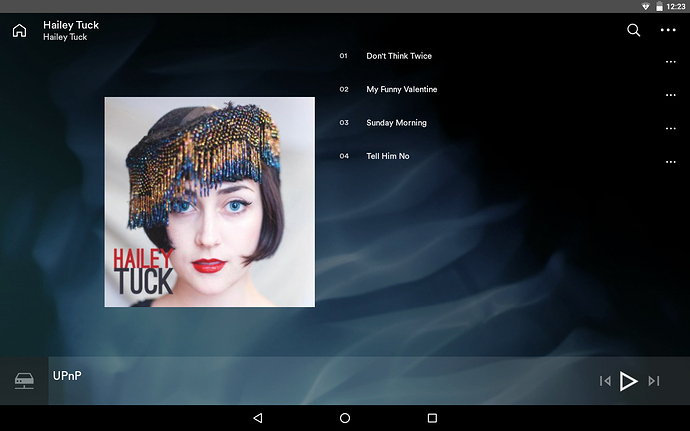 Yeah, thanks, as this was always the same for me in the play queue and suddenly also in the album view. I guess there might be some caching issues. Maybe me going to the webclient triggered something. Obviously there is no fundamental issue in image, app, nor in Asset. There is proof now that I can start ripping without being worried about wasting time, and the album view display issues is only temporary in any case.

These things move in mysterious ways… The good thing is that it’s sorted out.

I suspect that it will return occasionally, but maybe I can find a way to reproduce and undo reliably. If I can narrow it down and it turns out to be the app (which it does at the moment), I will let Naim know.
But yeah, the important thing is that it I have proof that it can work and that the result that my ripping work produces is fundamentally usable and not wasted effort.
Thanks again!

I use an Android tablet as well. I stay away from anything ‘i’,; computers, phones, tablets, software, if I can. I just don’t like the way they demand that they control everything. I guess their group process is handy for integration if you trust them … but I don’t.

Apple-free here as well apart from an old iPod Classic. As far as I’m concerned anything that doesn’t give me filesystem access or prevents me from installing software other than anything from their own store is a no-no.

No Apple here either. Never like them since the Apple II appeared.

Don’t have any of the problems reported here, with Asset on RPi to a NDS controlled by a iPad Pro 9.7

So under ‘New Albums’, I get thumbnails of Albums added recently 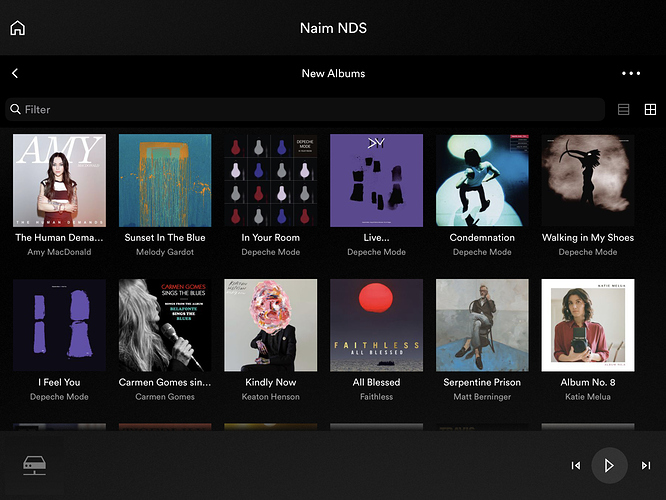 Then in the view of the Album, the cover art is nicely presented.
I have been asking Naim for, for the last 4 years or so, for the Image to be centred when being taken from a 3rd party UPnP server, where there is no additional text for the album. It changed from being centred to this left justified with the introduction of the UnitiCore 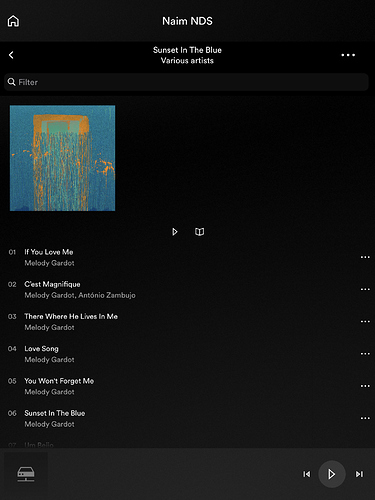 Then when the Album is played the Artwork is correctly displayed.
This is a 3000x3000 image.
It is embedded in the file and also present in the directory as folder.jpg file, so Asset can pick them up.
No Artwork resizing enabled in Asset. 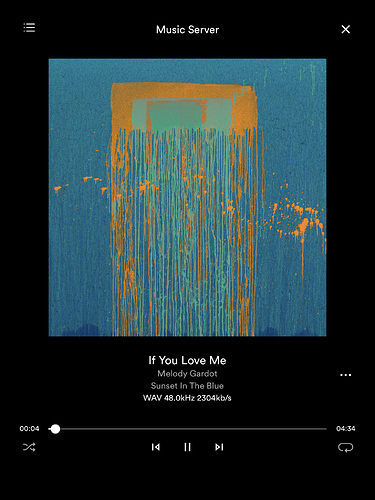 Of course, I actually prefer the Roon based interface for my Library, the additional metadata it provides plus support for MQA files 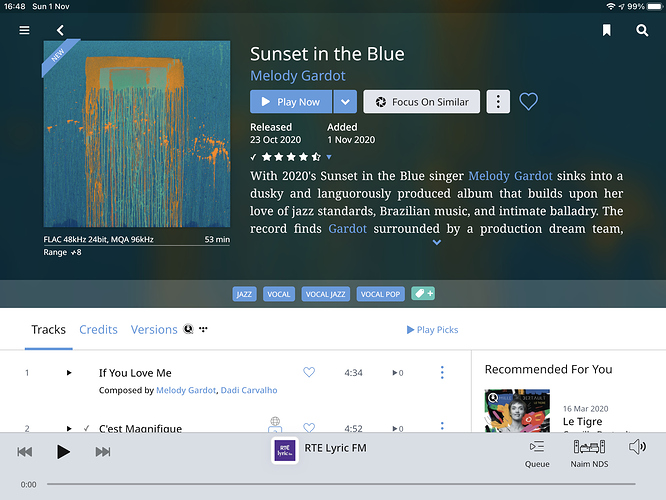 In portrait view the image is centered for me (on Android) …

Playing around more and changing between the different rips of the album that I have now, with different artwork, it occasionally happened that after deleting version X of the album, uploading version Y, and deleting image cache in the app, it showed the new Y’s artwork in some places and still X’s in others. Then after a while it changed to all Y’s. So that might be all there is to it, the artwork caches not being always up to date everywhere. It might not be a big issue in normal use, just initially when testing different versions, etc.