Why it’s just his opinion and wether you or I agree is relevant, his entitled to it.

Whether you agree or not, it’s just an opinion, with nothing ad hominem directed at anyone else who might enjoy VM.

While it might possibly be argued as borderline trolling, I don’t see it that way. Otherwise, I can’t see any rules that have been broken, so you’ll be pleased to note that I don’t consider any current need for moderation of the post.

For the record, I like Astral Weeks, although my favourite VM album is the one that he would no doubt disown (Blowin’ Your Mind) - it has the wonderful T.B. Sheets.

I think Graham was expecting his post to be removed, not Kev’s.

posted on a music forum, for goodness sake

Strangely enough, I’d have thought that the best place to post an opinion about music would be in a music forum?

I do enjoy reading TheKevster’s opinions on music, especially if he dislikes a particular artist. I remember a withering critique by him from a few years ago (possibly on the old forum) of Elvis Costello. It was hilarious and I say that as a big Costello fan. Let’s just say that I think Kev hates EC more than Van. Come to think of it, Van and EC do perhaps have similar voices and maybe it’s that type of voice that grates with Kev. As others have said, it’s only an opinion.

I’m also a fan of Van Morrison and enjoy most of his albums although, similar to others on this thread, I’ve never really ‘got’ Astral Weeks.

I nearly commented on the Animals thread as I don’t get the music but thought I be thrown out of the country…. But…….I’m considering buying it and forcing myself to play at a loud volume until I enjoy it

I prefer early Van but played this one from the 90’s last night while adding it on Discogs. Couldn’t believe what people are trying to sell it for €300! Not the best of Van but I enjoyed it but would never pay this kind of money. 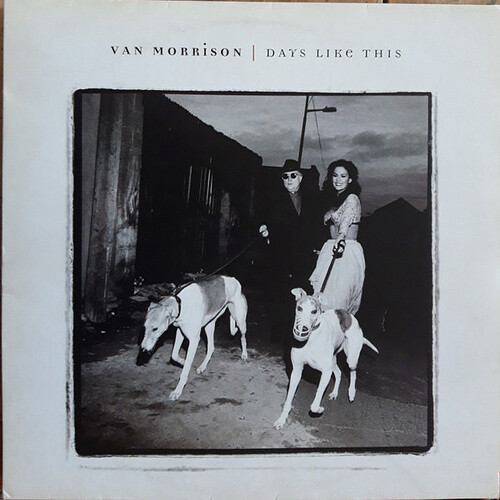 I think @TheKevster post is superb. I real honest opinion. I have to admit couldn’t be further from my opinion which is one of wonder when I listen to AW’s.
Over the decades he has produce lots of wonderful albums, agree not all have been great but some real beauties through the decades. His last album was not one of those, utter pish!!!

I’m a huge fan of VM and it’s only of late has his self righteous begun to really annoy me. For years I been to watch him live and lived with his less than warm welcome to the audience because I loved the music. I won’t be watching him live again.

While it might possibly be argued as borderline trolling, I don’t see it that way. Otherwise, I can’t see any rules that have been broken, so you’ll be pleased to note that I don’t consider any current need for moderation of the post.

Still prefer Tiffany, come to that…

I looked for the ‘live’ version on the Amazon US site, as I would love to have the LPs, but it’s shown as deleted. Do you know of anywhere else that I might find a new copy for sale?

There are 9 currently available on Discogs. One claims to be unplayed. Hope you get one - great album.

Thanks very much. I’ve tried too many times, including again just now, to buy from Discogs, and never broken through their (to me) impenetrable wall.

I shall pass on the idea of buying this LP.

I am not what you would call a big Van Morrison fan, my wife has the original greatest hits on CD and I was always massively impressed with the mastering on this, just sounds rich, full and non fatiguing. I recently purchased a used Astral Weeks recording on CD and I have to say really loved the album and again produced and mastered to a high standard. I wonder if Van Morrison has any involvement in production in the same way that Neil Young does, another artist who seems to care about the integrity of his releases irrespective of format.

My opinion varies but if asked just now, I’d have to say St Dominic’s Preview and Moondance sit at the top of my Van Morrison pile. There are several other wonderful albums over the years, but these are probably my top two.

I’m in the pro camp. For me his greatest album.

I thought it was Richard Davis playing bass on Astral Weeks - another great jazz bassist.