A while back I asked Chris West if he could have the AROs refurbished–wiring, paint, whatever, and he said no. But I’m not sure about that, will be asking the service people at Focal-Naim NA.

Please report back what they say.
The last I have heard Clive (?) who had serviced ARO at NAUK has moved on. Servicing of ARO long term can be a concern for sure.

I know Audio Origami can do it but I have read a mixed views on their service.

I will get around to inquiring soon about ARO service, after unpacking and examining both arms carefully. My reason for hope is the following post from the forum, dated Nov. 6 2018. I copied it to a note but currently can’t find it with a search, perhaps this is the old forum:

They completely rewired it , serviced the spindle and cleaned the bearing, redid the earthing paint , and covered the cost of shipping both ways

AHT, I vaguely remember that.

I am going to the local AT dealer to have a listen and chat. Let’s see how it works out.

And so I went to the dealer to check out the ART1000. I totally did NOT expect the cantilever to be THAT small. The showroom was rather dimly lit and I don’t have the best eyesight. I could hardly see the cantilever no matter how I squinted. Cleaning the cartridge will prove extremely challenging.

With the Aro I have gotten used to manually cueing the tonearm and with the 20x2l, I can clearly see the cantilever and the stylus.

It is probably wise for me not to do that with such an expensive cartridge I suppose. But I find it so convenient to manually cue. The longer and thicker cantilever also gives a sense that it is more robust than the ART1000’s.

In any case, the AT dealer demoed the ART1000 on an Acoustic Signature turntable with Accuphase amplification, so the sonic signature is totally different from my naim setup and the ART1000 is such a small component in the entire playback chain.

So I don’t know what to make of it.

Anyway the dealer will get back to me on the lifetime usage hours for the ART1000 and the cost of a rebuild.

Thanks for update. I do not mean to derail your thread but as an aside, do DV MCs suit the Ulrika as much as they suit the DV P75 in Dr T mode? Serious question.

I went with DV 20XL from a DV P75 to SuperLine and regretted it and so after very careful audition went to Urika and thought it sounded great. When DV 20XL wore out, I went for DV XXII. Then Urika II which was biggest upgrade. When DV XXII wore out I went for Krystal.

Urika is very quiet phono stage and matches DV cartridges well enough, but I really noticed a difference when I went to Urika II which enabled me to tune it in perfectly. I would probably stay with DV P75 unless your able to go to Urika Ii (requires Linn DSM with Exakt link).

The only combo I heard with LP12 and slightly preferred to Urika II Krystal is Urika II Kandid.

If I didn’t have access to a superb Linn dealer then I’d use a Technics TT with Soundsmith Strain Gauge cartridge,

Why did I regret the SuperLine? I didn’t like the free radio reception that came with it. I also felt it was designed for hifi enthusiasts rather than somebody who simply wanted to play LPs. It was the SuperLine that convinced me to try other brands as there were no solutions forthcoming despite the very best efforts of my dealer. I know 1,000s of folk are happy and have none of these issues, but that knowledge did not reassure me.

I would recommend home audition before you change your cartridge/stage combo.

Nope: all AT suggests is the brush that comes with it for any visible fluff (I’ve never had to do this, but my records are kept very clean) and their solid cleaner, which you just lower the cartridge onto a couple of times. Couldn’t be much easier really. 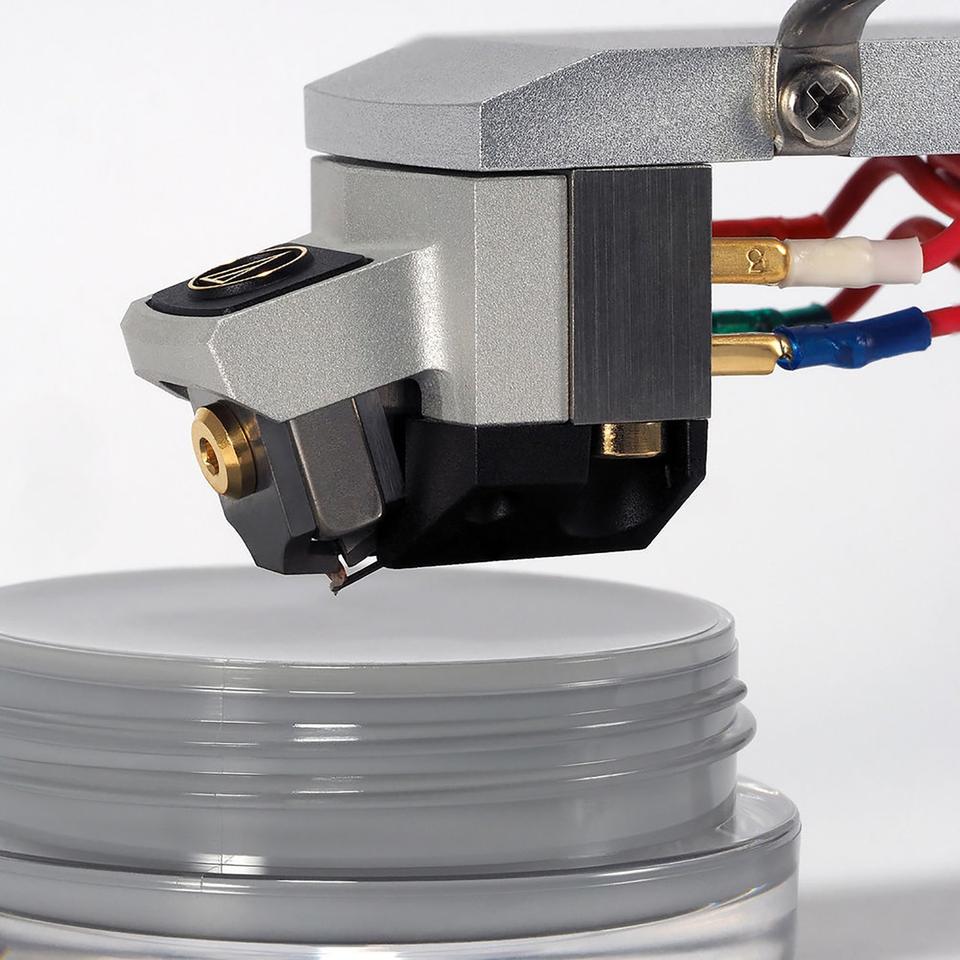 Ricsimas, do u manually cue your tonearm or u always use the lifter?

I prefer to use the lifter on the Ekos SE. When I had an Aro I did cue manually for about a year until the Elevator came out and I had one fitted to my deck.

Just so I am clear, u mean to say you manually cue the ART1000 when it was mounted on the Aro?

No - I used to manually cue the Aro when I first had one. Later on I added an Elevator and never hand cued again. I got the ART1000 quite a bit after replacing the Aro with the SE, so it’s not a combo I had at home.

I did hand cue the Aro with the ART1000 at Cymbiosis during the demo, but at home fitted to an SE I always use the lifter. I’m not very fond of hand cueing and will only do it when it’s the only option.

There seems to be a bit of a cult about hand cueing which I always found odd. I use the cueing device on my SE exclusively, especially after a tipple or two.

In any case, the AT dealer demoed the ART1000 on an Acoustic Signature turntable with Accuphase amplification, so the sonic signature is totally different from my naim setup and the ART1000 is such a small component in the entire playback chain.

So I don’t know what to make of it.

Unless you fancy something “different”…

Neither do the older 1200 decks.
I made a point about this in (I think) the old forum and got a few interesting replies.
I use a 1200, modded with a Mike New bearing, SME M2-9 arm, MCRU 2 box PSU and I would be prepared to put it up against any once I put a decent cartridge on it although the Goldring 2100 on there at the moment isn’t that bad.

If this is the one with the bulge in the lid over the arm bearing, I heard one belonging to a customer at my local dealership with an SME5 and ortofon Anna, though I didn’t meet him. I’d have had to stay silent on the sound of it if I did, not my cup of tea at all. I’ve never liked the Mg SMEs so it might have all been down to the arm but it certainly didn’t make me curious to hear one again. The customer apparently was delighted with it.

I went ahead and got the ART1000. Just had it installed 2 days ago. First couple of tracks weren’t great… But after that, I am certainly starting to hear more. I am hearing stuff I never heard before on familiar tracks. I am starting to appreciate what it can do. But still early days.

So a message to Peter followed, and he said that he had no problems at all with his demo on the LP12/Urika although it was with a 552 while I only have a 252.

So with Peter’s “reassurance”, I went for it.