might be in for a long wait sold my old speakers around 14 may so been without apart from home demo since mid May. It’s been off for around 3 months now

Definitely worth the wait. My SCM40s took a while to arrive back in 2015 - this was due to damage in transit, but somehow the delay doesn’t seem to matter now!

Gotta be worth getting yourself round to Richer Sounds for a pair of something cheap n dirty in the meantime.

I was lucky. In May the dealer had my SCM40s in cherry ready two days after my purchase. Most happy with these since then!

You’ll forget about the wait within 5 minutes, hang in there .

Pete, are you using the Monsoon power cable on the Vega?

….Just like a Telefunken U47…… with leather……you’ll love it.

Thanks Pete really looking forward to collecting and unpacking them. They are beautifully made

the curved cabinet is a thing of beauty. May I ask how far from back wall to tweeter are they also how far apart please

Being sealed boxes they can go quite close to the rear wall , mine are about 90 cm out which works aesthetically but could go closer without too many worries sonically .

No , I have 3 Monsoon cables . 1 into the Niagara and 2 into the ATC’s . I use a Studio connections carbon I’ve had for a few years into the Vega , a good cable that works well .

FWIW, I originally had my active SCM40s firing across my just-under 4mx6m room with around 30cm behind them. But I found they responded well to more free space. So they now fire down the room and are about 1.2 m from the rear wall and 0.9m in from the side walls. Moving such heavy beasts is a pain, but worth experimenting to get the most from them.

Cheers Pete, for the reply.

Thanks Pete and Peakman for advice really appreciate it

One thing you should possibly take into account is that Peakman and myself are using the Active version of the 40’s which have a lot of Bass energy . I’m not implying that Passives with your 300 will be lacking in any way, they’ll no doubt sound wonderful but will be a little different .

One member I haven’t noticed for a while is Patu . I think he had passive 40’s close to the wall with a Supernait 2 ( no 300 obviously but no slouch either ) for a long time , he then bought Active 40’s as a replacement and was blown away by the increase in Bass . I think he resorted to a bit of room correction as I don’t think he could give the speakers any more rear space .

Another member who is also a professional reviewer is I think Jonathan G ?? He bought passive 40’s to use with a 250 IIRC and again I think he had them quite close to the rear wall with good results .

So worst case scenario would be a metre-ish from the rear .

You’re quite right about the difference between active and passive ATCs. The actives have a 150w power amp for the bass driver alone, so perhaps not too surprising that they have all that bass energy. Indeed, IIRC Patu found he couldn’t control the bass from the actives in his room and moved from a 272 (I think) to a Linn Akurate DSM. This offers Linn’s room correction feature which solved the problem. I believe he has now moved up to active SCM 50s!

On my earlier post, I could certainly have lived with the speakers in their original position much closer to the wall, but found that giving them more free space just made the “musicians playing in front of you” illusion more convincing. The fact that they are sealed boxes does seem to make them a lot more agnostic over positioning than many speakers, but I think it’s still worth playing around a bit with placement. 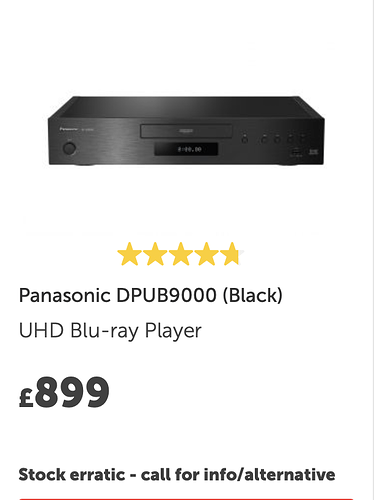 Hi
Patu has scm50 active now, re 40 active vs passive I think it’s very very room dependant, I was very fortunate to have both (well run in) on extended demo over lockdown, imho they are very different speakers, the actives were very powerful but I preferred the passive which had warmer sound whereas the actives were harder albeit probably more accurate Re bass extention again the room plays a big big part, I didn’t find much difference but the passive were impressive enough I was coming from pmc 20.23 which went lower but lacked the punch of the atc. I did not think the nap250 had any problem driving them. For home cinema with certain movies you might want a sub woofer. Cost nor looks were not a factor in my decision what sounded best was, though I liked the idea of reduced box count.

There is no right or wrong decision.

I am going to have a listen to the 50 (why? Just because I can🙂) but I fear they will overdrive my room(man cave garage conversion) and it will be a squeeze
Terry
Ps no bass boom at all even though speakers are near /in corners also my wife who has zero interest in hifi loved them for their richness and bass depth, she also felt the actives were harder edged.

I’ll chime in with the details. So as was told already, I used passive 40’s from 2014 to 2019 and had zero issues with boomy bass or room modes in my then ~20m2 living room. In 2019, after long consideration and two week demo of 19A I decided to go active but ordered 40A. Unfortunately my dealer didn’t have this model as demo unit so I went ”blind” since I thought it’s the same beast as my passive 40 but with more authority, resolution etc. I was wrong, it’s a very different speaker. I drove the passives with SN2 + HCDR (bare SN2 just isn’t enough, I tried that) and I thought the sound was great but only after I heard the actives I knew what the 40A was capable of. Bass hit with so much more power and punch that it was too much for the same room I had used the passives in for five years.

For a moment I thought I had made the biggest mistake ever while investing huge money in 40A and now I had room mode problem. I had tried bunch of dac-preamps with the 19A (including 272 but it didn’t impress me after Naim DAC + SN2/HCDR combo) and had already bought one Metrum Acoustics Jade. But the room modes were real so I had to return it… what now? There was second hand Linn ADSM/3 for sale in Finland and I had heard about Linn’s Space Optimisation before. Maybe SO could help in my situation without taking me too far away of the Naim’s PRaT and musicality? So I contacted the seller and he was kind enough to come at my place with the unit and we spent probably six hours configuring everything and phew, it worked! SO saved me and completely eliminated the room modes. Now I was really able to tell how great the active ATC’s are. Clarity, dynamics, authority, punch… loads of them in perfect control.

And yes, only after two years with 40A, I’m all-in ATC with 50ASL’s. I ordered them early this year and they arrived in April. I haven’t listened this much music ever before, these ATC’s are really something else. I’ve moved to bigger apartment with my significant other but still Linn’s SO is mandatory for killing the room modes. Finnish apartment building flats are usually solid concrete cubes so worst possible environment for speakers. It would take insane amount of bass traps to get the same results as with SO. Before 2019 I was all against any kind of DSP on the signal path but after this experience I’ve changed my mind. Maybe Naim comes up with something similar some day since I’d love to have Naim’s PRaT with this technology. Linn sounds awesome but has slightly different sound signature after all.

Oh and for 40A my wait time wasn’t that bad, I guess they stock them more. With 50A I waited for 15 long weeks, though 1-2 of them were because of my dealer.

Also forgot to mention that 300 will surely drive passive 40’s with much better grip ans reach than SN2 did. But I seriously doubt that actives still hit you clearly harder.