I’ll start off by saying that the only Apple product I use is an iPod Classic so I’m not well versed in the IOS world.

Recently I’ve gone through an exercise to capture video from old MiniDV tapes on to a computer. The files were extracted from the tapes as AVI and converted to mp4. The audio stream on the converted files is reported as follows:

Friends and family who use Windows and Android devices have no problems playing the files with audio but iPhone and iPad users can see the video but can’t get any audio. What do they need to do to play the videos with audio on their IOS devices?

When Apple devices see an mp4 container I believe they will expect it to contain AAC files. By the look of it, yours contains mp3 files. Maybe you can try converting them to AAC and see if they work then.

Surely there must be some way of getting the audio on those devices? I could try and convert them to AAC but I don’t have any Apple devices to test it on, and even if it works uploading them all again with 1Mb upload speed here will be a painful process. I’ve gone through that pain once already.

Maybe it’s the video player software they are using on iOS?
VLC should be able to play this correctly, it’s designed to play just about anything. 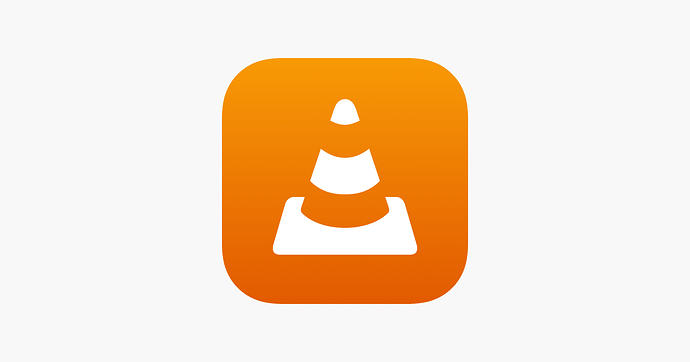 ‎VLC for Mobile is a port of the free VLC media player to iPad, iPhone and iPod touch. It can play all your movies, shows and music in most formats directly without conversion. It allows file synchronization with Dropbox, GDrive, OneDrive, Box,...

I have to say VLC was what I first thought but feedback on that so far ranges from ‘I’ve downloaded VLC but don’t know what to do with it’ to no feedback at all. I’d have thought that if they download to the phone then open VLC up it would scan for videos it can play? But clearly too many of them have been spoon fed by Apple for so long they’re incapable of thinking outside the box!

I don’t have any Apple devices to test it on

I thought you wanted to use them on an iPod?

As you used a computer to capture the files, presumably you can use the same computer to convert them, then see if they will then play on the iPod.

No, I’m not playing them on an iPod, they all work fine on my Android and Windows devices. It is only those using IOS devices that are having a problem with them so I was hoping for some guidance on how to get them to play with audio in IOS. I’ve tested reconverting with AAC audio and that seems to work on IOS. Reconverting the files is straightforward and quick enough, the major pain would be uploading them all again as I’m limited to 1Mb uploads here and a couple of GB’s of video takes hours to upload and hugs all my bandwidth while doing it

Where are the videos right now, are they in the cloud somewhere eg Dropbox or google drive?

On my MS Onedrive

Surely it wouldn’t be much of an ask for it to support mp3 streams as well, it is hardly an obscure audio format!

In vlc, clicking on network (at the bottom), then cloud services allows you to login to one drive (amongst others). If it works like Dropbox (I’ve not used one drive) then the file is shared from your cloud space to theirs so if they login to their onedrive they should be able to access the shared video files and stream from there.

That’s what I’ve done, sent a link to the file on Onedrive. They don’t have any problems accessing the files, only problem is that IOS users don’t get the audio

They need to access the files using vlc and use that app to stream from your onedrive.

That’s what I figured but I’m looking for idiot-proof instructions on how to do that on IOS. if I had an IOS device myself I could do that but as I don’t I can’t spell it out for them step by step.

There’s a VLC app for iOS devices that might be worth a look if you don’t want to convert.

Yes, and I’ve already told them that but having downloaded VLC they don’t know what to do with it

I was hoping someone might be able to help with idiot-proof instructions on how to do this on IOS.

To be honest I only occasionally use VLC, but you can log into a Dropbox, OneDrive or other cloud service in the Network section to access files in cloud storage. You can also download files to store them within the VLC app in you prefer.

Instructions already given above. Use “network “ then “cloud” options to access the files in onedrive.

Apologies, I obviously didn’t read your reply carefully enough. I’ll suggest that to them and see how they get on