Wondering if there’s any interest in the first test between the Wallabies and England this weekend. Nothing better than a good running game of rugby, regardless of who wins let’s hope it’s not a boring kick fest.

Not sure it will be running rugby Pete

I’m thinking a tight bit of a boring game but who knows, both teams might surprise us

All Blacks playing Ireland also, AB 2 top coaches out with covid as is 3 of their crusaders back line players . I’m thinking Irish win but again who knows

I’d love to watch that game but I doubt I get the particular sports channels that would be airing it.
What is the game time and where, and I’ll try to find it.
Thanks. 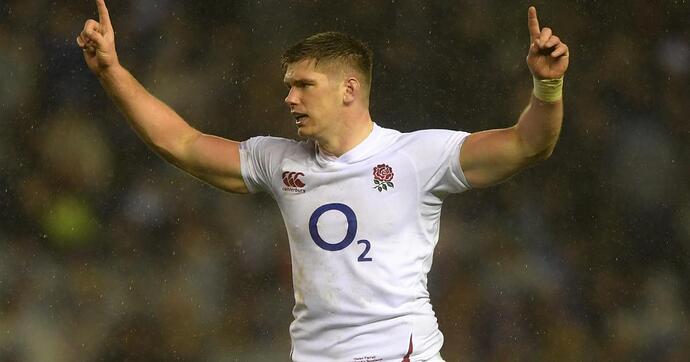 England tour of Australia schedule: Key dates and venues as Eddie Jones' side...

England gear up for a summer trip to Australia after a poor Six Nations campaign. Here is the schedule for their Test tour.

I was in Canada (Vancouver) when we (Aus) unexpectedly defeated England in a WC match. The only way I could watch was in a bar at around 11am, most of the English supporters left at half time.

Thanks for this, Pete. I’ll have a look round tomorrow and see what I can find on the match. It must be available somewhere on my channel box (which we never use). Now that I have some info on it, though, I at least have a focus.
I have a good mate that’s from Manchester and he may know something, but he’ a diehard football fan. ManU of course.
I almost always stay to the end of a match no matter whos winning.

Pete. I will be watching but there is a growing feeling over here that Eddie is well past his sell by date (as I know you agree). You must also be pleased that Cheika is no longer involved.

I really hope Arundell is given a chance from the bench. An exciting prospect. I hope this link works:

Rugby’s not in great shape in Australia right now, with a population of just under 25m it suffers as our 4th ranked “football” well behind Aussie Rules, Rugby League and soccer (sorry I know it’s football).

I’m hoping we at least put up a good fight and throw the ball around.

That’s because they’ve got a kiwi coach ha ha

I’m definitely going have you deported.

I’m in Sydney in a few weeks (picking up my turntable and dog sitting) think we should catch up at the London.

As @badger1963 says, there is a lot of interest in this game/series given the poor showings by England in the 6 Nations, noting we are now in the run-in to a RWC. A not so secret segment of England supporters and several journos are fed up with Jones’ continual pontifications about having a developing team, when results very much speak otherwise. Compared to others e.g. France & Ireland, England have gone backwards post the last RWC.

The selections this weekend are, in part, dictated by injuries but also appear to bear out the continued confusion of what game-plan England aspire too. We have an aged Care back as a running and fast from the base SH but running >10 has been a weakness in not having/selecting decent running centres absent Manu being available.

It’s a well known fact I’m not a fan of Eddies also regardless of what code and who’s the coach I think there comes a time to move on, a fresh start. While I’m definitely hoping for a win by the Wallabies I do want a good competitive game. For some strange no matter how we’re travelling we seem to come good around WC time.

Why not - let me know

Talking of sport it’s certainly a big weekend, apart from the local Aussie Rules there’s cricket ( SL v Aus) the rugby on Saturday night, F1 and the Tour de France. I might not get any sleep till Monday night.

Over here today (UK) we’ve also got a sole Test match v India to complete the leftover series from 2021.

Re the rugby, Sky over here have got the NZ v Ireland, Aus v England and SA v Wales games on Saturday.

Well there’s obviously a few other games I’ll add to my list.

Who is Wales up against HL?

South Africa per the listings.

I would say South Africa to take it but I’m not familiar with their current team , we don’t hear too much about them now here in down under which is a real shame

We need them in our competitions