“For me Senna is number one” Felipe Massa

“For me he was number one” Rubens Barrrichello

“I will put Ayrton Senna as number one” Jarno Trulli

“For me Ayrton Senna undoubtedly was the number one” David Coulthard

“He had a God given talent that I haven’t witnessed anywhere else. A sixth sense of where the grip was before he turned into a corner” Martin Brundle

“You know I’ll be honest with you. I was never a Senna fan. I always thought Gilles Villeneuve was the greatest racing driver of them all. But to make this film I’ve watched hours and hours and hours of footage and the thing is Villeneuve was spectacular on a number of occasions, Senna was spectacular every single time he got in a car” Jeremy Clarkson 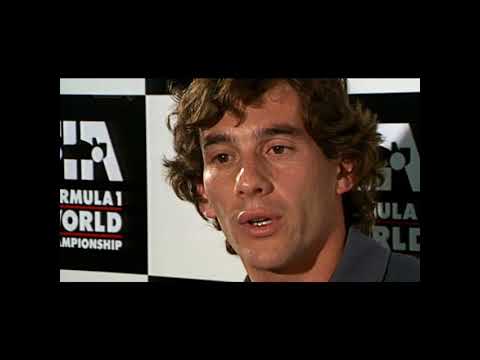 Especially when you consider he was only 34 when he died. He raced in a wonderful era of F1.

I remember watching the crash, Roland Ratzenburgers the day before and Rubens Barrichello’s on the Friday. A terrible weekend.

That weekend seems like yesterday…
a ‘remember where you were when man landed on the moon’ moment.

For me, the best driver. Sadly missed.

Nostalgia isn’t quite what it used to be…

Same here. The video footage and sadness of Murray Walkers commentary stayed with me. Saw Senna film at Westfield Cinema at London Stadium whilst doing a job at London Aquatic centre prior to Olympics and Para-Olympics.

Impossibile to forget that terrible moment. In My opinion, he’s the best of al time.

Simply the most talented driver ever in F1. I saw that sad race and will never forget it.

Unforgettable the first lap at Donington in 1993.
Something never seen in F1.