I did a search for threads with ballet in the title and came up empty. Then I had to decide whether to start one in Padded Cell or Music.

I’m looking forward to returning to New York City Ballet this fall. I have a subscription. First up, I’m taking my niece and her oldest daughter to an evening of three short ballets:

Serenade - arguably City Ballet’s calling card, set to Tchaikovsky’s Serenade in C. It was the dance that first captured my interest. Choreography by Balanchine.

Pulcinella Variations to excerpts from the Stravinsky work. It’s relatively new, and I’ve never seen it. Choreography by Justin Peck, who is doing the Spielberg West Side Story

Glass Pieces to music by - you guessed it - Philip Glass. This is a crowd pleaser (believe it or not). It’s also my fourth viewing, and I do wonder if it will wear out it’s welcome for me. Choreography by Jerome Robbins, who did the original West Side Story.

The NYCB orchestra has improved under the direction of Andrew Litton, although admittedly, I don’t think he actually conducts that frequently.

When I subscribed, I had no fear of attending an indoor performance. The last two weeks, have raised some doubts. I’ve gotten the Moderna vaccinations, and I plan to wear a mask. Still, a lot can change between now and September 25.

I really enjoy some ballet music (e.g. Tchaikovsky), and have twice gone to see full ballet performances to give the medium a try, however I simply don’t get it. The dancing doesn’t tell a story for me, and I was left thinking it is nice to hear the music live, but otherwise visually only interesting in one case in terms of watching dancers wearing such thin, skin tight clothing that it was almost like watching naked people! There was a TV documentary about production of a ballet a year or two ago that I watched and found very interesting and made me want to see the performance, but then when it was shown it again did nothing for me.

Some dancing on Strictly come dancing manages to convey emotion strongly, even bringing a tear to my eye, but not ballet.

I’m happy to be converted, but it seems unlikely.

The story isn’t important for me. I generally prefer plotless ballets. George Balanchine was the master of these (IMHO). His sense of the music and how dancers could respond to it is what matters. He choreographed a great number of works by Tchaikovsky and Stravinsky (a friend of his), many of them not even written as ballet pieces.

Unfortunately, NYCB releases very little on disc. A few of their works have made it, e.g. a disc of ballets to music of French composers, recorded during performances in Paris. There are performances of NYCB-originated ballets by other companies, notably Jewels set to music by Faure, Stravinsky and Tchaikovsky. If you check that out, start with Rubies. It’s sexy as hell. Also the Royal Ballet just released a disc, which include the Jerome Robbins masterpiece, Dancers at a Gathering to 20+ short works of Chopin.

The video quality of most of the YouTube stuff I’ve found is insufficient to convey the magic of the performances.

Well, my youngest grandson is in the Royal Ballet School (it’s only a session or so per week), so I’ll have to go and see any shows he’s in. Just joking - I actually like the ballet.

I usually go about once or twice a year to see a performance, which i always very much enjoy. Over the years i found that i prefer modern classical a bit to traditional classical (e.g. Swan Lake), the true classical ballet sometimes is a bit too theatrical for me and a bit more difficult to connect emotionally to.

One of my favorite modern choreographers is the now retired Jiří Kylián, i have seen 4 or 5 of his works live and all were mesmerizing. There is a 10 blu-ray box set with his works that i can highly recommend:

My favorite choreography of his is Bella Figura, which is an ode to both the beauty and fragility of the human form, here is a small clip: 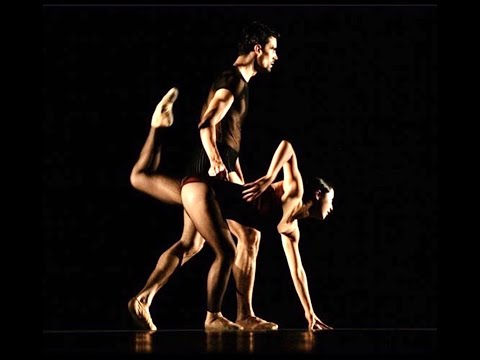 Another amazing choreographer is the now sadly passed Pina Bausch, if you have not seen the film by Wim Wenders dedicated to her memory (named Pina) i can also highly recommend it. Trailer: 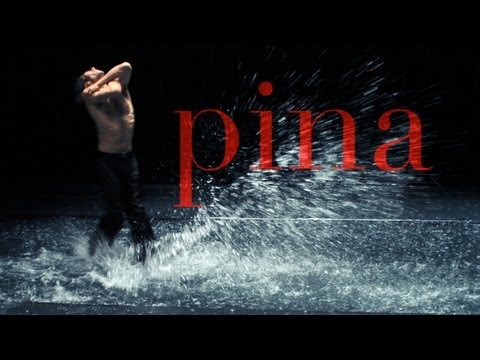 I enjoy the ballet and prior to Covid would usually go to a few ballets each year at the ROH Covent Garden. I must admit here though that the main draw for me is the music. The great thing about the ROH is that the best place to hear it is up in the Gods close to the stage, where the view is often obscured but the acoustics are great. The seats up there are very affordable too…

I saw the Eugene Onegin ballet at ROH a couple of years back which has one of the best productions of anything I have seen on a stage. Did you get to see it?

Jerome Robbins does Chopin courtesy of the Royal Ballet. 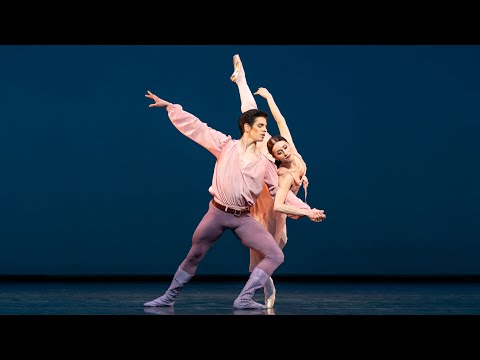 I watched a couple of the linked performances to see if they managed whether the one’s I’d seen live hadn’t:
@litemotiv, that Bella Figura piece does nothing for me at all.
@jegreenwood, that video looks like they’re miming a story, but I can only guess what’s going on, while nothing about the visual stirs me at all.

Maybe my lack of connection with ballet is simply part of not finding visual art stimulating: I love theatre and movies, but they have to have an engaging plot. I can appreciate some types of good painting, but rarely enthusiastically and very unusual for me to like abstract paintings, while sculpture other than figures of people (or animals) leaves me cold.

I don’t object to seeing ballet, but really I don’t see the point of the dancers being there! (I’m sure they would say they are the reason for the music being written, and they interpret it for the audience to appreciate! If I’m present I could close my eyes and enjoy just as much - maybe Richard’s solution is best: go find the best seat for the music, and it doesn’t matter if you can’t see the stage!

But good on those who love ballet and so get more out of the performance than just the music.

No, but I did see Onegin there some years back.

@Innocent_Bystander - there’s no specific story to the Robbins/Chopin piece. It’s part of Dancers at a Gathering, a large ballet which includes 20 other Chopin works. It was created in 1969 and it brings to my mind a weekend retreat among a group of friends, in - say - Vermont. The dancers, known only by the color of their costumes, dance with one another, mostly in twos and threes with no set partners. Robbins has acknowledged a hippie vibe (as opposed to Fosse’s hippy vibe I guess

One of Balanchine’s best known sayings was, “See the music; hear the dance.” That’s what this is about for me - choreographer and dancers responding visually, using the human form, to music.

Of course Balanchine also said that if you don’t like the dance, you can still enjoy the music.

At times the female leads’ bodies are almost swung around like dolls, but when the right balance is there they come alive and appear to glide like birds. It requires a careful balance for them to shine, a supportive partner instead of one who pushes them around. To me this feels like a reflection of gender roles in real life.

There is a veiled but tangible pressure on the female leads to conform to an expected role (part of the performance is danced nude for this reason), which they both accept and try to break away from. It is a battle between obedience and rebelliousness, and between implicit expectations and a desire to be childlike and carefree.

Here is another small part of the choreography, i also really like the choice of music for this section (Pergolesi - Stabat Mater). The video quality is a bit poor unfortunately: 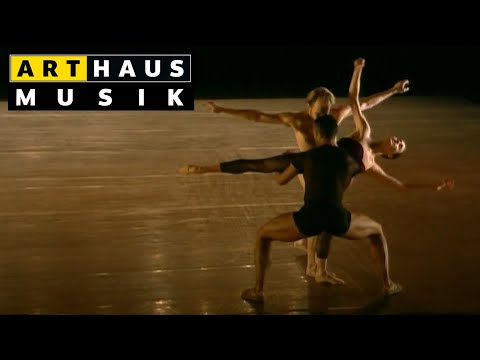 Ofcourse it always has the most effect when seen in a theatre, so if it ever plays somewhere near you, you may choose to check it out!

I love the ballet and I’m a huge fan of the Royal Ballet. Pre-COVID I tried to go 2-3 times a year (and try to get the same seats each time - U7 & U8 at Covent Garden

) For me its the combination of the artistry and the music that is so beguiling. Top of my list is Prokofiev’s Romeo & Juliet but also a fan of more recent works, especially Alice in Wonderland (I was at Uni with the composer Joby Talbot).

@Fatsculler - I loved Winter’s Tale and liked Chroma at ROH. Christopher Wheeldon was NYCB’s resident choreographer for several years, so I’ve seen a number of his ballets set to the music of others. I was fortunate enough to see Wendy Whelan’s final performance of After the Rain to music by Arvo Part. Wendy was probably the most beloved NYCB dancer of this century (actually going back into the 90s). The dance was created on her, and I think it’s fair to call it her signature piece.

Looks like Bella Figura is part of Boston Ballet’s repertoire, but not those of NYCB or the American Ballet Theatre.