Bands you saw on the Student or College Circuit

Barclay James Harvest Birmingham Poly. 1977 At first they refused to play because there were other bands booked to play too.
Birmingham band Cryer with spectacular pyrotechnics,
Was taken by my friends to the Carpenters at Birmingham Odeon, surprised to have a great evening. 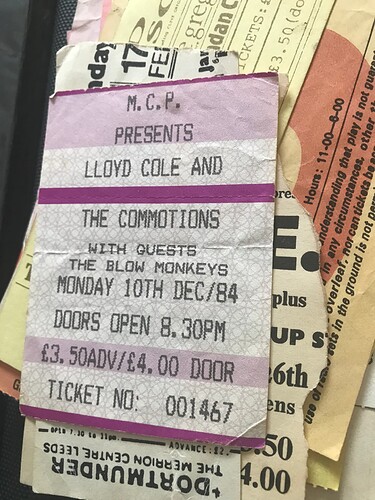 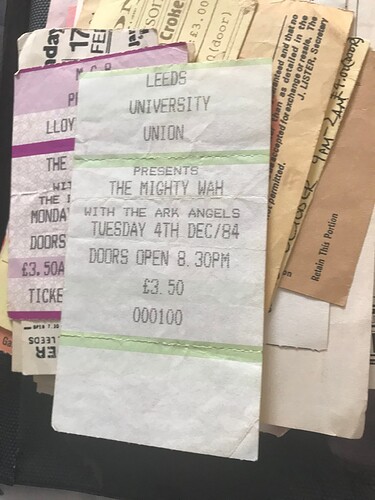 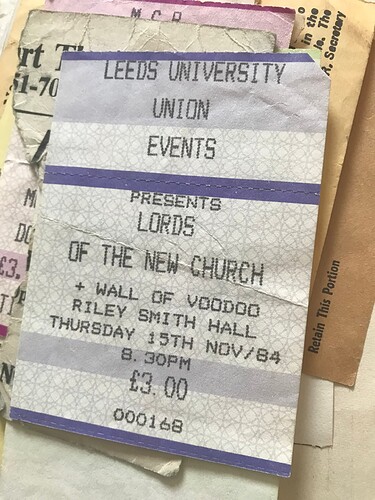 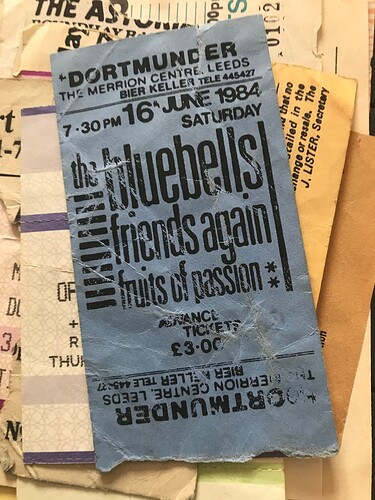 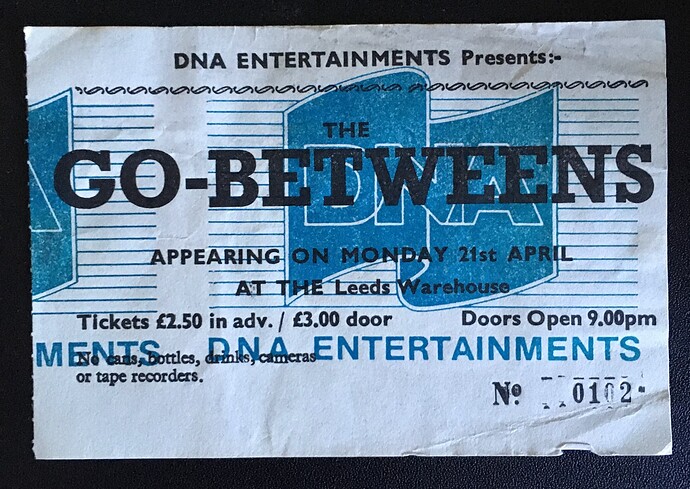 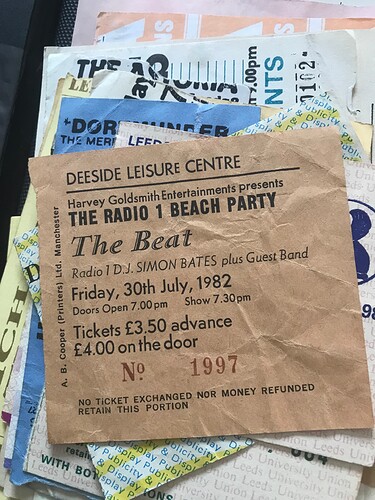 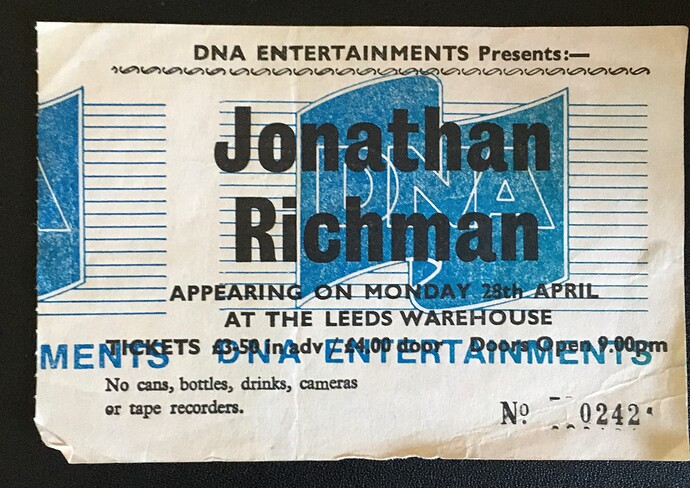 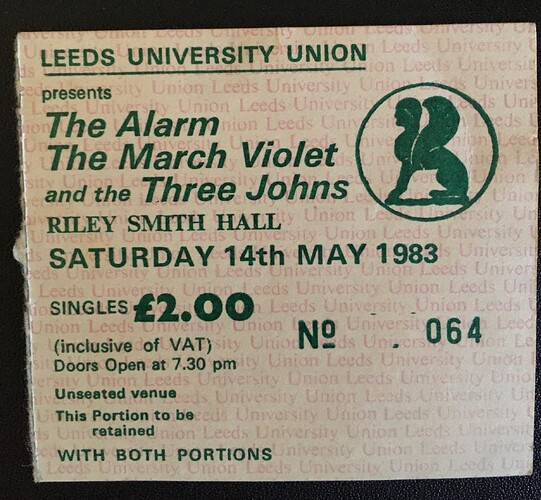 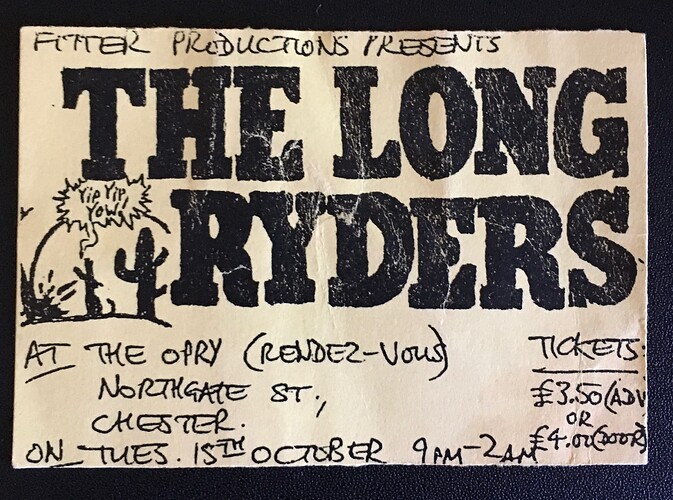 Top of the list. Aphex twin several times then.
Mazzy star
Dj Shadow
Howie B
The specials
and getting Roll ups from Sid Barrett in the student bar

Standouts from Leeds 90-93…there will have been many more…

slightly off-topic, but when I was at school I was asked if I wanted to join a band…I said no…the two classmates asking were Thom Yorke and Colin Greenwood…

This caused me to try to remember who I saw when I was a student in the early 90s - The Pixies, My Bloody Valentine, Ride, REM, Radiohead, Throwing Muses, Suede, The Jesus & Mary Chain and Blur spring to mind. There were quite a lot of others who sunk without trace!

I can remember also revising to my finals to the sound of Big Black and Husker Du on my LP12. Its still got the same stylus…

Was that, perchance, on the Be Stiff Tour in 78?

I saw that tour at Leeds uni (where my sister was) and at Warwick Uni near Solihull where I was at school.

Ian Dury was on it too iirc.

Other bands I saw were The Damned, The Jam, The Cure, Hawkwind, The Boomtown Rats, Iggy Pop, The Here & Now Band, John Martyn, Kraftwerk, and the Clash.

Best of all was B.B. King’s 67th birthday party in his bar in Memphis when he sat up on the bar playing

Loved to have seen Free, and Nazareth. I was a bit young. Seen John Martyn a few times.

Chief ones I remember are:

I was at boarding school 83-84 in Perth, W. Australia, and though starved of a lot of live music given Perth’s geographic location, especially the music I was listening to, I did manage to sneak out and see, mostly in local pubs n nightclubs:
INXS
Screaming Jay Hawkins
New Order
Dead Kennedy’s
Nick Cave & The Bad Seeds / Birthday Party
David Bowie - Serious Moonlight Tour
Nico
Black Flag
Hunters & Collectors
The Triffids
The Saints
Rodriguez
The Cure…plus a bunch of Australian ‘pub’ bands, like INXS were at the time

Moving to London in 86 saw my live music thirst quenched.

Dire Straits. Colchester Institute Recreation Room.
So early in their career they carried their own instruments into the room.

I seem to remember the first Free concert was cancelled due to a band member’s illness. The re-scheduled gig was amazing and very intimate as the room wasn’t that big. Shortly afterwards (a month or so) the news of Paul Kossof’s death was released. I suspect that he wasn’t in a good shape for the initial concert. The Vinegar Joe concert was superb. They were fronted by Elkie Brooks and Robert Palmer.

In my mid to late teens Trad Jazz was all the rage. Used to go to pub in Morden and saw and heard Chris Barber, Monty Sunshine, Aker Bilk and a load more whose names I forget. Going back 60 odd years!
I did get to see the Beatles at the Odeon Hammersmith. So much noise they put up sub-titles. More noise than music.

I used to organise gigs.
This is me and my mate Bob making a poster for the band Maximum Joy. 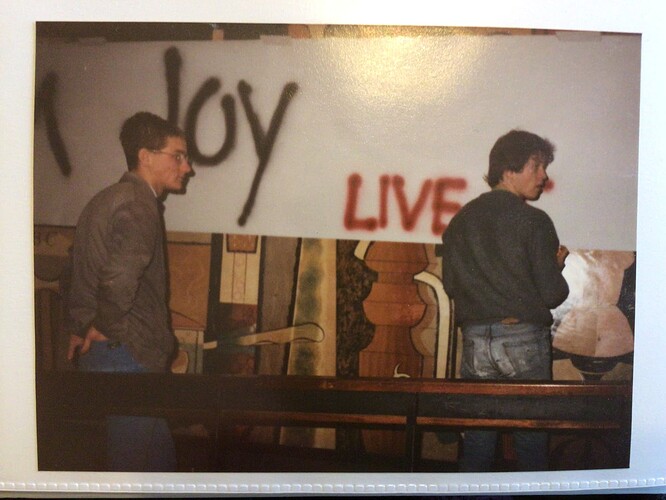 He spray painted it, I was Head of Strategy.

Just a handful of the ones I remember:
Steve Hillage, PFM, Split Enz, Henry Cow, Inner Ear, Journey, Eddie and the Hot Rods (!)…

Not sure if you’d call that selection ‘eclectic’ or ‘lacking discrimination’.

People keep adding bands I overlooked from my list, which sparks memories of some great times. I am now wondering how many great gigs have completely slipped from my memory.

Something that has come to mind, how many bands that I saw were fabulous live but recorded were pretty mediocre, they just couldn’t seem to capture the magic of a live performance in a studio. This is very different to many bands of the social media age, who are great in a studio but struggle with live performances. I guess it is all down to familiarity, back in the 70s, 80s and into the 90s gigging was the way bands promoted records and many bands were touring for much of the year. I get the feeling that now many bands have a couple of dozen gigs a year at most and mostly promote themselves with videos and via social media, in the hope, their gigs sell out and they can make a reasonable income from gigging and selling merchandise.