A major shake-up at the BBC has Sue Barker leaving A Question Of Sport, together with Matt Dawson and Phil Tufnell.
Another national institution lost.
I shall write to the DG and send an open letter to The Times.
Seriously, it ain’t broke, so what needs fixing?

It ain’t broke Mike but is it woke enough? — slightly tongue in cheek I will admit.

I wonder if Sue has called time on her QoS engagements? The BBC article is ambiguous to say the least, the tenor (as you allude) suggesting the powers that be want to refresh it?

You would think they would try and retain Sue Barker for diversity reasons, and at her age they are wide open to the ageism criticism which has been levelled at the BBC many times before.

That’s a pity, I really enjoy the current format and presenters, especially Tuffers.

However, I recently watched a history of the programme, going back over the years with many different hosts and team captains and each time I recall thinking that it will never be as good if they change… Emlyn Hughes, Ian Botham, Willy Carson, John Parrot etc. But it always was. I must say it’s odd if all three are jumping ship at the same time, but let’s just see what happens.

It used to be a sports quiz with an overlay of humour. It now seems to be a comedy programme with a sports overlay, but still mostly enjoyable.
I dread to think what they will now turn it into.

Reading other news reports on this it seems BBC is planning to shake it up - ‘wake’ it up as HL suggests.
The Sky report hints that she quit because of this “… is reportedly departing from the show ahead of the BBC axing its current format”
I suspect it’ll all come out what she has planned, Wimbledon especially.
The banter between Phil & Matt is unique & as such is irreplaceable & IMO makes the show what it is, they’ve changed captains a few times, but none have gelled like these two.

Just a shame they didn’t cancel the series, it’s nearly as bad as Countryfile and that Sunday night old tat series.

Guess they’ll just kidify it even more than it is now, with more diversity between host and team captains, probably with physical challenges and virtual tests too. Even in it’s current watered down and cliched state, it’s too cerebral for many I suspect…

Bring back ‘They they it’s all over…’ please

Hope they bring on the lovely Helen Skelton.

Please not a clone of A League Of Their Own.

Mike - it looks like the BBC page has been updated - not that it changes the changes (so to speak), with Sue ‘sad’ to be leaving. 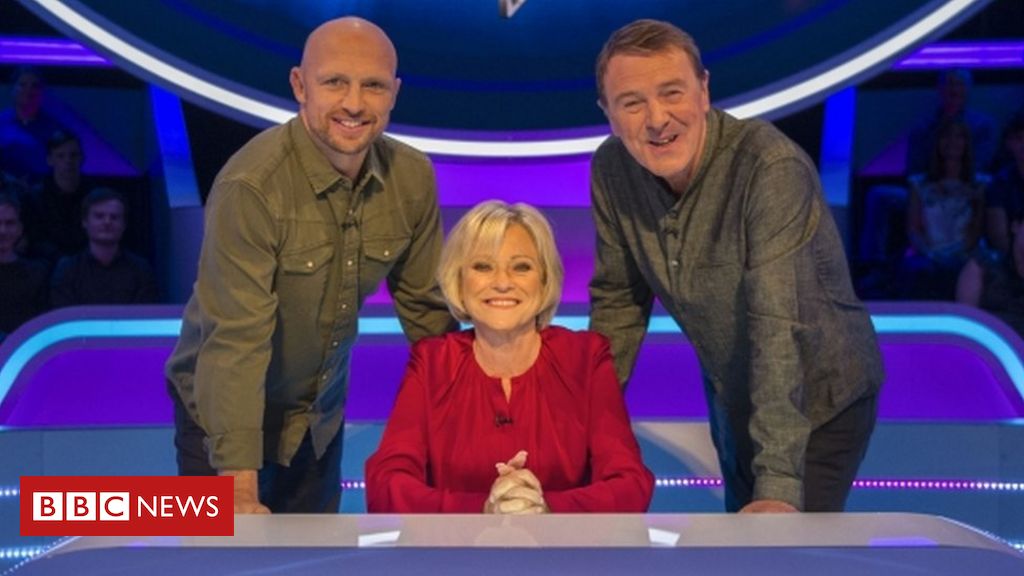 Sue Barker 'sad' to leave A Question of Sport

Not surprised GWGB etc. We stopped paying a while ago, total waste of money.

I’ve just looked it up. Next question. What does ‘woke’ mean? I’ve looked that up too, but it all sounds like bo//ocks to me.

My take - Woke in practical effect here means pandering to the thinkers who require all productions, be that be by cast and/or storyline/narrative (often both a la Dr. Who), to reflect equality agendas in their eyes, normally founded on race, ethnicity and personal orientation - and I use the words ‘equality’ and ‘agendas’, as the tests applied don’t reflect in proportion to modern-day society which, eventually, means much of the audience will get tired of having these agendas force fed to them and will switch off/turn away, hence GWGB.

The (silent/quiet) majority of the public know what the real world, society and life looks like - sadly, the woke-ists have their own vision (not just around flagging injustices, many retrospectively), with underlying positive promotion which is, in itself, discriminatory. It’s a cannibalising concept to many…and the silent majority is stirring it seems. It seems to be a case of ‘crying wolf’ too many times - which is a shame as the underlying issues are important.

Of course, there’s a political aspect, especially around revisionism - which cannot be discussed under house rules.

That’s pretty much my understanding too, although my expression of that interpretation was rather more succinct!

It’s a TV programme. I loved it as a kid but gave up on it when it became a smug comedy rather than a quiz. If this is all people have to complain about…

…and aligns with my own abbreviation for what goes on sometimes.

It became unwatchable a long while ago when the emphasis switched from sports quiz to comedy, with both captains vying to be a bigger tit than the other. Much like the current Top Gear incarnation.

I expect it’ll be easy to continue to avoid seeing it, with v little effort.

Best weather forecast on TV. But I think you have to have an armchair interest in farming or countryside to sit through the rest - same with QOS except that has no redeeming features at all for me, just one of the inane space fillerS on TV now there are too many channels and no programming imagination, with too much money going on paying presenters rather than the content.