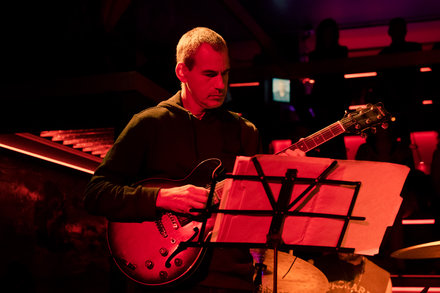 Both musicians’ careers have inspired a new flock of artists who treat jazz, metal and electronic music as interrelated systems.

Interesting and unusual combination of genres. Must give a listen

Thanks for posting the article, I have enjoyed Ben’s playing in the past and the article prompted me to purchase his new album ‘Day After Day’ being released on April 12th.

Beat me to it !
Cheers

The Sonar album with David Torn is excellent.

His album Door X released on Windham Hill in 1990 was my Hi-Fi test album the track Time Bomb has some great dynamics - Torn’s playing throughout is beautiful.

His contribution around the same time to David Sylvian’s Secrets of the Beehive is another of my favourites. Very lucky to have seen him live with Sylvian on the tour for this album.