We’ve just come back from four days in Berlin. I had no idea what expect and thought it might be fun. What a great city. So much to see, so much history, brilliant to get around and such lovely people. We even had a chat with a policemen with a large gun who was holding up pedestrians while some Jordanian bigwig came out of his hotel round the corner and he couldn’t have been nicer.

The wall of course is a stark reminder of the past, as is the Memorial to Jews Murdered in Europe - a blunt but effective title - especially at a time when so many seem to want to divide rather than work together.

We usually go to France and this was a great change, and we got to try some great beers in a couple of beer gardens.

All in all it’s rather wonderful and a place I could see myself living very happily. Highly recommended for a city break. 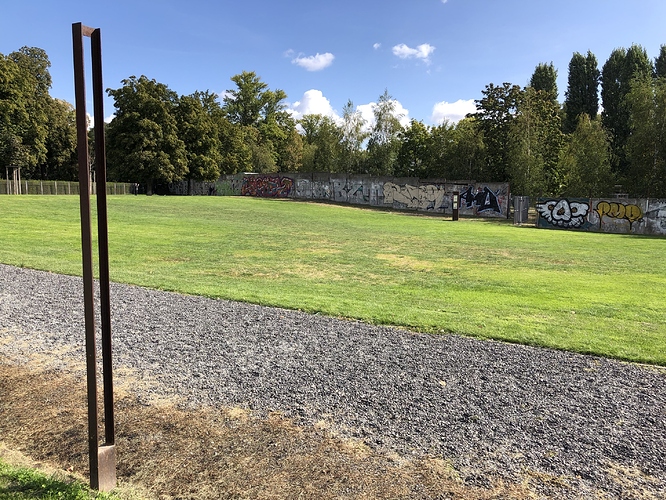 Thanks for reminding. It’s almost thirty years since I’ve been there. In a near future I might go for a brunch 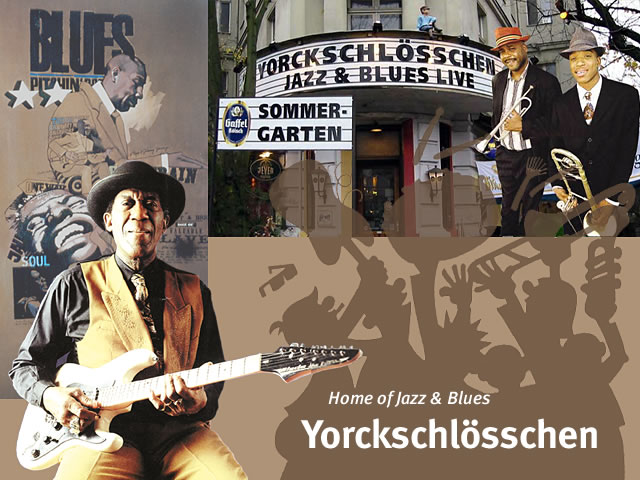 It’s a long while since my wife and I went there on holiday. I remember the 100 bus that went from the west of Berlin through the Brandenburg Gate into the east of Berlin. We had to change buses unexpectedly because our bus hit a car at a traffic light.

I was also in West Berlin on business before the wall came down and again just after. I picked up a small piece of the wall complete with graffiti paint, but left it in my hotel room by mistake. My wife reminds me of this from time to time.

Subsequently I went again to Berlin on business and this time stayed in the former East Berlin in a hotel which was a former barrack block. The beds were concrete and built into the structure, with mattresses on. There were a couple of odd things. One was that the beds in a twin bedded room weren’t next to each other but one behind the other. That didn’t matter as I was on my own. And they were about 5’6” long, so if you were 6’ like me then you couldn’t lie stretched out on your back, which was surprisingly annoying, but the concrete wasn’t bothered by that at all!

I also remember looking up at the TV transmitter mast in a square in East Berlin. Was it Alexanderplatz or something like that? It’s a long time ago. But yes I also liked Berlin.
Best

Berlin has a past that we all know… but the Germans have done a great job of bringing it all together. In just one generation. Yes more to do, but that’s the same everywhere.
Great music scene.

The TV tower is amazing - you zoom to the top in 40 seconds and the view is incredible. At each window is a description of key landmarks.

Nice to read - iI had wondered about a city break in Germany, but not which city. Could be worth a try.

Hope you had a currywurst while you were there

We don’t eat meat so the currywürst was out!

There’s a chain called ‘Herman ze German’ that does a vegan currywurst.

The one I’ve used is on Compton St in Soho and I can recommend it. If you like currywurst; the texture isn’t quite the same but it’s pretty good.

Berlin is a fabulous place to spend a few days in. To anybody thinking of going, I’d recommend it thoroughly. It’s superb.

Did anyone visit Hansa ?

It is near former SS headquarter but on the west side of Berlin. On the foundation of demolished bulings it is a free museum/exhibit - toppografie des terrors about rise and fall of Nazi’s and it is free and highly recommendable - from “checkpoint charlie” to the west towrds Potsdamer platz just following the contours of wall which are marked on the street. Adjacent to the exhibit it is Bauhaus museum - Gropius after Walter Gropius - the founder of Bauhaus. On Potsdamer platz there is the fastest elevator in the Europe for the ones that are interested in that. There are tours on the river Spree. I would recommend to go to Kreuzberg in the evening over the Obesrtdorf bridge which is a venue for itself to look. Again, Historical museum at the Unter den Linden strasse is museum to recommend. Tempelhof, Stasi museum… many many things to see. Certainly recommended for a visit not just once while it is still the chepest capital in Europe.

…and French square since there in Konzerthalle and it is usual for people to stand and watch and listen Philharmonie while reharsing. I listened there Bethoveen 5th…

i visit Munich every 2 years for a trade fair

I have been wanting to go to Berlin for sometime now

thanks for this thread…

Thank you Strah,very informative,Berlin has been on my list of places to visit for some time,hopefully getting there in the new year,connection with Hansa is due to the Bowie trilogy of albums,I believe that there is still studio 1 in place? Regardless,would like to visit museum anyway,thanks again.

We were staying near the zoo in a nice quiet bit. We walked through the Tiergarten to the Victory Column then down to the Brandenburg gate, down Unter den Linden all the way to the TV tower. It’s a lovely walk and you get to see so much.

It can be very cold in the winter…

Cold ,but that can add to the experience,remember going to Kracow in February for my 50th birthday,very atmospheric.