Best cart for a P3

As it says but mostly addressed to those running a P3 of any vintage and have tried alternatives. What is the best cart you have found and stuck with?

Quite a few years with a Goldring 1042 on my 30 year old Planar 3. On my 4th replaceable stylus - one of the reasons I like this widely respected cartridge so much.

I ran both an Elys1 and Exact1 on my Planar3 and found both pleasing for their cost. Both were installed, tested, and optimized by my Rega dealer.

From the beginning, with the Elys, I found the Rega Fono more involving/exciting than the Stageline into my NAC 112. As ever, whole-system synergy matters.

As with tires, it is hard for many of us, including me, to try a lot of alternatives.

If I had tried other cartridges, I would have favored AT and Ortofon MM models with easily-swapped styli. Regas are fixed in the cartridge, which may possibly have some performance advantages — probably not an absolute advantage versus all the competitors, with or without fixed styli.

Speaking the obvious, I tend to give safety more weight than those who must pursue absolute perfection. I like to experience the dish the way the chef had in mind.

Back in 1989, I had a Linn K9 on mine and loved it. These days one of the modern Audio Technica MMs would be similar I think.

I never really got on with the Rega MMs, apart from the original Supex derived R100, which was lovely. I run a Nagaoka TS11 on a late '80s Planar 3, and that works very well. Otherwise, of the new carts available, I’d probably lean towards one of the latest Audio Technicas like a VM740ML.

I have two P3 s. One is an S arm (Acos) original Planar 3, the other is the later rb303 P3. I also have a Grado gold mm, a vms20E (+cap210) and a k5. I did have a dl 110 which performed well but I ham fistedly damaged it. The Grado gold just sounds restricted and almost muddied on both TT’s. The vms20E is the sweet spot but I want to move this from the rb303 to the Acos. The k5 doesn’t have the same openness or even range as the others.
My intention is to move the vms back to the Acos and put something new on the RB303. The k5 can sit in its box as a spare for the next time I get a little ham fisted and the Grado I will probably move on.

So choices so far are Rega
Dl110 replacement
Nagoaka is a good shout. I used to run an MP11 boron which I liked.
AT range.

Thanks for the replies.

Goldring 2500 or an Ortofon 2M (Red,Blue,Black) as budget allows.

Looking at cost vs performance and compatibility on the rb303 the Nagoaka mp200 is a tad more than I intended for this study occasional use system. Looking at the plastic bodied AT VM540ML. it seems to be a lot of cart for the money. The one thing I’m keen to avoid is a cart that sounds too ‘bright’. I prefer a laid back, full bodied mid range sound. The Ortofon 2M range seems to have reports of a brighter presentation.

I have a P3 with Exact cartridge, and I’m definetly happy

With the Planar 3 , from 2003, I had an Elys.
Then Exact on P25 and P9.
The Exact was fine. But I believe there are better carts for the price today. But as always, better but not necessarily more enjoyable.
The Exact and Stageline was a good match.

I should have added that the K9 went into the phono input of my A&R A60.

‘Best’ cartridge considerations have always seemed a bit of a misnomer to me, when surely one is looking for the best arm, cartridge, phonostage (and wallet) match.

Indeed, and the K9 has always had a good reputation with the P3. I tend to overspend on things I don’t need but would like, so I need to reign back a little for the system that will be used infrequently, and yet I still want the best sound that I can get. This forum has been and continues to be a good sounding board for both ideas based on members experiences, and new suggestions to try. It think the AT 540 referenced above will give me a good sound per price ratio, so I have ordered one. I’m still a tad concerned about ‘toppyness’ but the reviews suggest it has treble but is still smooth rather than clinical. Here’s hoping.

Got an exact on my P25 ( a tarted up P3). Whilst ok, when it is due a change, I’ll work my dealer a bit harder. When I went to the exact from a lower priced rega, I should have worked him more.

Yes, I added an Exact to my old Rega Planar 3 and are pretty happy with the result. It’s a reasonably cost effective upgrade without getting into big money. I added the Reference belt as well and earlier added a colour mat and clear cover to give it a new fresh look. I’ve held of on the motor replacement and Neo power supply whilst I concentrate on finishing the amp upgrade. 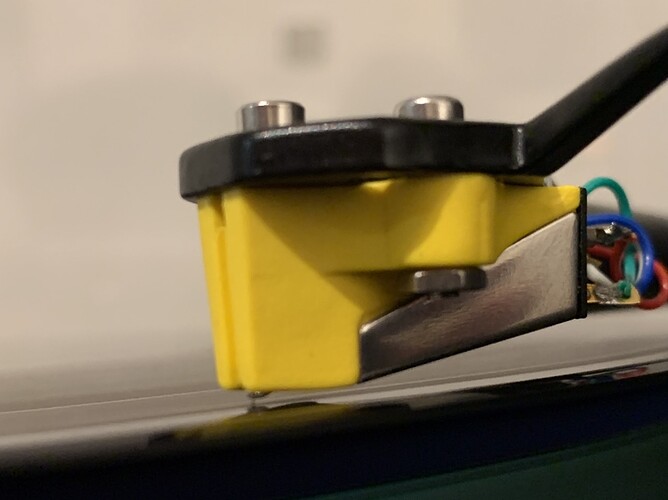 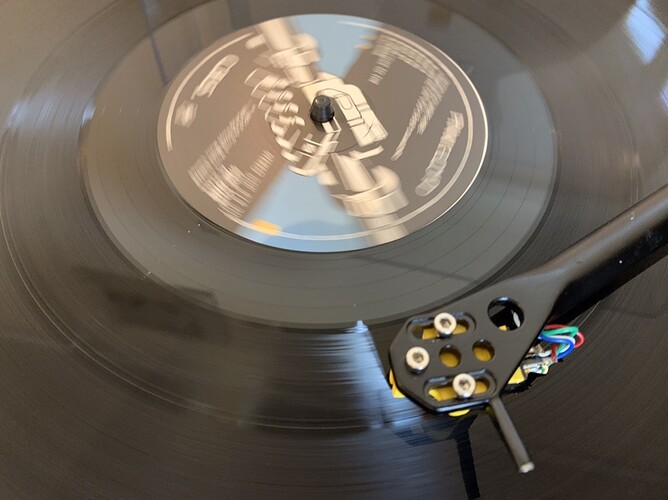 Next it would be helpful to learn more about the budget your planning to spend into a new phono carridge, whether you´re limited to MM carts ony or open for high output MCs or MCs as well. What´s the phonotage the cartridge will be attached to?

With changing the tonearm and/ or phono stage experiences with a specific phono cartridge will always differ. Same with cartridge load.

MM only to replace a dl110 on the later P3/RB303. I was looking for information on which modern carts may be suitable. Budget was’t mentioned but I have concluded that the AT VM540ML suits me enough to try one.

I will report back once it arrives.

That will work perfectly with any phono stage that can be set to 100 up to 200 pF load (measured with cables attached). Otherwise the high frequency resonance is in the audible range and it will sound bright and sharp.

On other hand the dynamically balanced RB-303 tonearm deserves a higher value cartridge with a very low moving mass. That´s the difference between the modern AT VM carts with ML needle tip to the famous old ones with Line Contact tip and special treated cantilever like there were AT-24, AT.25, AT-155LC.

When the modern produce high resolution the old one will answer that with giving you resolution, rhythm, PRAT and music