I’ve just sent the below request to Naim Support for their thoughts, but as we know, they have limited capacity to answer quickly ( though I hope thy will of course!)
Absent that, just wondering if the forum has made similar queries or had relevant experience that might help here. Thanks in advance

I’ve just moved to a new house and want to set up a Mesh WiFi coverage extension system.

I’m aware that ethernet over mains can lead to issues with adding noise to the mains, so I’m guessing a Mesh system is better (?)

I have a TrueSpeed router and we have FTTH. I use an ND555 streamer and will probably shortly be adding a couple of Muso QB’s around the house.

Do Naim have any recommendations on brands or types of WiFi extension that will be minimally impactful upon Sound Quality?

I’m very keen to get your thoughts if possible please.

How big’s the house? (If you don’t mind me asking!) You may not need an extension system.

We’ve got FTH broadband and a great Netgear router - we hard-wire our ND555 to that and then seamlessly use wi-fi for a Uniti Nova and Mu-so Qb on other floors.

If you want mesh, you can’t go far wrong using products from ubiquiti. Or BT’s own mesh products.
At the factory it’s all ruckus, which isn’t what you’d call consumer grade.

What’s the rough layout of the house? And construction? I imagine most people get perfect WiFi in their house from the supplied router, or a self bought asus or netgear. It’s only when your house is an odd shape or odd construction that mesh is needed. Ours is a bungalow made from some weird blockwork that has the ability to attenuate a WiFi signal such that a single WiFi router in the loft just can’t manage by itself.

As has been mentioned, Ubiquiti does a fine job. In the states, I’d say two of the best/top, IMO, are Netgear Orbi and Google Nest. I use the latter, three satellites total, one on each floor, and they’ve been stellar. We only use them as a mesh system (don’t turn on mic or anything else). They also have very good means by which to check their strength, speed, etc., through the Home app. All-in-all we’ve been very satisfied with their performance, with no SQ degradation that I could pinpoint when I was WiFi (I’m Ethernet now).

Some Answers to Clare and @robert_h in particular.
The House is a very solid 18th Century Farmhouse. Corridor Front to back in the middle and a roughly 16’ square room on each corner. External walls are stone, very thick, around 0.8m. Internal walls are mostly one brick length thick except the central wall on the ground floor which divides the front from the back right down the middle. This wall is around 0.6m thick. With the router in the front, double-height hallway, there’s decent reception everywhere upstairs and in the front two rooms. The issue is the rear two rooms on the ground floor where I think the signal is blocked by that central wall and in need of an extender or two.

That sounds a bit like our situation. Again, 2 rooms on the side where WiFi could not penetrate. My solution - and it’s made easier by me being able to scramble around in the loft and run cables - was to have one ubiquiti wifi access point running off the router in the main part of the bungalow, and a second one for the troublesome 2 rooms.

If you can breach that thick wall and get a wired socket on the other side, then you can provide a wired network signal for a second WiFi access point. You might not need to go “full” mesh. Just your main router as it is now, and a wap as an extender for the back 2 rooms.

IIRC, Orbi does not support IGMP snooping. Only IGMP proxying on the WAN port is supported, that means no IGMP support if your streamer is on mesh wireless. Even your streamer is hard-wired, you would have a hard time to find/discover your streamer from your mobile devices (iPad, iPhone, or laptop).

If you really are looking at SQ as opposed to effective coverage, then you need a wifi access point system that supports WMM.
Out of consumer products Ubiquiti are the only devices I know that support WMM if the Ethernet frames have their appropriate DSCP bits set. This will allow a more consistently timed stream of frames to go to your streamer which has a higher priority compared to other wifi traffic.
However I have only done this in professional sets ups and not at home… so I would focus on effective operation and coverage… the BT wifi discs and Ubiquiti devices again are hard to beat. The BT devices are plug and play and require no know how.

I have an Orbi system and use nd555 from iPad and no connectivity issues.

Lack of IGMP snooping support shouldn’t affect connectivity, just it could cause inefficient usage of the wifi bandwidth leading to lower effective throughput utilisation.
Most devices that don’t support IGMP snooping fall back to gratuitous broadcast of multicast data whether you want it or not.

But yes given the choice I would steer clear of products that don’t support IGMP snooping… as it may lead eventually to reliability and resilience issues as well as poor efficiency.

I use the BT mesh system and very happy with it

Yes they are very effective, and they do support IGMP snooping. Very popular in the UK … as some of the most reliable and play safe devices… but sadly only available in the UK I believe.

BT mesh here works really well , it did benefit from the EE switch though .

Big thanks to all here. I’m thinking I’ll go with the BT option for simplicity. 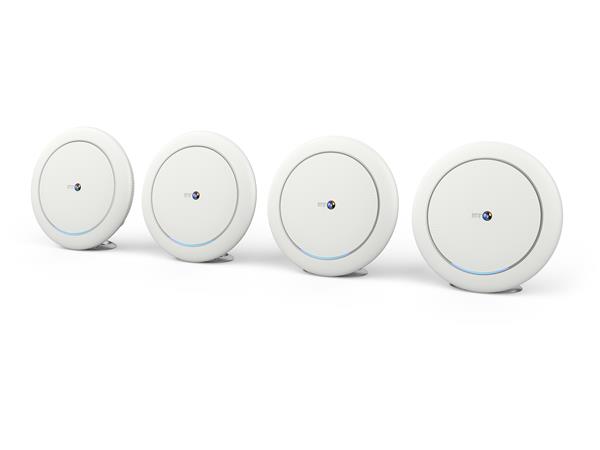 Just one further question. Given that I don’t use Tidal, Qobuz or any streamed source for serious listening and only use internet radio for background listening, will I be OK using a (comfortably within range) WiFi connection between the ND555 and the router? Presumably, there would be no SQ impact?

If you’re streaming from a local server rather than a web based service the demands on your WiFi connection will be much the same for the equivalent file size/resolution, apart from possibly some increased latency over internet.
Either way this should all be well within the capabilities of a decent WiFi connection.
I wouldn’t want to promise that there wouldn’t be very small differences in sound quality between this and any particular wired connection, but either should work reliably.

Good thread. I spent ages researching this one, confused myself and gave up.

Meanwhile these have done the job nicely enough… 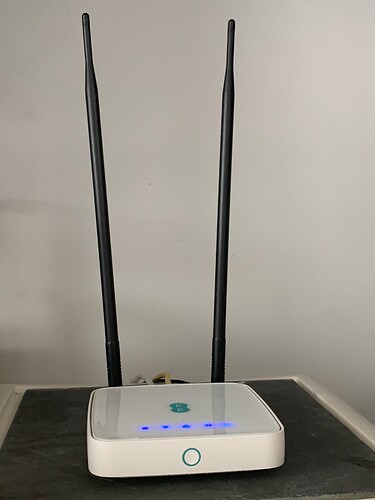 As has been mentioned, Ubiquiti does a fine job. In the states, I’d say two of the best/top, IMO, are Netgear Orbi and Google Nest. I use the latter, three satellites total, one on each floor, and they’ve been stellar. We only use them as a mesh system (don’t turn on mic or anything else). They also have very good means by which to check their strength, speed, etc., through the Home app. All-in-all we’ve been very satisfied with their performance, with no SQ degradation that I could pinpoint when I was WiFi (I’m Ethernet now).

I chose Orbi over Google because of the number of Ethernet connections available. BTW - I’m U.S. based.

I should note that some people (including myself briefly) have had trouble with the Naim/Orbi combination because of the way the Orbi combines 2.4 GHz and 5 GHz into a single network,.

Good point, @jegreenwood. I think I read your last part in a thread or two some time back. You’re right about the Ethernet connections, though. It would be nice to have those on the Google mesh satellites, but for me they’re, I suppose, not necessary for my purpose(s).

I do have the problem of finding my Linn Klimax DSM if my mobile devices on the Netgear Orbi mesh wifi, and sometimes Roon fails to find it as well. But all is good if I am on a google nest wifi.

Googling the issue and the searching the Linn/Roon forum/Netgear community found that I am not alone in having the issue, and I think it is down to the missing IGMP support.

934 Mbps down. 924 Mbps up. My original MuSo and ND555 both found it wirelessly. Might step up to an internet cable or switch someday, but have not needed one yet.