Has anyone heard or has a bi/tri amped statement system? What was it like and how much better is it than a passive system?

So many that we can hardly count them

I heard someone (cant remember who but a naim staff member) say that there were 2 triamped systems.

Here is mine system 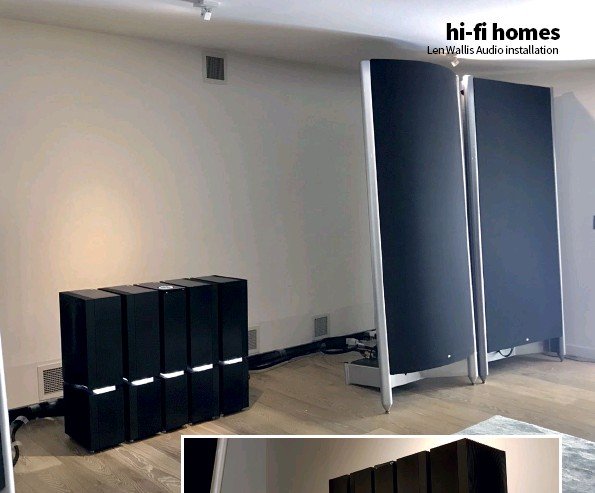 I presume you mean active bi- or tri- amped? I imagine noticeably better than a single Pair of Statements driving the same speaker with passive crossover.

There is another very recent thread about active multi-amping, Is an active setup better or just different, which got a bit bogged down with people considering whether the question should have been about active with a better amp to passive with lesser amps. Statement was mentioned there, with one person declaring the Statement amps themselves would need to be modded to use active, but never returned to clarify when asked to. However no-one volunteered any experience of Statement active.

Speakers are a bit too close together. Typical!

Seriously though, I suppose passive biamping with Statement is valid if you have speakers so hard to drive that one S1 monobloc isn’t enough you may need two. There can’t be that many speakers a S1 cannot drive properly though.

You really need 2 pairs of tri-amped statement mono-blocks with 2 S1 preamps running multi-room from a pair of ND555s, each with 2 555PSs.

Absolutely. Anything else is just rubbish.

I remember back when I had an traimped active Statement system in the upstairs loo. I did find getting splash back off the heatsinks to be a real pain though. But they sure kept your thighs warm in winter.

Human accoustic perception itsnt up to the task yet.

I would do it tomorrow. But I can’t afford to upgrade my speakers.

Avoid by sitting down… 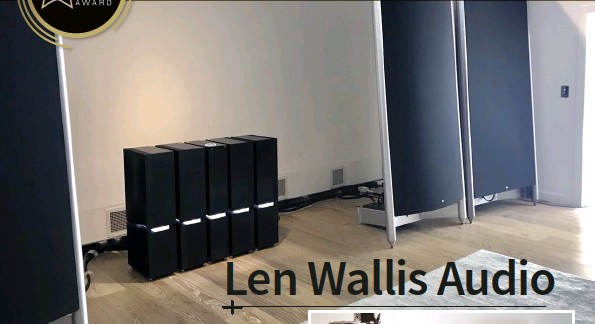 This is a system which the owner has grown over many years, with the last eight years or so working with the team at Sydney’s Len Wallis Audio. The speakers are Soundlab Ultimate electrostatics, while the Esoteric brand dominates the Finite Elemente Master Reference Pagoda equipment racks (right), with transport, twin mono DACs, power supply and clock. An Aurender server/streamer is bottom centre, with Shunyata Hydra power distributors on the right.

Until last year the amplification had been Krell, but after long discussions and much listening to Naim Audio’s Statement pre-power amplification, the owner decided to make the change. But this wasn’t to be a ‘standard’ Statement, despite the UK company describing the usual version as “the pinnacle of Naim Audio engineering knowledge and artistry”. Together with Len Wallis Audio’s Charl Du Plessis, the owner planned to double-down on the power amps.

“My thoughts were to maximise the control of the speakers by utilising four power amps in passive bi-amp configuration,” Charl told us.

But the pre-amp in standard configuration couldn’t be used with four power amps — so this installation required a world-first with input direct from Naim, changing the secondary output to another fully balanced output that could be use in the planned bi-amped configuration.

But there was more. The owner had always had a mind to add subwoofers to his Sound Lab speakers, but Charl had been reticent to blend these fast panels with conventional cone-style subwoofers, whatever the level. Another set of international discussions ensued, and Sound Lab’s Roger West agreed to supply special bass panels to operate from 800Hz down, with the main speakers handling upwards to 40kHz.

We’ll keep schtum for now on further planned changes to this system, but watch our pages next year! For such effort and dedication to ultimate performance, this system wins our second Stereo Installation Gold Award.

“A world-first solution in doubling up on Naim’s Statement power amps in a staggering hi-fi system that aims for the ultimate in performance.”

You can have more than 2… 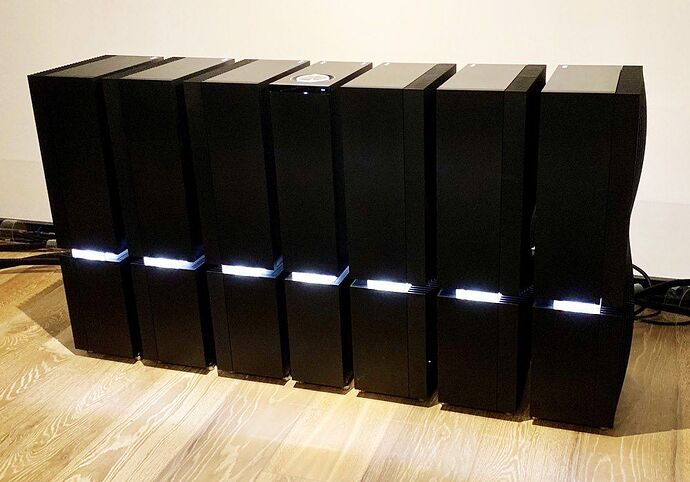 I always liked your second system.

Ok, so it is not active, so not what I think the OP was asking about because he referenced comparing with a passive system. I did wonder when I realised it was simply driving a pair of identical speakers.

It isn’t passive bi-amping in the normal way either, because the speaker doesn’t have a passive crossover: it is just paired driving.(Given that owner wanted to double up on speakers, the alternative would have been to connect the two speakers either in series or parallel to the one amp, which of course would be more limiting even if it has no direct audible effect.)

You can’t see on the pic, but there is a bath at the rear. It’s more my third system. 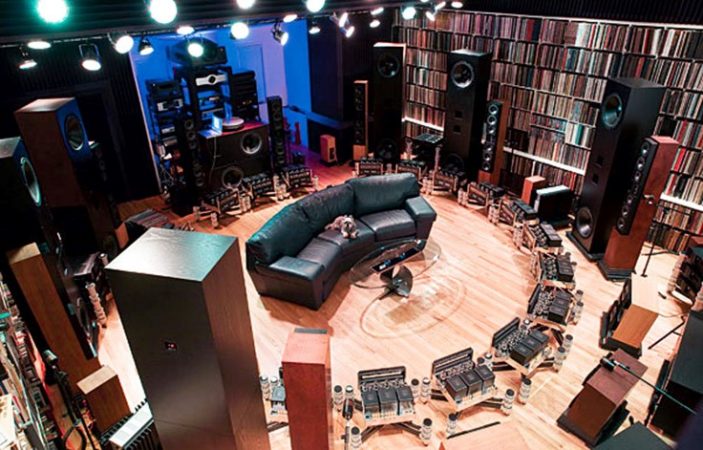 I posted more for fun , rather than to reply exactly to the OP wish. At least on this forum, I have never seen an active Statement system.