I’m hoping some clever folk on this forum can help me. Current set up is CDS2, 72, 110 (Olive) and Hicap. Running to a pair of IBLs. I would like to up the power going to the IBLs but maintain the shoebox size amp. I have have three questions.

IBL’s love being active. As you say you’ll need another 110, a snaxo 2-4 (or better, a 242. An SBL version will work for IBLs), a hicap and extra set of speaker cables. If you could find an IXO then that will replace the Snaxo/Hicap combo but won’t sound as good. Ideally, with a snaxo 2-4, you want the power amps to be well matched so if you get them serviced together that would help. Less important with a 242. Although there’s not much point in going active if all the components aren’t in good order.

It will be brutally revealing and lightening fast.

Note that some liked to re-wire earlier SNAXOs to run “horizontal” a la the SNAXO 242. Hopefully whoever did this made a note of it for any poor unsuspecting owner further down the line. But I would assume not, so be careful and ask questions of anyone selling one secondhand, as it will save you some tears later.

A 250 would very likely be better than active 110s and in practical terms would take up less space. 135s would be even better.

Good point. Always connect to the LF at the speaker end first and test that before connecting the HF. Sending the HF signal to the LF speaker won’t result in an expensive pop.

A 250 would very likely be better than active 110s and in practical terms would take up less space. 135s would be even better.

Possibly. However the OP stated a preference to retain shoe box style amps. Also, if the crossovers are getting tired, like mine, then you bypass a weak link.

I found a single, unserviced, bolt down 250 was better than a pair of serviced 200s.

But, as you point out, none of those are in a shoebox casing.

As much as I like my active system I do often look at all the boxes (6 for 2 way speakers!) and wonder if there’s an easier way.

Same here. Nine for 3 way including Superline and supercap.

Ha ha. Yep. 12 if I include Core, Bluesound and Qutest.

This is great info guys. Thanks. There is the multiple box issue and also as I’m starting with only one HC ….there is a significant cost. (2 amps a Snaxo and another HC + cables/wire). All good food for thought. Thanks again

Some of the early HiCaps had a single output on (I think) socket 3 which would power a very early (Chrome Bumper) NAXO, so the same HiCap that powered the PreAmp could also (I think) power the NAXO (I could be wrong on that point though.) However I think these NAXOs are hard to find now and an olive 2/4 is the most common type to find which would need its own HiCap as you point out.

I looked for one of the older manuals I had and found this diagram which could help with the wiring (but pay heed to the very good advice about vertical/horizontal configurations and importantly checking each output on a bass driver first!) 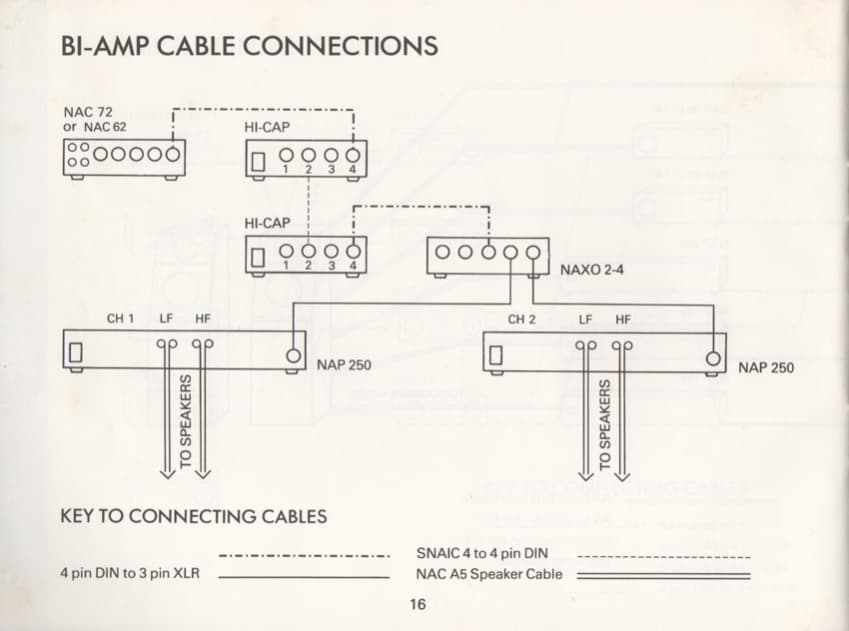 A Hicap should only ever power one thing at a time, so an extra Hicap would be needed to power the crossover. 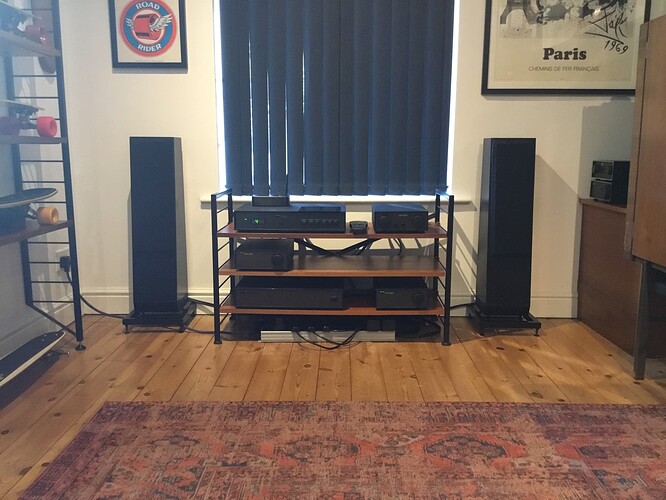 image1920×1440 207 KB
OK. Decision made. I’m going for it. Active IBLs. Over the next couple of months I will try to get hold of the components required. The Nap 110 on the middle shelf will make way for the Snaxo, HC and 2x140s. Power bar underneath will be at full capacity

Richard, that would very much be my preference too. As I also have a CB 110 in my stash (so I already have 2) but I don’t know of anyone who can convert it to Olive. My Olive 110 was converted by Naim many years ago.

Just don’t worry about it…

Or… use it until you find a suitable Olive one…?

Is it still a NAP110 or a NAP110 converted to NAP140? It’s important as if you are going active then the power amps should be the same unless you go for the SNAXO 242.