Can anyone recommend a BH recording that has very good sound quality (allowing for the fact the recordings are in the region of 80 plus years old). I have 2 or 3 album,s where the sound quality is really poor, so it would be god to have recommendations before buying anything else.

This one has superb SQ 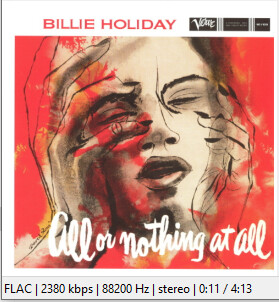 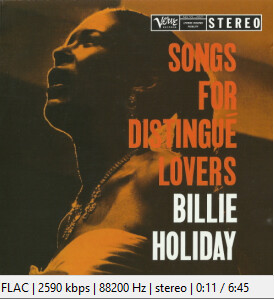 Live at Carnegie Hall 1956.
Not as good SQ as the other two - has slight over sibilance on her voice - but the recording has good depth including the audience at the end of each song. 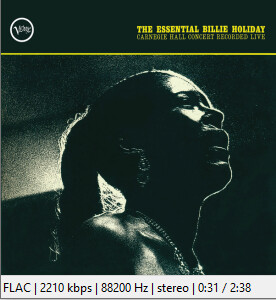 The first two shown above do sound good. But you listen to her music for the emotional power and sheer genius. If sound quality is the overriding factor you may as well listen to Brothers in Arms.

As well as raw talent which comes across in these albums in spades.
Quite like Brothers in Arms me self like.

Agree with HH.
The best BH for my money are The Commodore sessions but SQ is of its time 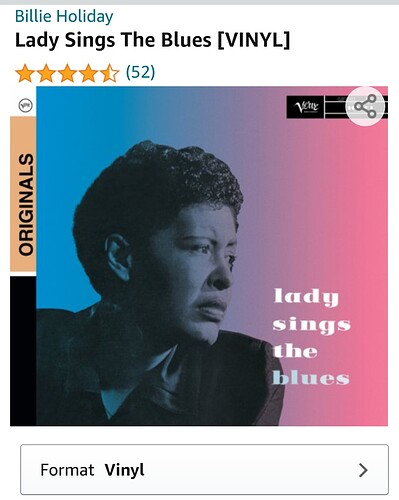 Bit of an aside but my mates Dad went out with BH in the early 50’s. He was a photographer and his house was still full of amazing photos of her when I last went there in the early 90’s. Such sad photos as well!

I have the first two titles listed (plus another) on SACD. They do sound good. I also have recordings from Decca and Columbia. A great singer.

Actually, someone gave me “Lady in Satin” on SACD, but the sound quality is so bad I can’t listen to it.

The later Verve recordings tend to have better recording quality… 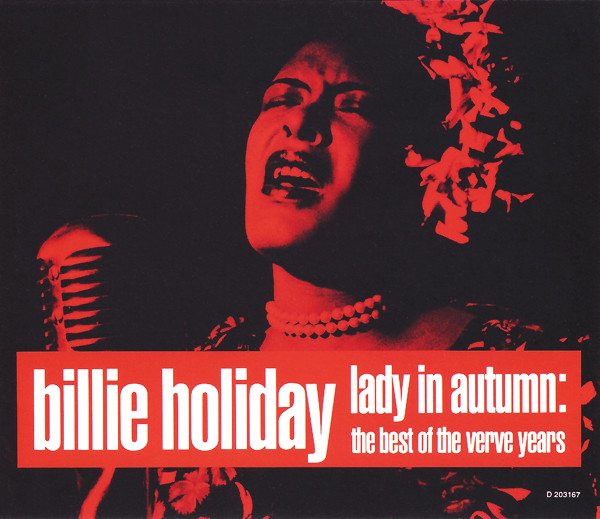 There are many jazz lovers, even dedicated ones, who cannot afford to part with the 150 dollars or so that the ten-disc Complete Billie Holiday on Verve commands, so this two-disc distillation will do very nicely as a detailed summary of her troubled, soulful Verve period. Set out in chronological order with a mighty overreaching sweep, this mini-box covers virtually the entire period, with a generous helping of the JATP events of the 1940s, jumping a few years into the jazz all-star backings of the ‘50s and the 1956 Carnegie Hall concert, and closing with her heartbreakingly ravaged final sessions with Ray Ellis’ string orchestra. Along the way, several Holiday landmark tunes like “Don’t Explain,” “God Bless the Child,” “Lover Man,” “Fine and Mellow,” and “He’s Funny That Way” are revisited and reinterpreted from a bitter, life-worn perspective. But not all is stark tragedy, for life-affirming tracks like the 1957 “Stars Fell on Alabama” and “Gee Baby, Ain’t I Good to You” add some balance to the picture. For very sensitive listeners, 128 minutes of Lady Day in her twilight years may well be all they’ll need. 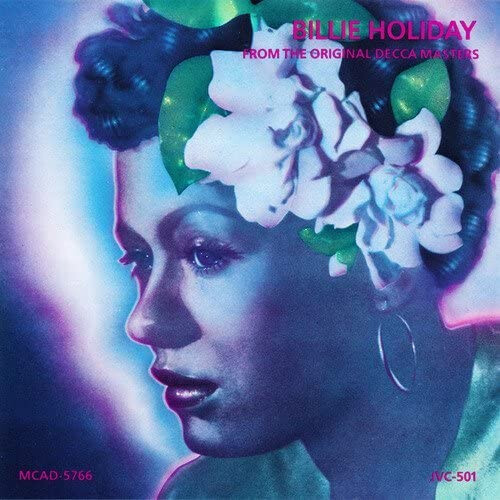 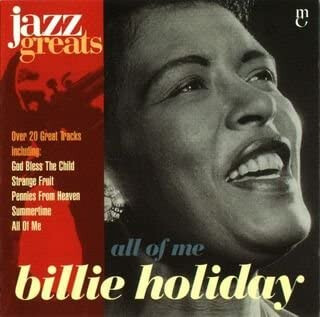 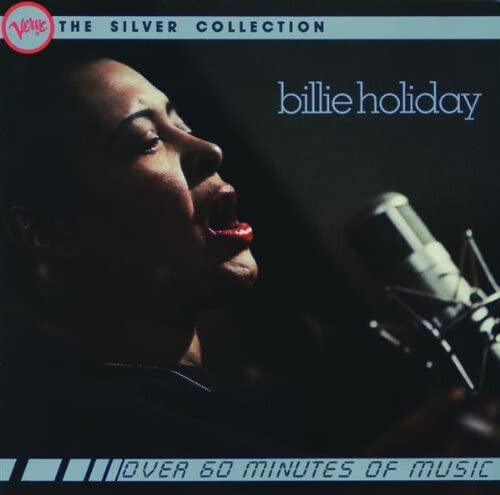 My preference is probably for the Billie Holiday’s 1930’s Teddy Wilson, Lester Young sessions but if sound quality is more important you could try the Ben Webster and Harry Edison recordings, they are ideal accompanists and Billie’s voice was still in pretty good nick. 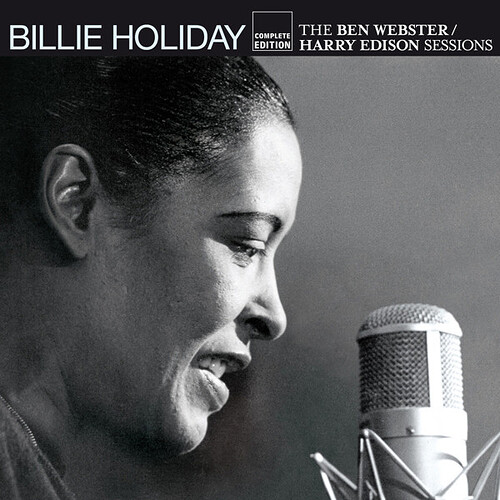 I’m surprised someone earlier said that Lady In Satin sounds awful.
My Sony Legacy CD re issue with alternates and out takes sounds fine.
It’s an at times sad and challenging listen, her voice is cracked from the ravages of drink and drugs but the raw emotion still moves.
A few months later she was dead. 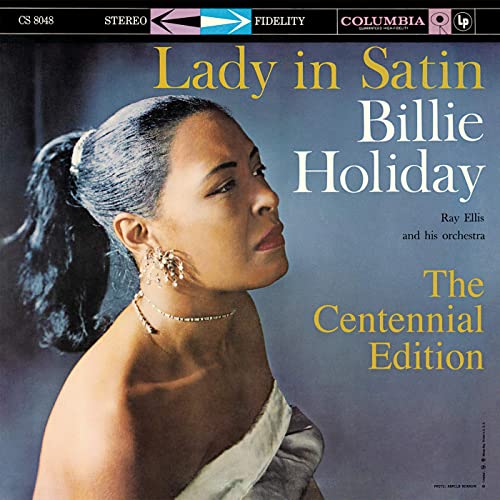 This was Billie Holiday’s penultimate album, recorded when her body was telling her enough was enough. During the sessions with arranger Ray Ellis she was drinking vodka neat, as if it were tap water. Despite her ravaged voice (the sweetness had long gone), she was still an incredible singer. The feeling and tension she manages to put into almost every track set this album as one of her finest achievements. “You’ve Changed” and “I Get Along Without You Very Well” are high art performances from the singer who saw life from the bottom up.

PS I tend to try and stay clear of 3rd. party releases and stick to issues from the original labels. Buying out of copyright music can be a bit of a minefield.

PS I tend to try and stay clear of 3rd. party releases and stick to issues from the original labels. Buying out of copyright music can be a bit of a minefield.

That’s absolutely spot on Dave.
I was about to write that the OP @johns didnt say which titles/recordings he was listening too that had really poor SQ. With historic material there is a lot of iffy public domain stuff out there with questionable provenance.

If SQ is the overriding requirement here then I fear @johns will miss out on some truly wonderful music.
As I mentioned above for my money the recordings BH did with Milt Gabler’s Commodore label are amongst her very best and imo surpass the patchy Verve years even if those may have more modern SQ. It beggars belief to me that these sessions seem to get so overlooked.
She was contracted to Columbia, who wouldnt allow her to record Strange Fruit, unusually they allowed her to go and record the song with Milt Gabler and she continued to record material for Commodore whilst still with Columbia. Material that was perhaps too edgy and un commercial for Columbia to handle, I think this shows the integrity and nerve of Milt Gabler in doing so.
The Commodore transfers done by the GRP label (swallowed up by UMG) from 78’s and old metalwork, whilst historical by no means to my ears sound poor.
As I said above though, beware public domain issues. 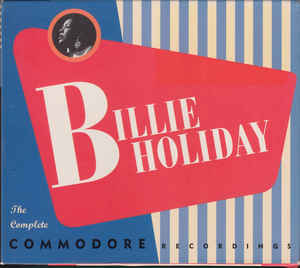 In the late ‘30s and throughout the war years, Billie Holiday was at her creative peak. By 1939, the occasional rough edges of her early career had somewhat smoothed out; by the end of the war, she was recording orchestra-heavy sessions for Decca, followed by more than a decade of uneven (although occasionally superb) outings for Verve.

From 1939 to 1944, she recorded a series of sessions for Commodore that many observers say represent the pinnacle of her career. This absolutely vital collection presents the four sessions in their entirety.

The first session, in 1939, produced “Yesterdays,” “Fine and Mellow,” “I Gotta Right to Sing the Blues” and the incomparable “Strange Fruit.” The date came about when Columbia, Holiday’s label at the time, refused to allow her to record “Strange Fruit,” with its powerful (both then and now) images of a lynching in the South.

The rest of the tracks were produced in three sessions during a two-week period in spring 1944. They include one Holiday classic after another: “How Am I to Know,” “My Old Flame,” “I Cover the Waterfront,” “He’s Funny That Way,” “Lover Come Back to Me” and “Billie’s Blues.”

Despite backgrounds that often do little more than lay down simple chording and one or two funereal tempos, Holiday produces a series of performances that are virtual definitions of jazz singing. Rhythmically articulate, always in touch with the meaning of the words, inherently emotional and personal, they are required listening for even the most casual jazz listener. And, as a bonus, there are alternate takes–some very good ones, in fact–of most of the tunes. It is, in sum, classic jazz at its very best.
Taken from a review in LA Times Don Heckman 1997

Thanks for all the recommendations. I’m not looking for 21st century sound, I just think that being able to hear the words fairly well adds to the enjoyment - the 3rd party advice is probably key. I’ll explore these ides and I’m sure I’ll find things I like.

Of course, and you shouldn’t have any problems with any of the recommendations here. Would be interesting to know what you’ve been listening to thus far (to conclude poor sound quality) in order to help point you in the right direction?

A couple fo CD’s given to me when I lost my vinyl recordings - one os jazz Masterpieces the other a BNF collection of Essentials - I suspect the 3rd party issue may apply.