Black lines at top and bottom of screen

When I watch a modern film I always have a black bar across the top and bottom of the screen.
Have the companies transmitting these films stopped sending out the signal to make my TV switch to wide-screen or panavision?
Thank you.

A film with an aspect ratio of 1.78:1 should fill the screen of a typical widescreen TV. Depending on the masking, a 1.85:1 aspect ratio film (most common) may appear to do the same, as the black area may be unnoticeable or the picture very slightly zoomed to fill the frame. If the film has a wider aspect ration than 1.78:1 (16:9) then you can expect some back bars top and bottom on most widescreen TVs. It’s most noticeable with films that have a 2.35:1 (Cinemascope) to 2.55:1 aspect ratio. FWIW, I think the widest aspect ratio used without multiple overlapping projections was 2.75:1.

Personally I prefer to see a film that has a wider aspect ratio than 1.85:1 in its natural form, i.e. uncropped. And don’t get me started on the awful old pan and scan techniques that were used to make film fill the entire frame of the old standard TV screens.

Richard beat me to this explanation just as I was about to post my own less comprehensive reply.

I too much prefer watching widescreen films in their uncropped natural form, and so have no issue whatsoever with ‘black bars’ across the top and bottom of my screen when the film has a wider aspect than my TV physically supports.

There are some TVs with a screen ratio optimized for cinemascope, i.e. very wide, but obviously you then have black bars on the left and right when watching material that is less wide

I’ve noticed this with recent films on TV (via Sky feeds). It does give the cinema aspect and if you try and change this, things can go a bit wonky to my eyes vis perspectives and scaling.

Thank you for the informative answer.
The photo shows what the setting in my TV says. 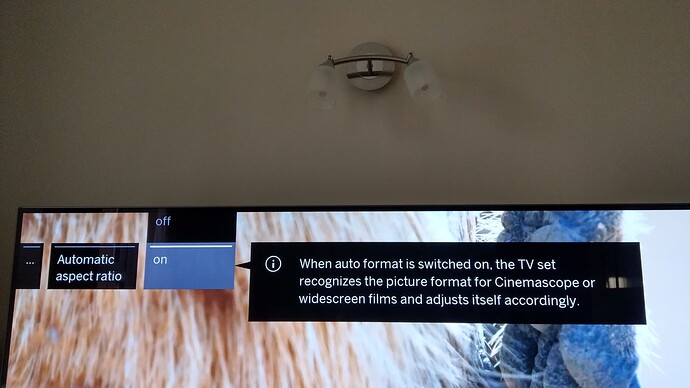 All the bbc shows are now what I’d call full widescreen so the image fills the screen with nothing lost. This is the now default tv size.
Movies are more often than note in a wider aspect ratio so you’ll always get black bars.
If your tv is adjusting itself it might be lopping off the left and right sides to fill the screen.
True CinemaScope, panavision etc is never going to fit. 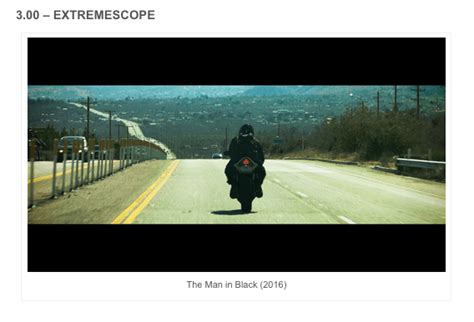 Then Zack Snyder does his cut of justice league in 4:3 and everyone thinks their tv is broken! And counter intuitively it makes more sense in that ratio (the red box below). 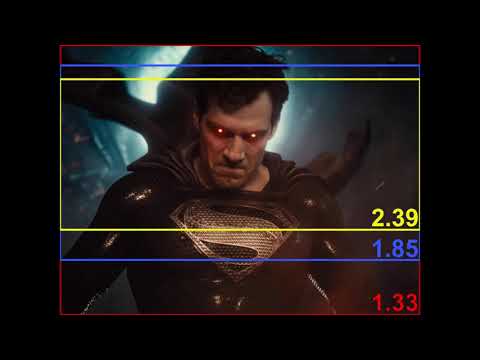 Hi @robert_h
Thank you for satisfying my curiosity.
I used have a Phillips TV which was 2.39 format. It was great for watching any format.
Sadly when it failed beyond economic repair Phillips had stopped manufacturer.

Just to complicate things even more, some recent films have sequences shot using IMAX cameras which can result in the aspect ratio changing back and forth during the film.

2008’s The Dark Knight is a good example - the opening bank robbery scene was shot on IMAX so appears on your TV screen fully filling the screen. Black bars appear suddenly about 6 minutes in as the film transitions to the night scenes which were shot in Panavision. Later in the film, the black bars appear and disappear with reckless abandon, e.g. about 18 minutes in, there’s an IMAX zoom in to the Wayne Enterprises building with no black bars, even though the scenes either side of it have them. Once you start noticing it, you might find it difficult to ignore!

Apologies if I’ve ruined the film for you…

Haha. I’ve never noticed all the times I’ve seen it. Using Laserdisc since the early 90s before widescreen TVs existed, my brain has been trained to not see the bars after 30 years of widescreen formats not exactly fitting the screen.

FWIW, streaming original content providers love 2.35:1 or wider formats because they save loads of bandwidth. The black areas are not part of the transmitted image. If you can offer 4K content (measured against the full screen resolution) but shave off half the area you kill two birds with one stone: Ticking the 4K content box and giving customers a beautiful cinematic scene.