Blue Note Records and Universal Music Group Africa have announced the creation of Blue Note Africa, an exciting new imprint dedicated to signing Jazz artists from across the African continent, bringing them to a global audience, and promoting a cultural exchange of ideas that transcends borders. Blue Note Africa will launch this Spring with the release of South African pianist and composer Nduduzo Makhathini’s luminous new album In The Spirit Of Ntu.

“Blue Note has stood the test of time by continuing to adapt but keeping its focus on discovering and introducing Jazz talent to the world,” says Sipho Dlamini, CEO of Universal Music Africa. “The opportunity to create Blue Note Africa and provide a channel for African Jazz talent to have a home in the U.S., with a dedicated and passionate team lead by a legend in his own right – Don Was, is very exciting. We can now walk the African Jazz journey, from Cape to Cairo to California.”

“African music has been a major creative tributary for nearly every album in Blue Note’s extensive catalog,” says Blue Note President Don Was. “So it’s a great honor for us to partner with Sipho and his talented Universal Music Africa team in this new endeavor. Together, we will shine a global light on the incredible music emanating from Africa today.”

I really hope this gets a vinyl release as presently I can only find Cd and Streaming versions. 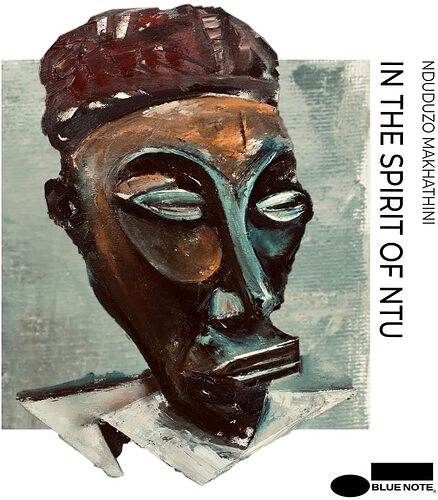 Can’t see it on Tidal or Qobuz.

If you go onto Blue Note’s own website there is a list of streaming possibilities for this excellent LP.

Thanks, tried that. Tidal, where I have a subscription, says ‘album removed’. The others offer 1 track or nothing and iTunes says not available in the UK.

Hi , here’s Massimo from Italy. I believe the album will be only available in Qobuz on May 27th, very likely the date when it will be released.
I have no clou about Tidal, cause I don’t use it.

So a label dedicated to Africa expanding Blue Note’s cultural heritage only available in the very narrow world of Quboz.

Is it not available n CD?

@Bobthebuilder @Richard The label hasn’t started releasing anything yet. The first release is the Nduduzo Makhathini album, which is out on 27th May on CD and vinyl (though the vinyl could be delayed).

Thanks Kev I can see it on Amazon now let’s hope the vinyl follows later in the year as if the sample track is anything to go by it should be a cracking record.

It’s very good. He’s a superb pianist. He’s on the Somi album too.

I’ve also just discovered that he plays on both Shabaka and the Ancestors records too both of which I own though had no idea. Below is the excellent Behold the Deceiver from We Are Sent Here By History.

One track from the album - Amathongo - is now on Tidal.

In the Spirit of Ntu is being offered on Pre Order by several European sites including HHV it will be a double album at £34.99 they are giving the same release date as the CD and Download which seems optimistic.

Blue Note is part of Universal and they have access to a lot of manufacturing capacity, so the vinyl could well appear at the same time as the vinyl…

In The Spirit Of Ntu is fabulous, by the way. Almost as good as the Somi album!

‘Excited to be giving Nduduzo Makhathini’s brilliant new album “In the Spirit of Ntu” a 2-LP vinyl release on Oct. 7! CD & digital will be released on May 27. ‘