Over the next month or so all of Bob Marley & The Wailers nine studio albums, two live albums and the Legend greatest hits album will be given the half speed Abbey Rd treatment and there will also be a ‘limited edition’ version of each pressed at the newly refurbished Tuff Gong pressing plant in Jamaica.

I’ve bought the Abbey Rd copy of Survival and the Tuff Gong Catch a Fire which is of particular interest to me as it’s the original pre Island mix and includes two extra tracks. If the Abbey Rd turns out ok then I might order more.

Tuff Gong Catch a Fire is selling out quickly I ordered a copy a copy from the US UdiscoverMusic site at £29 inc shipping which doesn’t ship until late January '21 but the half speed survival has arrived I’ll let you know how it sounds later. 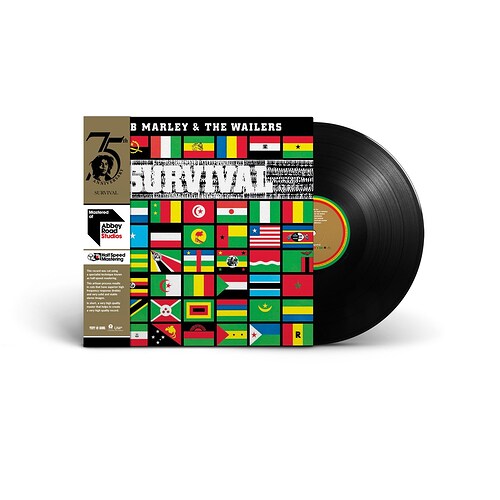 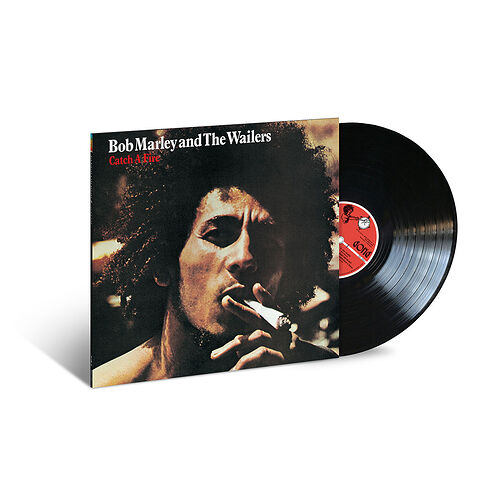 It’s annoying that the Catch a Fire alternative mix has sold out here. I was pointed to the French UDiscover equivalent site yesterday which still has it. The site is called vinylcollector.store. Given that the Jamaican releases are not available until next year it’s possible that by then we will have to pay import duties from France!

Clive at £29 from the US that’s the same price + shipping that it would have cost from a UK online store I can’t imagine the import duties if any will be much.

Unfortunately as with all specialist vinyl reissues the Ebay and Discogs sellers buy up all the can and very quickly. I can’t imagine anything can be done about it apart from limiting individual sales which will never happen.

Still it’s annoying for us genuine collectors it’s not the first time I’ve missed out and had to buy from overseas. The amount of stuff being reissued now is growing and growing four versions of Exodus, Kaya and Survival in as many years.

Unfortunately import duties are a lottery and you may not have to pay anything. But if you are caught the duty (essentially VAT) is not much but the carrier will charge a large admin fee. I recently had to pay Royal Mail £12 on something of around that value. It’s not clear what the position will be with the EU after January 1st. I’m in two minds about the Catch a Fire issue - I would really like to have a vinyl copy and am willing to pay for a good pressing, but will this one be any good? And I do have the deluxe CD issue so it’s not as if I don’t have it to listen to.

The issue here is wether or not you are prepared to pay those costs and for this record I am the rights and wrongs are for a whole other discussion.

The rest of the Tuff Gong reissues are of no interest to me personally but are all available online in the UK it’s just the Catch a Fire title that’s in demand and if it sells well be sure there will be a reissue anyway the promotional material states that copies are limited to 250,000 copies annually.

I’ve just played the Abbey Rd half speed remaster of Survival and it’s very, very good.
The original and the reissue from around 2015 that I have are pretty similar and both sound very good but the Abbey Rd is better and well worth the money.
The record is very percussive and this new remaster has brought out other small percussion instruments that where lost on both the other copies I own I cannot speak for the other Abbey Rd remasters in this series but Survival I can highly recommend.

As anyone dealing with JA pressed vinyl will know, pressing quality can often leave a lot to be desired.
The Tuff Gong pressing plant in Jamaica has reportedly been refurbished. However the YouTube video of the opening showed the plant not to be in great shape.
With a bit of caveat emptor, I would recommend the JA Tuff Gong pressing of Catch A Fire as it is the “original Jamaican mix” prepared by Errol Brown for the 2CD Deluxe Edition that came out some years ago. Assuming the pressing is acceptable then this is a must have. It’s been something of a Holy Grail for Wailers fans hearing the album without the overdubs, once heard theres little going back to the overdubbed album.
The other albums in the catalogue are standard reissues/remasters on the Jamaican Tuff Gong pressing and only the Abbey Rd pressings are half speed mastered. Also the Abbey Rd half speed master of CAF is the overdubbed album NOT the “original Jamaican mix”.
Personally if you dont want to take a gamble on the JA pressing of CAF I would be, and am, content with the 2CD Deluxe Edition or stream it if available. 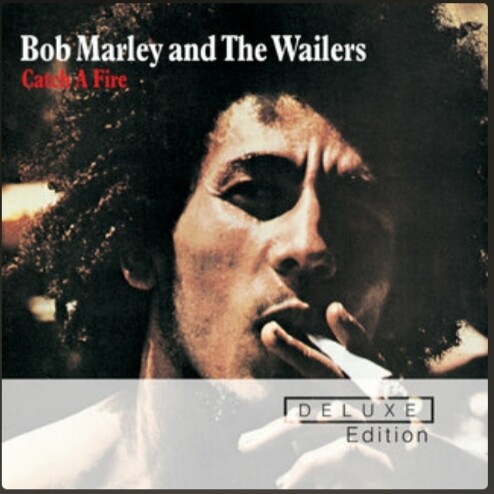 The CD boxset is available for around £ 15 from Amazon France, would like to know who mastered the CDs, if it’s the old Barry Diament ones instant buy probably the 2001 mastering though. This boxset could turn up at the large supermarkets like the resent Police and Dire Straits boxsets at very low prices.

It looks to me like an identical CD version of the 2005 Complete Island Recordings LP box set.

I believe this original version of Catch a Fire has been released once before on CD in Japan.

As I think I already mentioned on this thread Bob, it’s available on the CAF Deluxe Edition.
The so called “Original Jamaican Mix” was prepared by Errol Brown IIRC in 2001 specifically for the Deluxe Edition.

On the subject of the new Record Press in JA I think I’m prepared to take a risk for less than £30 I could end up with something quite special that’s less than the price of a night down the pub.

I’ve just been listening to the Abbey Rd remaster of Survival and it really is a great pressing well worth the price.

My understanding is that its not a new pressing plant Bob, it’s the original Tuff Gong pressing plant that’s been re opened and reportedly “refurbished”. 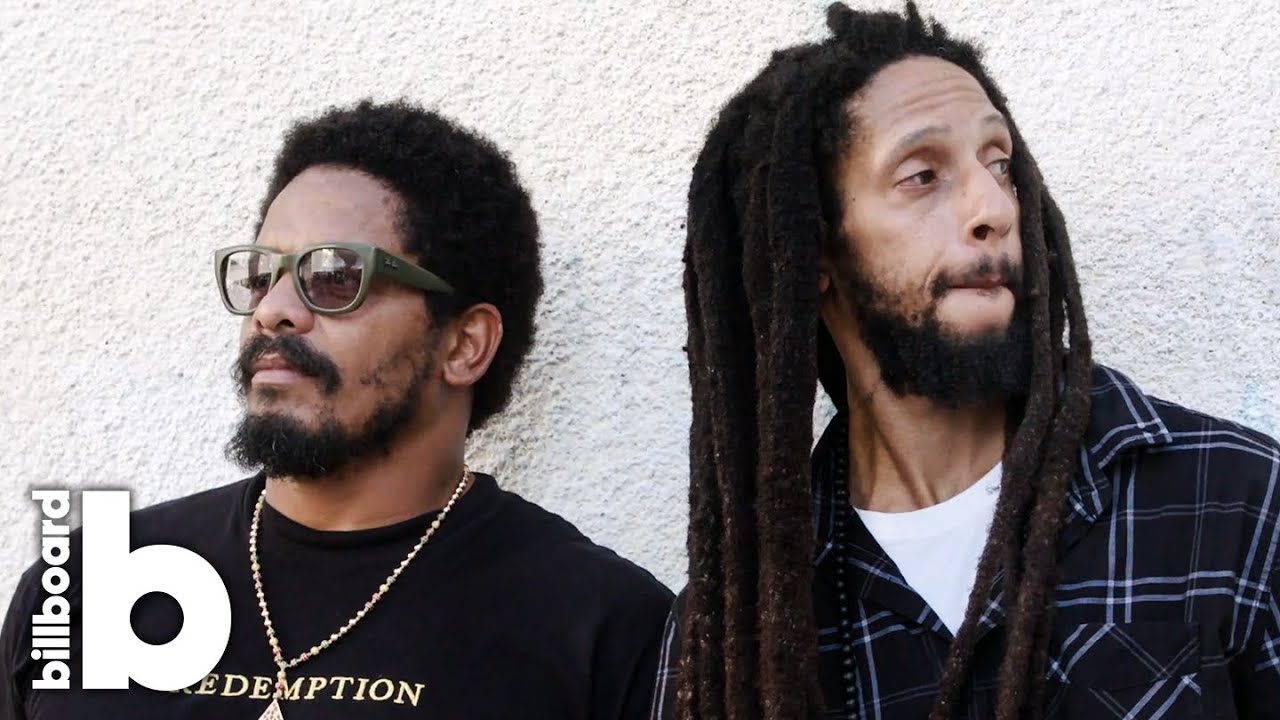 Way back when the Tuff Gong plant was fully operational a rare vinyl box set of the Songs Of Freedom Set was pressed there, I managed to secure a copy, most of the record in the set were so badly pressed as to be unplayable.

I might be inclined to buy a copy just to support the venture in JA. In all honesty though I dont think it’s going to be something quite special. First time on vinyl, yes, but it’s not a rare recording. The “original Jamaican mix” description is a bit misleading, it’s very good and once heard to my ears no going back to the overdubbed original release, but there never really was an “original Jamaican mix” it was as I mentioned earlier prepared by Errol Brown in 2001 for the Deluxe Edition.

I was aware it was being refurbished not newly built which is great news regardless but my buying it has nothing to do with it being pressed in JA I’m just interested to hear the original mix.
I don’t own a CD player so can’t buy the CD copy.
I own many JA pressed records and almost all sound inferior I’ve even bought some with bit of old label in the vinyl.

Vinyl always has and is my preferred source. However Jamaican Music is my first love and I was always frustrated with the pressing of JA vinyl, so when CD’s started coming out music from Jamaica was/is the one genre where I tend to prefer it on CD. A bit ironic really considering JA used to press literally hundreds of different 7" records every week, many becoming rare and in demand by collectors within days of release. These records of course, apart from specialist import shops like Dub Vendor were really only intended for the local market.
Maybe with Universal Music’s involvement distributing the JA pressing for an international market they might get Tuff Gong to up their game.
If you dont have a CD or Streaming player the JA pressing might be the only show in town, for now

Yes it’s frustrating the quality of JA pressed vinyl although Greensleeves, Jet Star and of course Virgin amongst other US and European distributors did reproduce some of the more commercial Reggae to a better standard.
I do have a streamer but not the ability to rip CD’s anymore so if you know of any direct streams of the original CAF mix I’d be grateful.

I could suggest if you have access to a streamer and maybe a free trial to Qobuz or Tidal you could hear it there on the Deluxe Edition and it wont cost you anything initially.