Boost your Internet speed by fitting an ADSL plate?

Not sure if this is something everyone knows except me, but I only learnt about this via a My Mate Vince video. Basically the idea is that you replace your BT faceplate on your master socket with an ADSL Faceplate. The ADSL Faceplate has a Phone socket and an ADSL socket on it for your router. The wire to all your phone extensions in the house just need to be moved from the old faceplate to the new one.

2 reasons for doing this

These faceplates are under a tenner, and I just fitted mine in just over 10 minutes. Result was my broadband connection went from 75.9/12 connection to 78.4/20. I did not reboot my router, although its possible it needs a few hours to settle down, so will let you know if it changes. I’d be interested to know if others have tried this, and the results such as has it made any streaming improvements. 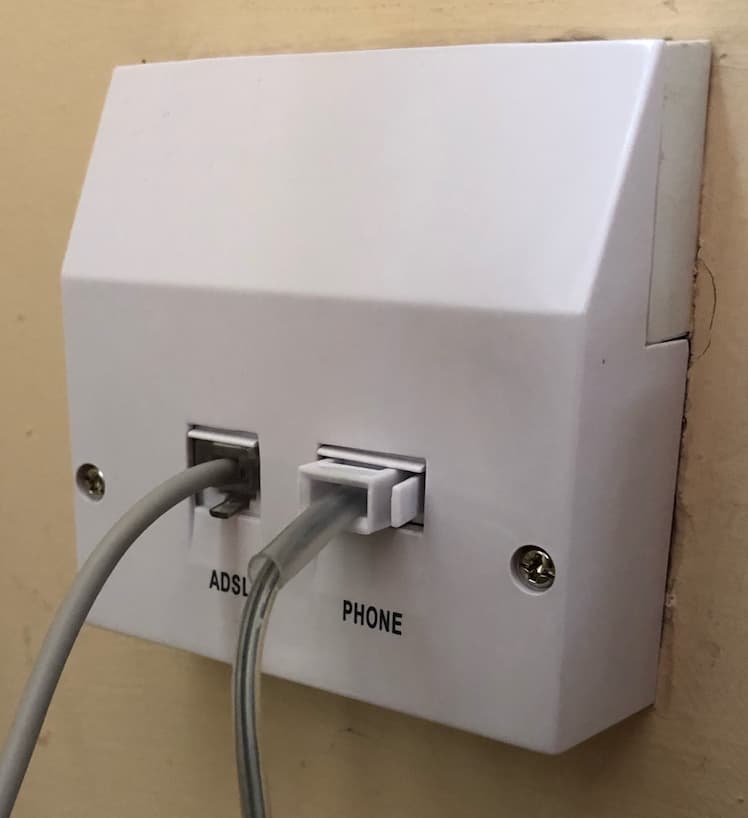 I fitted one of these years ago when we moved from ADSL Max to ADSL2+ as the higher frequencies involved were making the connection unstable. This was long before I started streaming but fitting the faceplate really did help stabilize the line. We’re still on ADSL2+ but I didn’t realise they could make a difference with fibre to the cabinet products. We’re due to get fibre to the home in the summer, fingers crossed, so when that happens the old socket and faceplate will be redundant.

I wonder if removing and reattaching the current plate would have a similar impact, just from the cleaning effect of this on the contacts? Maybe someone more knowledgeable could let us know their view.

I suspect the biggest gains will be if you do have extensions around the house, whether you use them or not. If you have no extensions, then probably no difference.

(Incidentally still running at the improved 78.4/20)

If you have one of the newer nte5c faceplates, the phone and addl sockets are already split, and the filters are no longer needed.
What seemed to make a difference to me was a decent rg11 cable to go between socket and router.

My faceplate was the older type. Regarding the cable, Vince says to replace the flat free model cable that comes with the router with a decent one. My TalkTalk one is round, but may look at getting a better one at some point

That is basically it. Extension wiring around the house just acts as a great big aerial to interfere with the ADSL signal. No extension wiring and it probably makes no difference

Another thing is that the ADSL filters can degrade significantly over time, either within a faceplate or an adapter - my internet speeds dropped significantly a few years ago and a new ADSL filter put things back to normal plus some!

So true, extensions, especially unused unconnected extensions make a mess of broadband performance.
Back in 2014 I had BT change my old by the front door hallway entry point to a location were I wanted the phone & broadband hub located.
The engineer ripped out the 5 extension outlets on the two phone lines previously used for business, fax & telex.
The broadband became a different animal, stable with no drop outs and a line ‘speed’ improvement to almost what BT said it would do. if I recall a heady 10mb/s as it was in those days

I suppose this is why they have the master socket direct connection that gets used in testing to eliminate house wiring - they must get a lot of issues. I do like their thinking on this, simple and effective.

That might be the issue I have. I used to get 16Mb speeds but now it tops out at a 13Mb connection despite the line stats not really having changed. A 3Mb drop might not sound like a lot but that’s 20% of the speed I used to have. But as we’re slated to have full fibre to the home in the summer it is hardly worth the bother of changing to a new faceplate now.

If you can do without your phone extensions for a while, the easiest test it to take the faceplate off and plug your ADSL filter directly into the master socket, and see what your broadband speed settles on over a few hours

Open reach fitted one of the split faceplates as the extension wiring was causing data errors. I also use a cat5e cable and have fitted a dsl plug to it which goes straight into the router.

That was good of them. In my experience they usually ignore your issues if they are internal, or they charge you

(Incidentally still running at the improved 78.4/20, so think those values are here to stay

So this double socket thing is now standard. 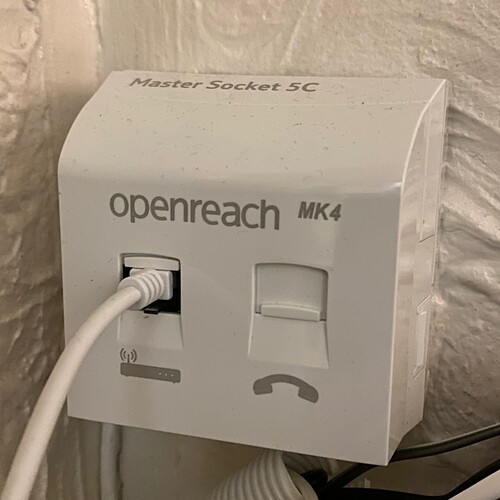 Not had ADSL for about 7 years. But yes when I fitted a proper plate to the socket and stopped using the filters it improved massively for bandwidth and reliability.