I am really a whiskey fan but fancy getting myself a bottle of brandy for the festive season.

Can anyone recommend one that’s good but not crazy pricey.

I tend towards a small brandy most evenings and find the Spanish ‘Soberano’ extremely palatable. It’s relatively inexpensive (not ‘snobby’).

If you don’t mind me suggesting an Armagnac? Waitrose own is a gem.

Every time someone mentions brandy I think of this:

It may help if you define what is crazy pricing to you - maybe a ceiling price for a bottle. In my experience a good brandy tends to cost more than a good malt whisky,

I’ll stick with the whiskey then!

Arguably greater range of flavours, and according to some sources possibly fewer hangovers due to the different congeners… But I am tginking primarily of Scotch malt whisky, not being so familiar with tge Irish variety, whiskey with an e!

Remember that whiskey with an e is the Irish, whereas Scotch is whisky. For a nice cognac, Rémy Martin VSOP is pretty good and can often be found on offer in the supermarket. Well, Waitrose anyway. A lot of bog standard brandy, rather than Cognac, can be pretty rough.

I prefer Armagnac to brandy so have a look in that direction. However, my favourites are the premium Spanish brandies (which compared to single malts are very reasonable). My favourites are Cardinal Mendoza, Carlos I (known as Carlos Primero) and Lepanto. Great drinks and fabulous VFM

I always liked 5 star Metaxa from Greece, perhaps happy memories…but never gets much of a mention.

Bizarrely they actually do a 7 star version!

But i prefer the 5 star…

With Cognac, RM VSOP is about the cheapest I have ever drunk that is palatable, but the XOs and higher are noticeably better, Hennessy XO I think better than Remy Martin XO. Hennessy Paradis is sublime - but I’ve only drunk twice in restaurants as too expensive to buy a bottle. Best one I’ve ever tasted is Louis XIII which is about £2k a bottle - fortunately I wasn’t paying! One that I felt was better tasting than expected for its cost compared to others is Baron Otard Extra 1795, which I bought on offer passing through an airport a couple of years ago for something like £200. However, Aldi has had some very respectable cognacs release round about Xmas in the past few years: there was a 40 year old, and a 32 year old, for remarkably low cost around the £30-50 region, and as good as or better than many a name brand at two or three time the price - I wouldn’t hesitate to buy ones of that ilk from Aldi if I was lucky enough to catch them.

I used to favour cognac over malt whisky, but the cost of good cognac makes it too expensive for more than the very occasional tipple, and I now only buy a bottle when I see something special on offer, maybe once in a year or two, and it lasts a few years (currently a choice of 3 in the cupboard, though two nearly gone) whereas I get through a fair few bottles of malt in a year.

I don’t know armagnac very well at all, but recently had a nice one that cost about £70 that I would say was on a par with cognac costing over £100. I am tempted to try others some time.

Here’s the one I mentioned. Most enjoyable. 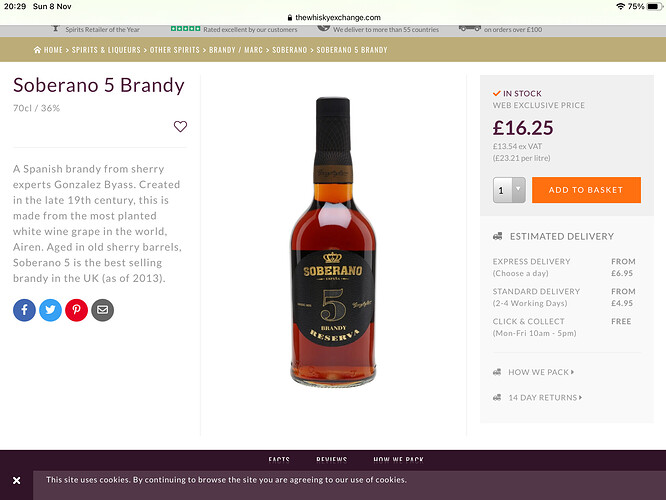 This is my favourite “brandy” at the moment

Yes, yes, yes I know … this isn’t brandy. But for festive seasons, or cold nasty weather there is nothing better than Pusser’s Gunpowder proof. Sipped neat.

Preferably with a copy of one of Patrick O’Brian’s books and a roaring log fire. 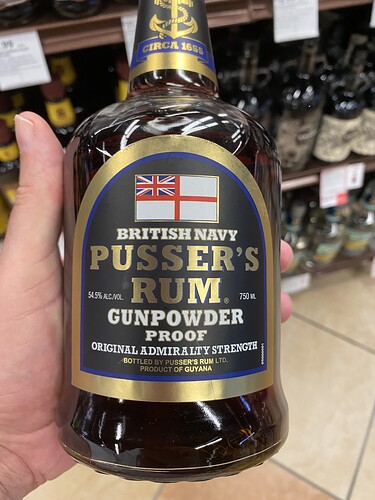 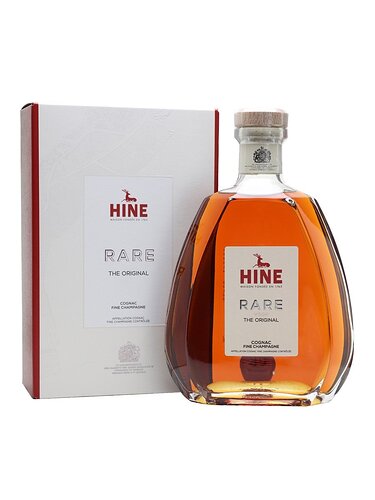 If you don’t mind me suggesting an Armagnac? Waitrose own is a gem. 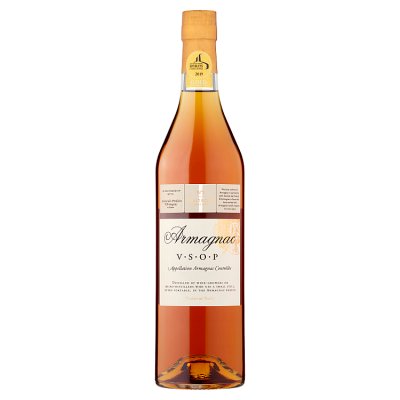 I prefer a Greek Metaxa over brandy and like brandy you can get different qualities from reasonably priced to extremely xhorbitant.