Came across this article today, fascinating…. 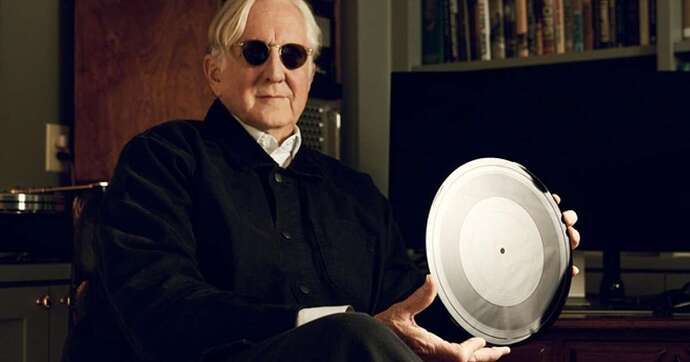 It doesn’t mention how to play this format, assume it’s the same as vinyl?

“This painting, however, has the additional quality of containing that music, which can be heard by putting a stylus into the spiral and spinning it.”

Interesting all the same, ta for posting, wonder if we’ll hear anything more about it!

The world just got a new analogue music format. Will it succeed or fail? -...

The last time we saw a significant advance in analogue music reproduction technology was the introduction of the vinyl record in 1948. Now there's something new.

Maybe this will be the answer to all those dodgy vinyl discs. Seems that T Bone Burnet is working on a format that combines the benefits of vinyl and CD. Ionic Original claims to offer master disc quality using an alloy based disc similar to an LP that’s spun and read with a stylus. I’ve seen nothing so far that indicates whether existing TTs will read this format, but Bob Dylan has recorded songs on the format. Maybe another bright idea like Betamax that will go nowhere. We shall see.

Laserdisc used analogue audio encoded on disc for laser pickup. It was FM modulated. But it looked like a CD and a record and you could argue it combined the two technologies. However, as a format it predated CD by a couple decades.

I had a couple hundred back in the 90s.

Just came across this article. Better than any other format says Burnett.

May have been dreaming but I think this was posted the other day in Music area.

Laserdisc used analogue audio encoded on disc for laser pickup. It was FM modulated. But it looked like a CD and a record and you could argue it combined the two technologies. However, as a format it predated CD by a couple decades. I had a couple hundred back in the 90s.

It’s bizarre how much attention he got for this. I’m terribly annoyed by all superlatives used, it seems to be the American way to sell things.

I was about to post saying this is the second, having seen Breakthrough in analog sound reproduction, but not realising it is the third!

Maybe @Richard.Dane can combine the threads.

Thanks @Richard.Dane for combining the threads!

Will keep my eye on this and how the released format is taken up. Interesting that in some of the articles it mentions major record labels being involved. Also of interest that Bob Dylan recently sold all his music rights and is now investing in a new format (call me cynical😉)

there is no point in this format, since all recording is done digitally now

the invention of the chord hugo made vinyl redundant for me anyway. I stopped buying Vinyl after I heard the Chord Hugo in my system

Good point @Analogmusic , however it says in one of the articles that Dylan re-recorded music for the format, which implies it will only be for new music, or maybe existing analog recordings. 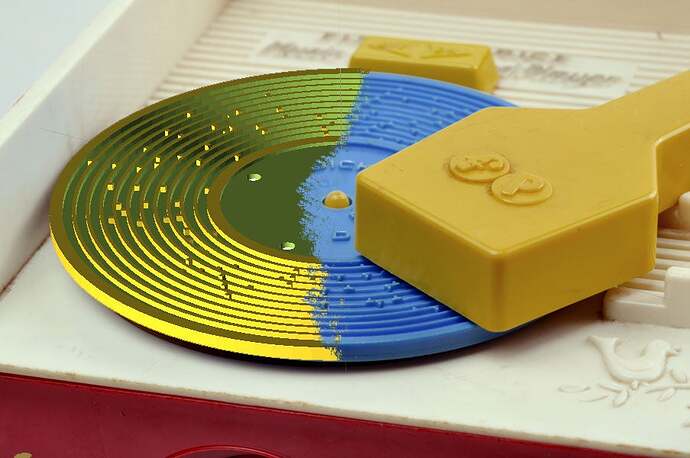 3D Printing Records for a Fisher Price Toy Record Player: A little while ago I stumbled across an old toy record player made by Fisher Price in the 1970s, and decided that what it really needed was some new tunes. I got thinking about it, reverse...

This is what everyone should be interested in as the next analog format.

@TOBYJUG, interesting article although I think the source will ultimately limit the quality

More detail in this article….

In a press release today first reported by Variety of all places, record producer and analog advocate T-Bone Burnett announced that he's just completed a special recording session with Bob Dylan that will be released in a new analog format he calls...

If I read between the lines, this appears to be single disc capture of an analog recording, which maybe could be used by record companies as an archive alternative source to tape…

How the record company distributes could therefore still be vinyl format, or transfer to digital (I guess).

Still an interesting concept however, time will be the revelator on how it progresses.