I would like to buy it , just for fun. As it makes a nice decorating and gives funny colours, specially on Christmas.
The turntable contains a kaleidoscope range of leds. So it constantly changes colours when playing music.
If you are a grand child like me, you will find it cool. But would however not drop 3k for it, its asking price. 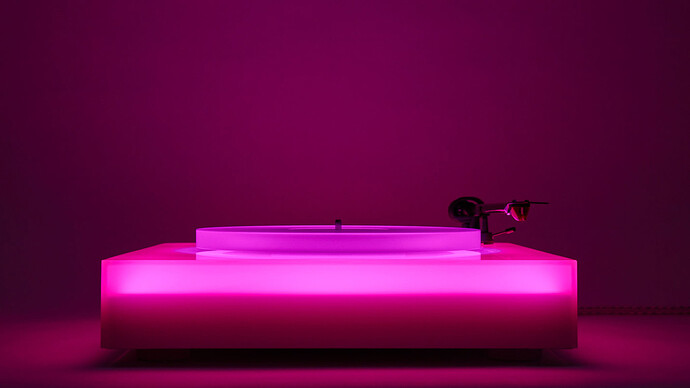 Only 50 copies signed by Brian ENO.

GBP 24k asking price.
Or a Solstice, with change for 8k’s worth of fancy LED lighting…

This is more a work of art than a serious high-end TT. I suspect they will be snapped up, put on display and sold on in a couple of years for a vast profit.

Personally, I would spend the money on a top-spec LP12.

You are right. Incredible! I checked again, really 24 k. 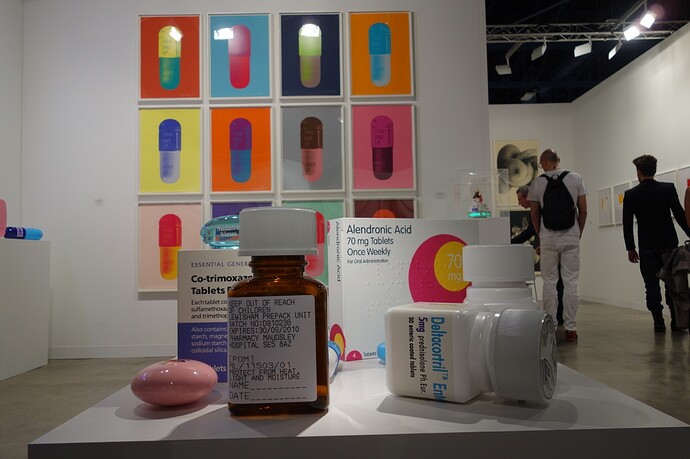 The depressive artist’s take on Marilyn or Campbell’s Soup. Warhol family should sue…

I’d rather have some Joy Division oven gloves.

If that’s the best this particular artist can do, looks like their fifteen minutes is almost up.

I think Brian Eno has done enough for music.
Edit: oh you were speaking about the pill boxes and Hirst? Apologies

Yes, it was indeed Damien Hirst 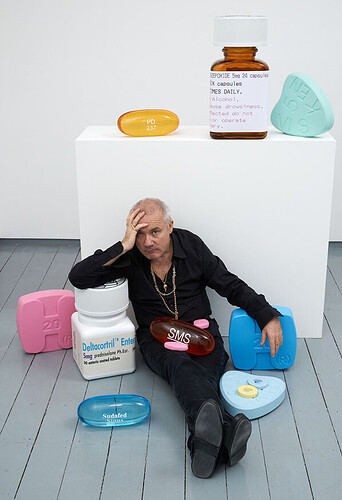 I remember going to an art fair in London a good few years ago and one of the things for sale was a string of apples on a bit of string. I got talking to the artist and he said it was 10k GBP … I said what happens after a couple of weeks when the apples start to rot, his response was “that’s the beauty of it, the owner can replace them how they want”. Perhaps I am a philistine but that went over my head a bit …

Maybe it’s easier to buy an add on LED solution and clad the LP12? Could be an idea to send to Linn. As long as you don’t have to buy a maxed out LP12 to go with it 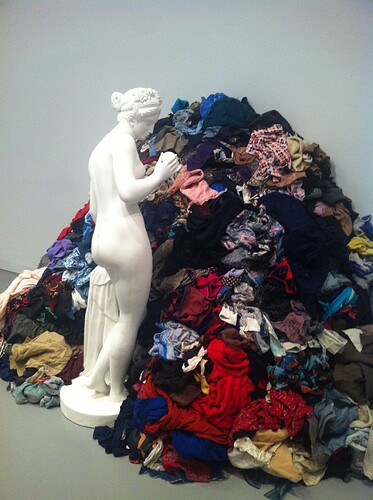 There’s quite a bit more to it than that. Duchamp was possibly the most intelligent, and certainly the most thoughtful, artist of the 20th century. He was also a brilliant and technically gifted painter (and I don’t just mean stuff like Nude Descending A Staircase either). Wankers like Hirst and most other contemporary artists aren’t fit to clean his boots.

I really like the Eno Turntable by the way – it looks lovely.

It should be an acrylic Lp12 then, to let the lights go through. Would be easier with a Clearaudio.

It should be an acrylic

For £24k you could get a Vertere SG-1 turntable in acrylic, SG-1 arm and a serious cartridge. That would look amazing with LEDs.

‘‘It should be an acrylic Lp12 then, to let the lights go through’’

I already sense someone has new ideas for LP12 plinthes

Anyone ever tried or seen an acrylic plinth on an LP12?

Might be interesting…. Not sure on the sonic bit though

Sure, which was an interesting comment and insight in the 1920ies when done the first time

And Duchamp was a giant in so many ways