David, I used to love combining Lego with Meccano … our house used to be a top a slope, and my bedroom in the attic… this made a great aerial cable car station… structural strength and pulleys with Meccano and everything else with to do with the cable car and stations with Lego… my brothers down below in the garden used to fire projectiles to try and bring the cable car down… all good fun… if not totally harmless.

The only downside with Meccano was it was a PITA to disassemble.

It was Erector Set here in the states. 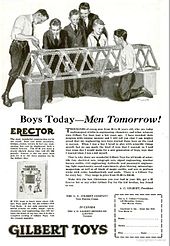 Erector Set (trademark styled as "ERECTOR") was a brand of metal toy construction sets which were originally patented by Alfred Carlton Gilbert and first sold by his company, the Mysto Manufacturing Company of New Haven, Connecticut in 1913. In 1916, the company was reorganized as the A.C. Gilbert Company. The brand continued its independent existence under various corporate ownerships until 2000, when Meccano bought the Erector brand and consolidated its worldwide marketing with its own brand... 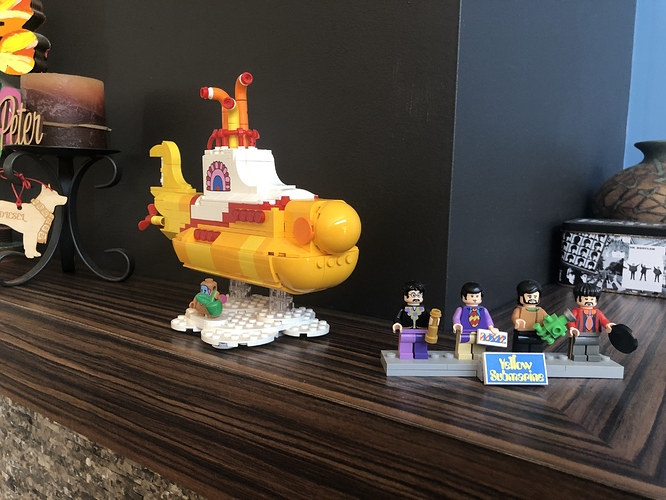 I’m scared to touch it as it’ll take me weeks to put it back together and I’ll probably lose a piece.

Nearly a weeks work on and off. Maybe a total of 12 hrs or so. 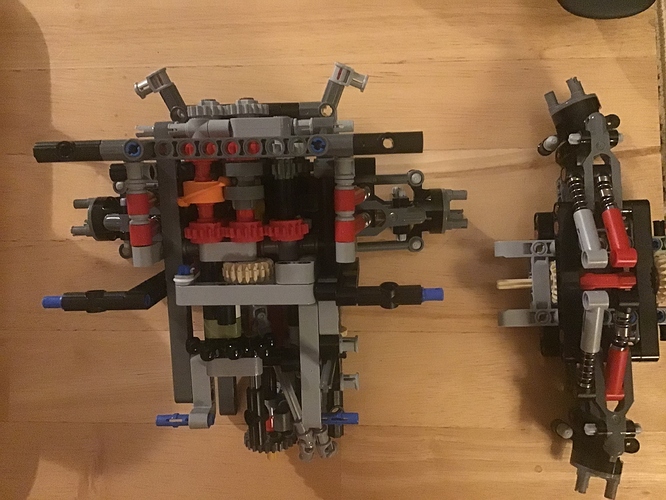 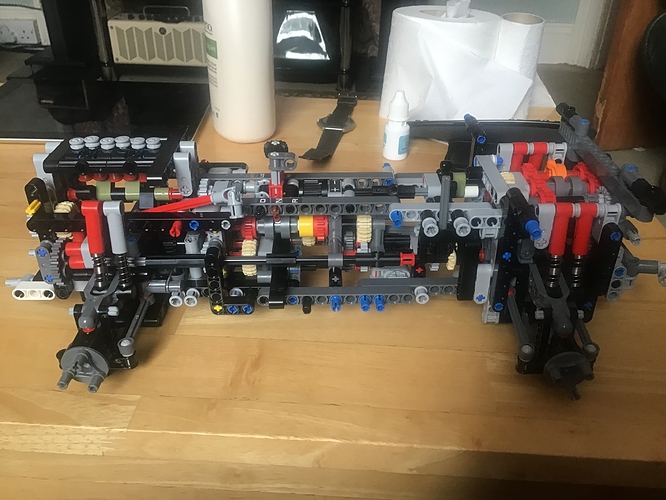 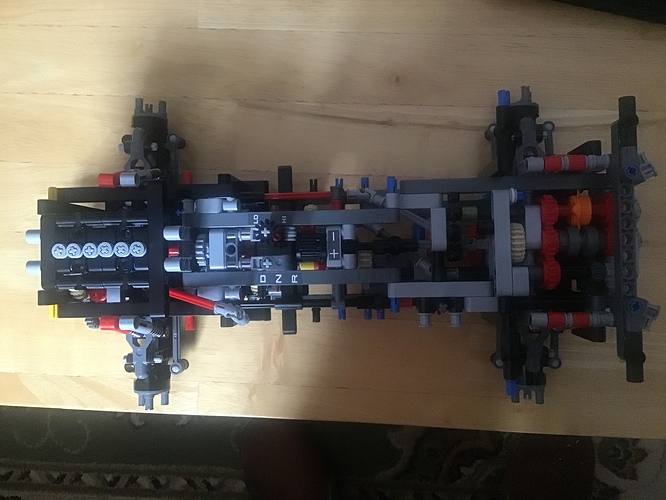 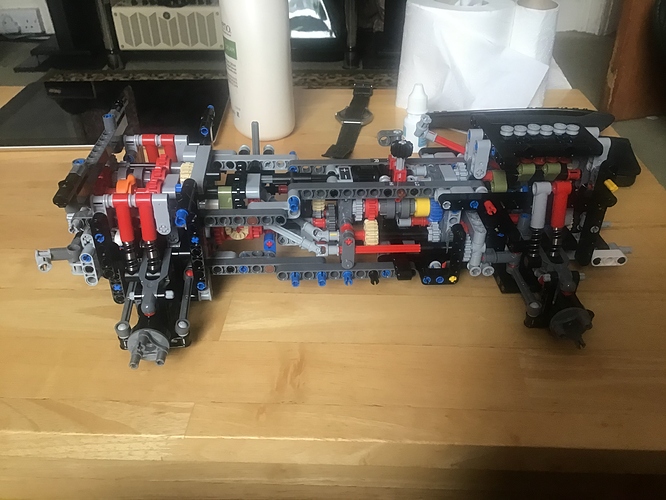 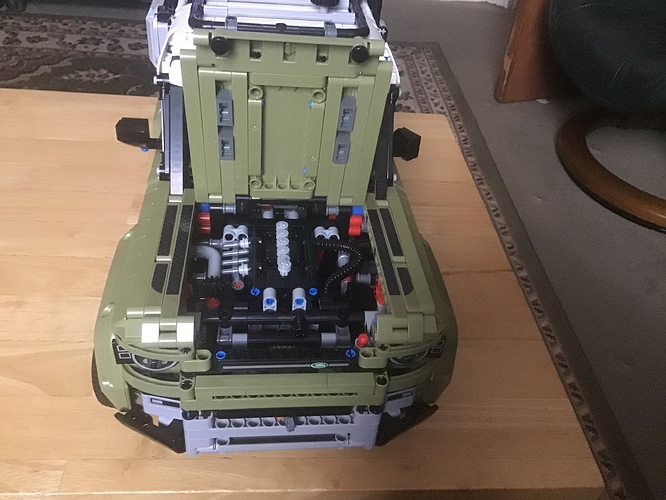 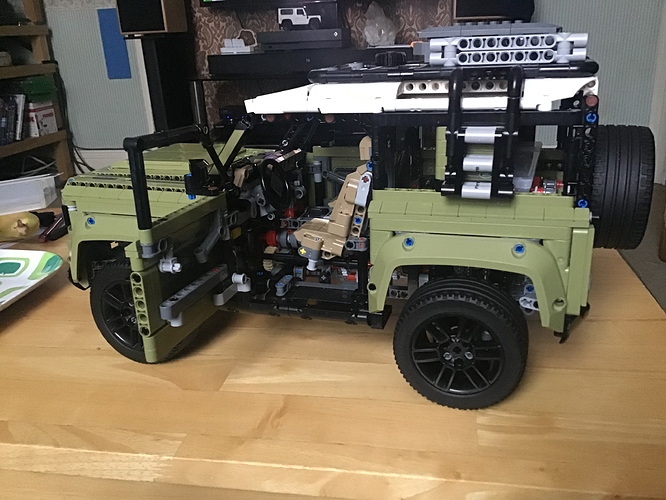 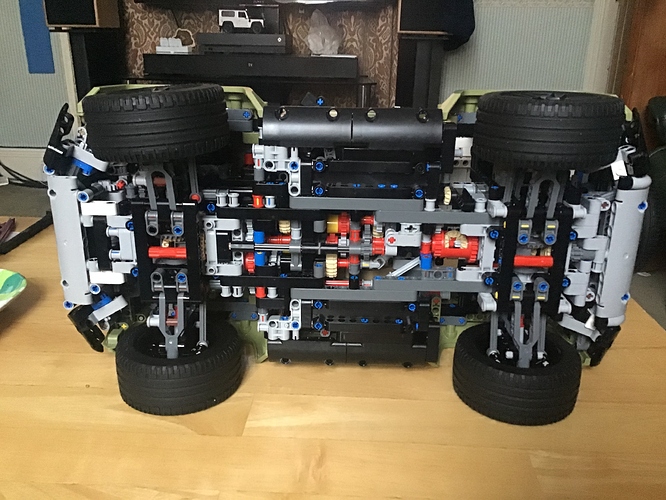 Last Xmas I got the Yellow Submarine, and the Hogwarts Express.

I think Saturn 5 might be on the list for this year, although that Land Rover looks good.

My parent did the same thing with my Meccano. I will never forgive my mother for that and having my brother. 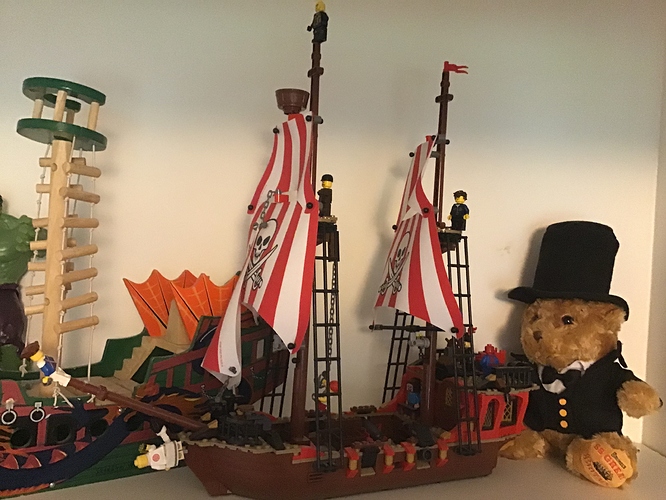 My nine year old grandson who has all sorts of learning issues including basic reading and writing built this pirate ship all by himself last year. There was a hiatus when I found him sobbing as he couldn’t get the mast built. Transpires that one fundamental piece was missing and once we reordered it he had the thing built in a couple of days.

Take it from me, it isn’t. Theres over 2500 bits in there somewhere. 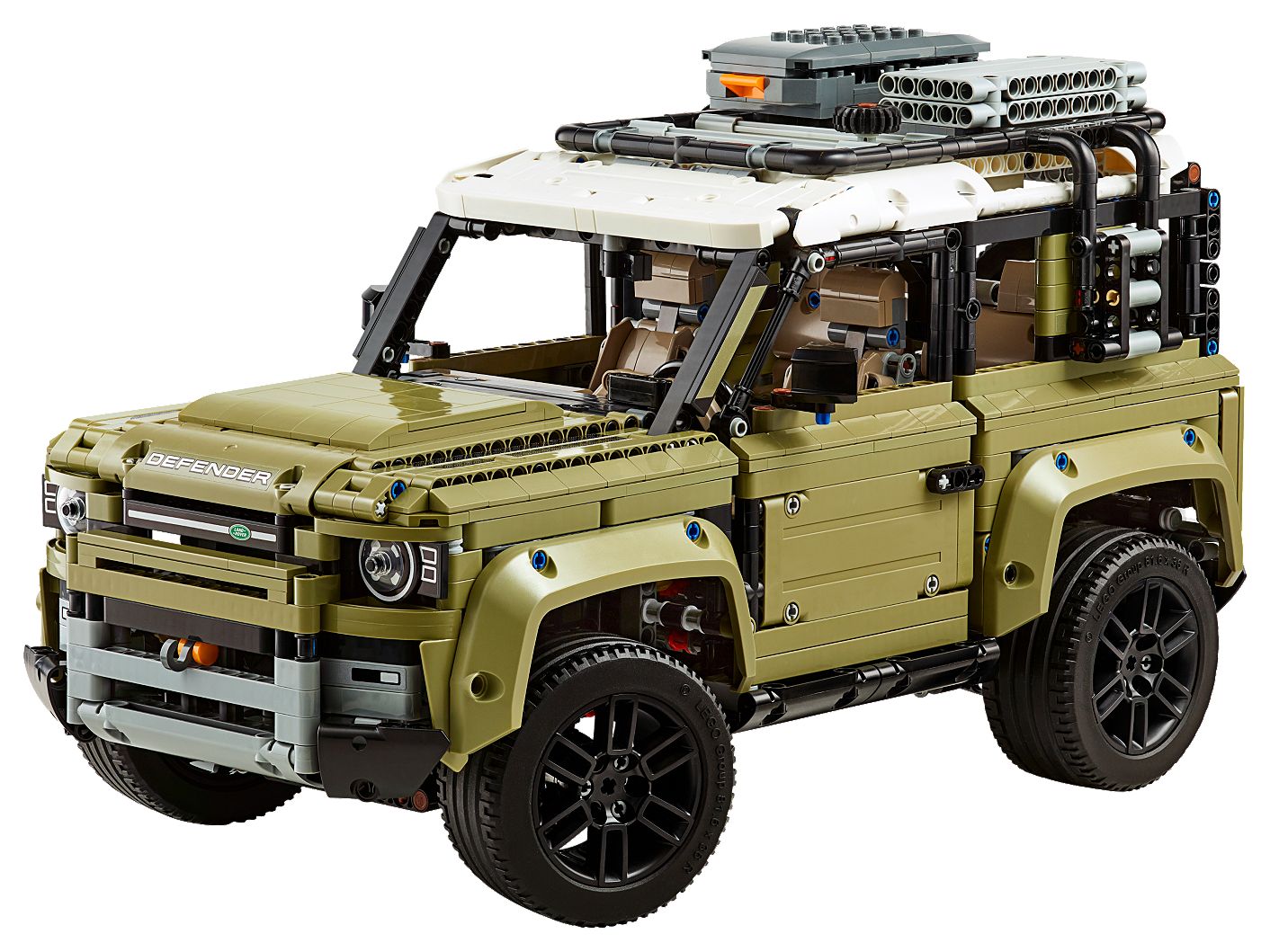 I like the look of the Landrover.
I have a Bugatti Chiron , Tower Bridge and Saturn V to build in my old age.
Just started back into lego in past few years after a break of 40 odd years.

Do you know that they built a functional 1:1 LEGO Bugatti? It’s on display at the Volkswagen Autostadt museum.
I have a few pictures somewhere and shall post them. Otherwise google might help.

Last winger John Lewis in Cambridge had a full size static model of the car in store. My wife’s grandson was ‘surprised’ that the box of bits did not build the full size car. I was more concerned that he seemed to completely lack any spatial awareness, but he obviously carries a big penalty in his genes from his grandmother and mother.

You lot must of lived charmed lives as children, when i were a young lass we were given the most basic Lego kits to play with, they came with too few; building bricks, roof tiles, doors and windows, never enough pieces to actually build a complete house. All my half built architectural design efforts were left looking decisively derelict and uninhabitable.

Poor kids are so much luckier these days, a complete derelict house can now be acquired from Lego: 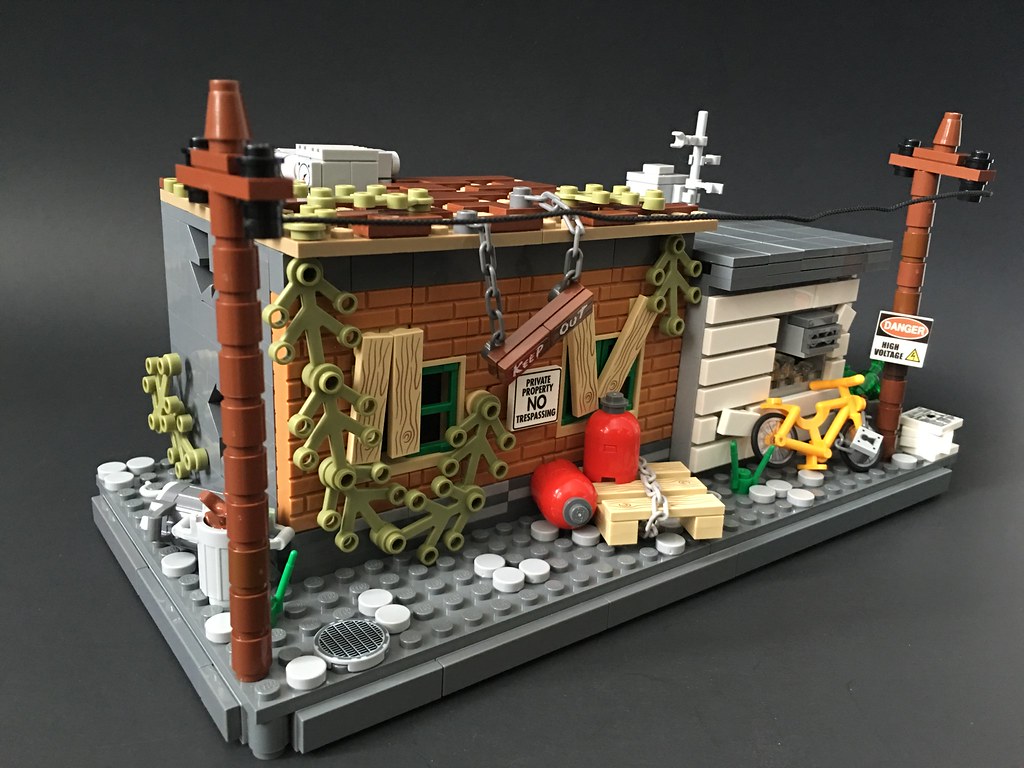 I suspect this one is now too… 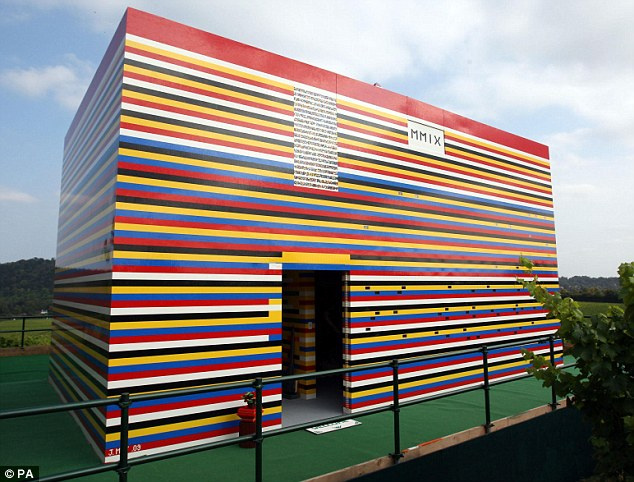 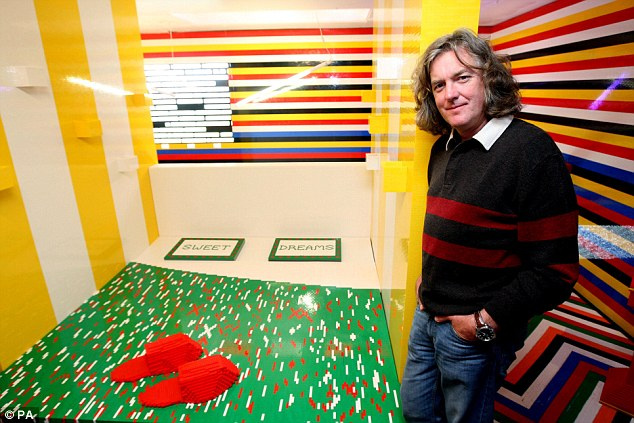 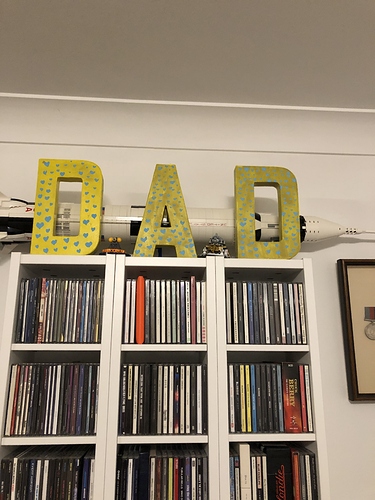 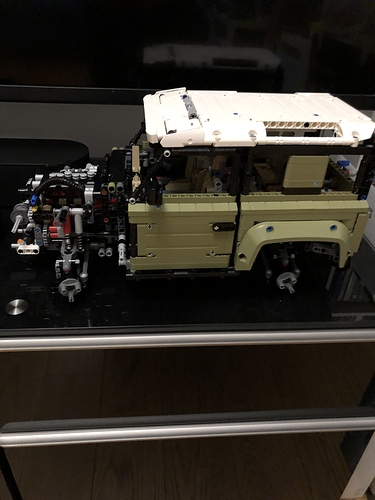 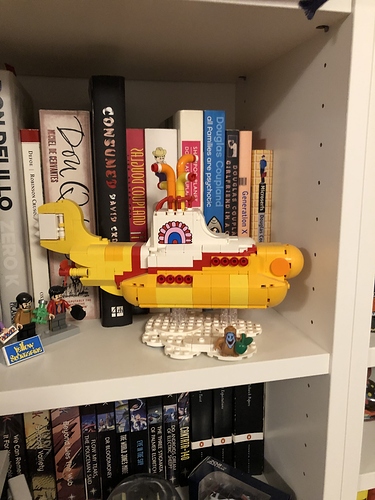 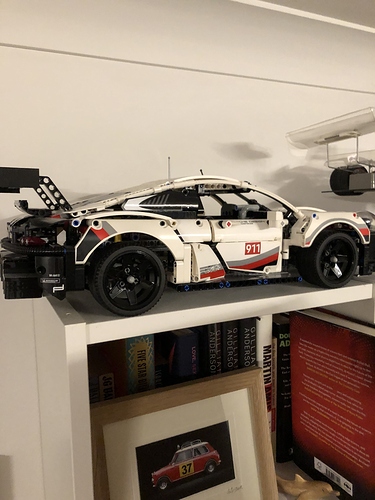 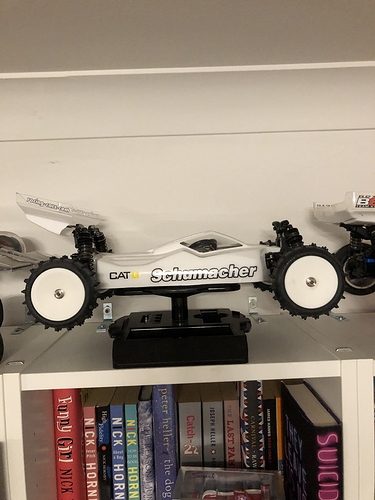 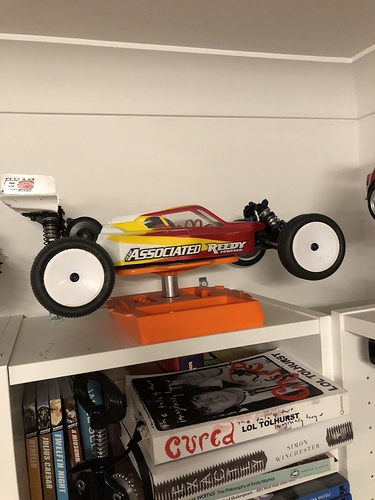 I am a bit of a Lego fiend as well, how my defender sits so far, built Saturn rocket, yellow submarine and gt3. Another hobby of mine is RC cars, the white one is a Schumacher cat l1 which is 4wd and the red/yellow/white one is a term associated rc10 which is 2wd. I also buy old (1980’s) ex cars and restore them for a bit of fun.

Don’t post much now since I think I have my end-system (until my US goes) but just had to reply to this one :smiley and describe my experiences:
I was a great lego, model and meccano builder in my youth and now I’m retired really wanted to get into this again for something to do with my hands … only problem is I’m blind

Tried a meccano set but that was no go and my grand-daughters Lego showed me that their instructions are all visual diagrams so no use to me either.
Then I found the website legofortheblind.com created by an enthusiast who was also blind but had (with help) created instructions in text so that my PC can read them with my screen reader, oh joy!

As usual for me, I was going to dive straight in with Tower Bridge (a biggie!) but luckily the second file of instructions didn’t download which left time for my kids to tell me I was stupid and should start smaller … my only excuse was I was excited!

So I got a starfighter set (only 97 pieces) and downloaded the instructions; great start and away I went until I got to a stage where I knew it just wasn’t right.
The downloaded instructions are almost, but not quite, good enough so now I’m going through them with my daughter (40 year old!) and revising them to be (I hope) a bit more explicit. We are both enjoying the experience but it is slow going … look at your lego diagrams and try imagining how to first of all describe the pieces, and then describe where to put them! When, or if, I finish this one I will pass it on to the website.

Lego themselves have identified that the instructions should be more accessible and have started a pilot project at legoaudioinstructions.com but unfortunately they focus on models that are aimed at introducing blind kids to Lego (quite rightly) and don’t have any model instructions I would be interested in, but I live in hope.

We gave my son-in-law the Porsche technics collectible for his Xmas last year but he hasn’t had time to start it yet; I challenged him to create text instructions as he went along but I think this might not happen.

I don’t suppose any of you have text instructions, just a thought?

I can’t help you with your specific request but I thought I would mention that next year Lego are introducing braille bricks for visually impaired children, which should be a good way forward for the next generation of builders. 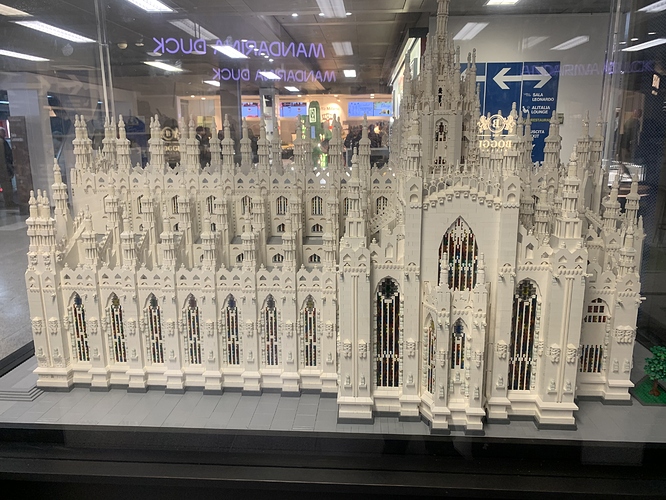 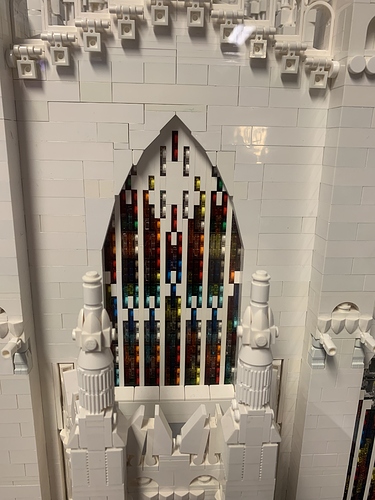 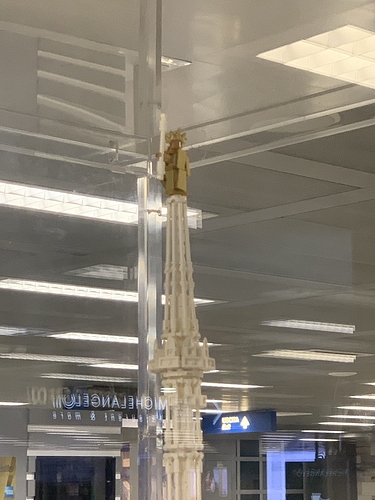 Oh wow! Where is that? Italy, somewhere?

Duomo di Milano. You can see it in Milan Linate airport departure floor