I am not and probably never will be in a position to have to address the ‘keep the bundy off the floor’ dilemma.

The question that pops up in my mind is…
In a similar manner to NACA5 needing to be at least 3.5m long.

Is the length of the bundy critical to its performance?
If not why is it so long?
I read frequently about fabulous systems upgrades, brain brawn stacks of various heights, where the user can’t get the damn thing off the floor.

Just a curious idling of an insomniac mind😃

We know, or have been told/ discussed here many times why naca5 is the length it is. It’s part of the traditional amplifier design. Adding impedance via the cable rather than in the power amps circuit.
My only burndy is from an xpsdr to my ndx2. And even though the two are side by side by side on my rack, the cable is too long by some measure. I loop it, making sure it touches nothing else. Does it make any difference, I doubt it. It only carries dc.
Others may come up with its length being a design requirement. I expect it is just a nominal length.

The length of Burndy allows you to place the head unit and PSU side by side on adjacent racks without placing stress on the cable or connectors.

If length isn’t critical, then just think of the reduced complaints Naim would have if they just did it in two sizes. It comes up so often on this Forum.
I wonder if the additional manufacturings cost of a shorter cable would be that high, or even less using less cable.

It may very well be that like the SNAICs, the Burndy was designed to be a particular length. I recall during my time at Naim that there were sometimes special requests for longer or shorter Burndy cables and SNAICs and Naim were reluctant to do them as there would be a performance penalty.

I have a similar issue, having just purchased a pre loved XPS 2 to power my Ndac with both boxes being on the same rack and the Burndy is way too long, I’m not sure how I’m going to achieve the none stressed and the not touching anything else installation everybody says is optimal for this cable as the cable management at the back of the rack is a bit of a rats nest due to lack of space and a shorter cable would definitely help.
It would be interesting to hear if the Burndy installation is as critical when the cable is only carrying power ? 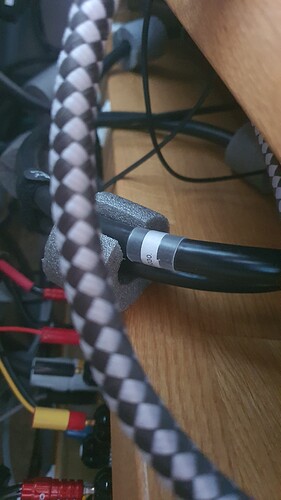 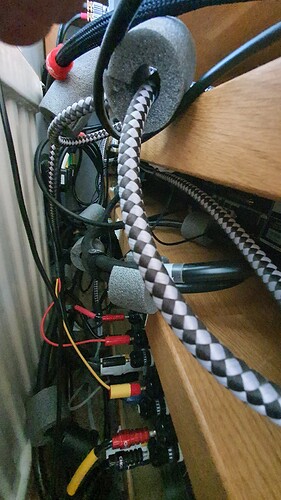 Fully understand that Naim wouldn’t want to drop on quality, although with different cable materials, I wonder if the same sound quality (or better) can now be achieved with a shorter cable.