Can anybody identify this tonearm?

The winner gets a pair of Chuck Norris Action Jeans. 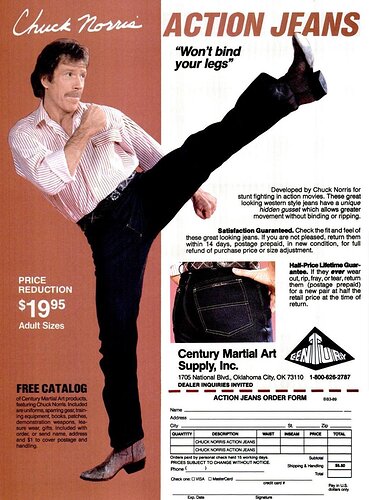 Is this a competition to see who is the dullest person from Dullsville? Is there a prize?

You do realise that everytime you answer question on the forum, I will be reminding people just how dull you are.

There is a fine line between helpful and plain dull though! I am pretty dull it has to be said but all three items remain a mystery. Well not the first one as dullard James has identified it. Signs of excessive fantasising over HiFi Answers no doubt.

When you mentioned Decca London, one of the variants I found was London Decca Gold. But as you pointed out the mounting is not the same. 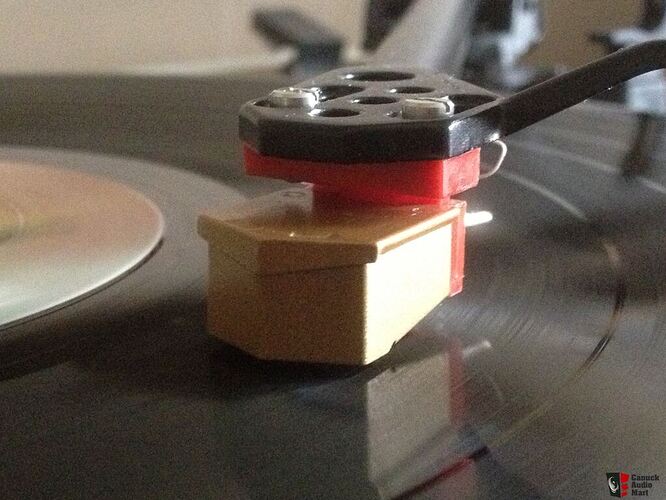 What’s the matter with you today. Are your underpants too tight.

The Moerch UP4 arm can take a selection of different weight arm wands which make it quite versatile, with a Decca I’d expect one of the heavier ones is fitted. Pre Roksan Nima it was the poor man’s Aro, but not that poor.
Worth asking for details.

Maybe if I show you my pants you can guess where I bought them.

What’s the wgite square on the left one?

Any pictures of the back?

But as you pointed out the mounting is not the same.

It appears to be a modified Decca Grey (non-standard mount by the look) in an ADC Magnesium headshell.

It’s worth finding out some more about the Decca. If it’s been modded by the Garrott Brothers then it might be rather good.

Is this a competition to see who is the dullest person from Dullsville? Is there a prize?

You’ve waited until now to ask that question? On this forum? What was it in particular about this thread that pushed you over the edge?

I don’t know why, but @anon4489532 made me quietly chuckle. Nothing to do with the thread though.

Rega RX series have that tweeter cage too…

Thanks to everybody for their input. (Even Nigel

The arm and cartridges where part of an auction lot that also included a rosewood koetso. 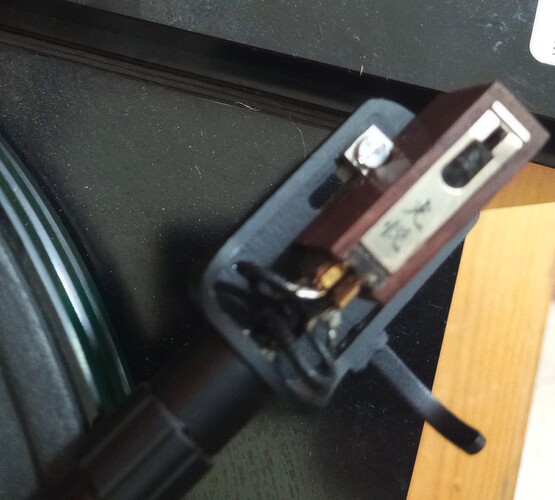 I bailed out at £1500 payable, nothing could be described as very good condition, but somebody paid £3,000. 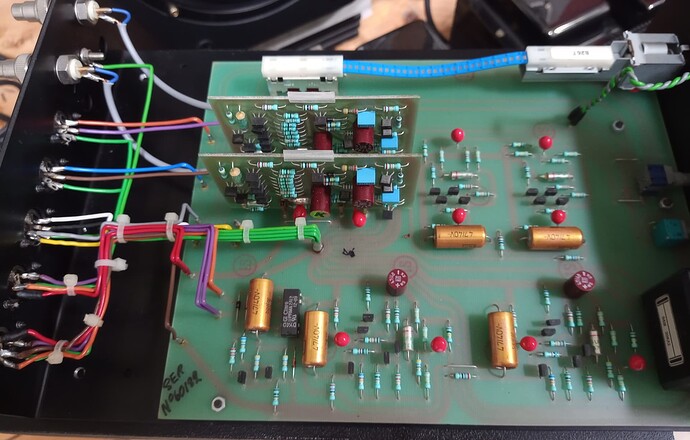 Without wishing to be a dullard here (yes, too much Hi-Fi Answers exposure at an impressionable age and a good distraction from the stresses of the day job) did you suss out the speakers ? The drivers look like Dayton Audio, so I’m wondering if they are kits ?

I’ve seen the speakers somewhere before but can’t quite put my finger on the name.

When I was in my teens I was the biggest hifi bore ever, and pored over my back copies of Hifi Answers, re-reading then goodness how many times. I had a couple of extremely dull questions answered too. I was at boarding school and such things helped to relieve the endless tedium. Those speakers have me foxed too. They certainly don’t look British.

I’m sure they aren’t, but something about them screams Mission at me. It’s probably just the white Seas drive unit.