Interested to know if anyone attended and got a listen to the DCS Lina system, I obviously have heard some great phones in my day but not through such a unit as Lina, interested to know how it sounds.
Also good to see a pic of my old mucker Doug Graham doing his stuff on the Chord stand.

Sadly not able to check out the DCS system queue was too long! good to get to any hifi show after all this time not very big and truth to tell not worth the 20GBP entry fee though it was mostly friendly im a long time Focal headphone user so tried all the flavors including the latest Utopias which were on show special for 2,989 not bad
another silly money item was Hi Fi Mans valve amp 45k thats with headphones of course! and a large Italian headphone amp 12k from Spirit audio their stand was best in show 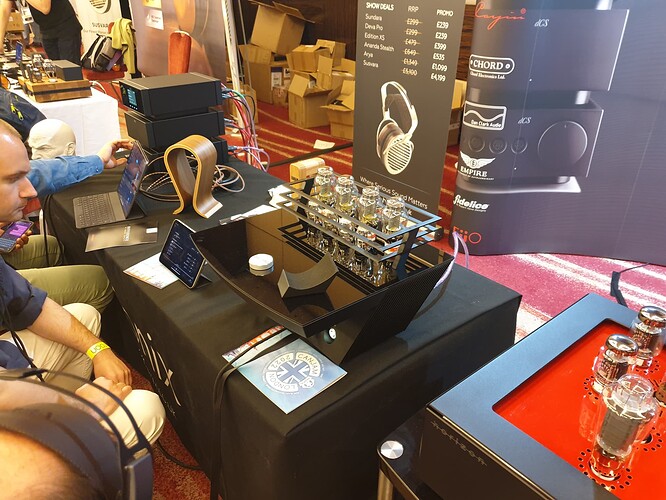 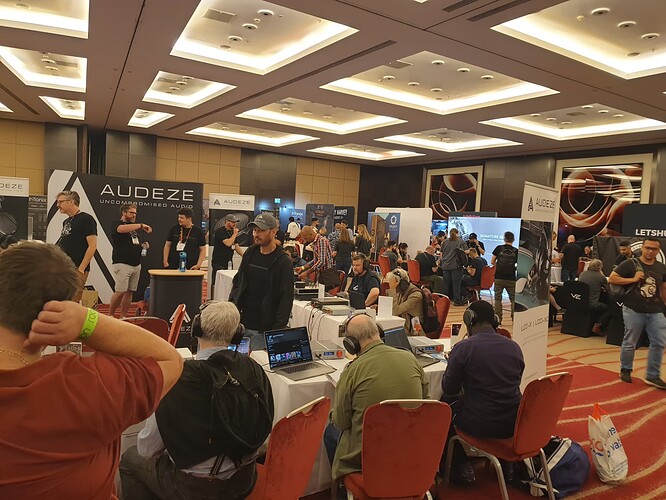 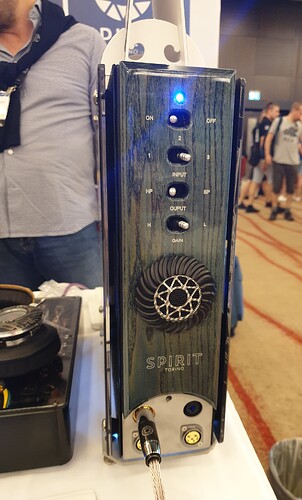 Thanks for that it looks quite well attended, I think canjams are now a fixture of the audio show circuit.

Yes just a pity Stax dont put in an appearance! they did when the show was held the in the Power Station in Chiswick(best headphone shows…ever) though i auditioned Audeze’s new CBRN electrostatics through a Stax amp not bad

I must admit I am out of touch as to what Stax is up to these days. As a naim fan we were always worried about the grounding of the transformer system.

I will have to try to make a canjam to see and have a listen to what’s new and catch up with friends.

Better hurry its on today(17th July) the next one is in NY!

Always been a big Stax fan would love a pair of electro statics but the price is a downer plus you have to fork out for an energizer truth be told their headphones dont look or feel very high end.at the show i did audition Audeze’s take on electrostatic a the CRBN(carbon!) yes they had a big soundstage(big price to 4.4k) plus the energizer the Hi Fi industry should wake up and smell the coffee we arent all Premiership footballers,Golfers or merchant bankers and the world is heading for the biggest recession in decades

Maybe NY it’s been a while:)