My ND5XS2 is connected directly to my TalkTalk routers ethernet port.
I recently put in a Netgear Orbi WiFi Mesh system, which my MacBook/iPhone is connected to.
From both Spotify and Tidal I now cannot see Chromecast options to the streamer. I guess this might because the Netgear sets up a net 10 address for its devices, so this is a different network to the net 192 router and streamer. However my Mesh connected iPhone/Macbook can always connect to my streamer via the Naim App.

I could of course just keep the streamer connected to the Netgear Mesh LAN port, but it does mean there is extra device it has to travel through to get to when Internet music streaming.

So two questions if anyone can help:

Change the Orbi from router mode (default) to access point mode and the problem will go away.

Thank @XMB I found the option, and will try out tomorrow. Can you explain the differences between the two?

Hi @Deeg thanks for this option, I’ll also try this out tomorrow, as they are both currently setup with a DHCP server enabled

Basically you need them to be in the same street. It sounds as you may have them in different towns.

The dhcp server has to allocate one ‘set’ of adresses to the whole network.

As it currently stands you have two networks in your house, one under the control of the talktalk router/modem and the other under to control of the orbi box, which is also acting as a router for devices connected to it. By disabling the router/dhcp function on the orbi it becomes a gateway for the talktalk network rather than making one itself.
(This assumes your orbi is also connected to the talktalk box for internet traffic)

Having read up on this further, it looks like changing to Access Point is the method I should use and will try first tomorrow. Effectively it does disable its DHCP option, and puts control back to the modem. Fingers crossed

A router can and typically has a modem built in, or it connect to a modem via tye WAN Ethernet link (typically using PPPoE) if present.

You should ensure any wifi access point (whether mesh or not is totally irrelevant) is in bridge mode and does nothing else. Definitely ensure no NATing is used… that will interfere with many applications on your hone network, but will happily talk to the internet, and as said above ensure you have one and only one subnet, then the chances are everything can see each other and work.

The key message is keep it simple, and these days with so many third party products that seem to bamboozle consumers, ensure the devices are designed to work with each other… ie the wifi solution with your isp router etc.

Many thanks everyone. I first re-enabled my TalkTalk Router WiFi just in case I couldn’t get back onto the network after the change. Then simply changed the Netgear Orbi to be in AP (Access Point) mode, and it rebooted. 5 minutes later everything now gets a 192 address, and chrome cast now working. I then disabled the TalkTalk Router WiFi again.

The Netgear Orbi settings now have a lot of the areas greyed out, such as LAN and WAN settings. Unfortunately it also has lost the Security option where you could block certain website traffic, which was quite useful to add in a few spam sites. Unfortunately the TalkTalk router doesn’t have any such options. I may just add them to my hosts file to point them to an invalid address.

Many thanks for all your help - again you came up trumps!

If that functionality is important, is there an option to turn off the router functions of the talk talk box and just use it as a modem?, you could then re-enable the orbi as a router.

Not that I can see, I think they are designed to be limited for a single purpose, and to simplify what their customers might do in order to minimise support calls

Give the rep their support desk has, thats probably for the best

That is good, it sounded like you had the Orbi product trying to operate as a router before and now its operating correctly as a bridge on your LAN.
Most of the ‘security’ options will be for the router mode.

If you really want to use your Orbi as router, you will need to use a modem such as a DrayTek on your talk talk line, as I doubt the Talk Talk device will support PPPoE/A modem only mode . … but I don’t recommend it… keep it simple and let talk talk manage your router.

BTW you can manually adjust your hosts file on your client to intercept DNS… but probably better to subscribe to a commercial advert blocking service, as this is rather dynamic over time… and remember if the spam or advert is using CDNs… which large commercial ones will do, the actual domain name being used could be quite different to what you might think it is… and those CDN parent domain names might be being used by other services you want…
This is similar to services like Tidal… the actual domain name resolved for media transfer won’t be or very unlikely to be *.tidal.com, but instead the CDN provider domain names. Modern industrial web services are powered by CDNs… so different strategies are required these days… it was easier back in the 90s

Unfortunately it also has lost the Security option where you could block certain website traffic, which was quite useful to add in a few spam sites. Unfortunately the TalkTalk router doesn’t have any such options. I may just add them to my hosts file to point them to an invalid address.

Thanks Simon. When the Orbi was in full security mode, it has a free for 1 month Armour service that flagged up 4 spam addresses. Looking on the internet, they seem quite common, so I added them to the /etc/hosts file with a 0.0.0.0 address. I’ve already got a load of bitcoin sites added there. Just a simple added layer of security, on top of ad blocker that I have and all the other things. I would hope that TalkTalk already block a few. I also keep clear from Windows - partly from having just finished a career in IT, but also for the more relaxed nature of Apple products, so in theory there are less attacks aimed at me.

It certainly was easier in the 90’s. In those days we just had 3 letter abbreviated functions - now they have run out of those, the’ve added a load more

looking at the Kid Safe option

Will check that out, thanks

I’ve set up our router to use the cloudflare “1.1.1.1” service for families. It’s easy to do, just update your router DNS settings to use their servers. Take note of what’s there already so you can change it back again if you want.
Malware only Change your router DNS to:
1.1.1.2
1.0.0.2

Ok malware and phishing are specific threats as opposed to adverts etc.
I would ensure you have a contract, terms and conditions and you trust any DNS provider you use to act as a malware blocker if different from your ISP as they have all your browsing history and can be a threat themselves. 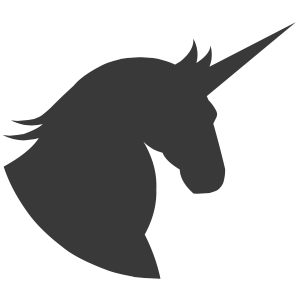 In the UK most leading ISPs provide these services often included as part of the service.
For example BT provides BT Virus Protect for viruses and BT Web Protect for malware and phishing… there are also family friendly protection options. I don’t know what Talk Talk offers.

I do recommend using your ISP DNS resolver if you can… for larger ISPs it will often provide (marginally) better performance as well as it will be authoritative for more resolution and be typically fewer hops away. But if you are using a smaller more niche ISP or basic ISP these third party options could be useful.
But also be mindful behind the scenes your DNS queries may be monitored or recorded by law / cyber enforcement agencies.

That’s a good read, thanks. Interesting that Norton did so well there, as when it used to come free on Curry’s PC’s, it was hopeless. Obviously that was written a while ago, and results will now be different. My son-in-law uses Googles DNS, but I bet they are more keen on their own advertising and not so much on security, wereas someone like TalkTalk will be keen on security - especially after their hack a few years ago , and again to keep any potential support calls down.

Yes, I personally would not use Google DNS.